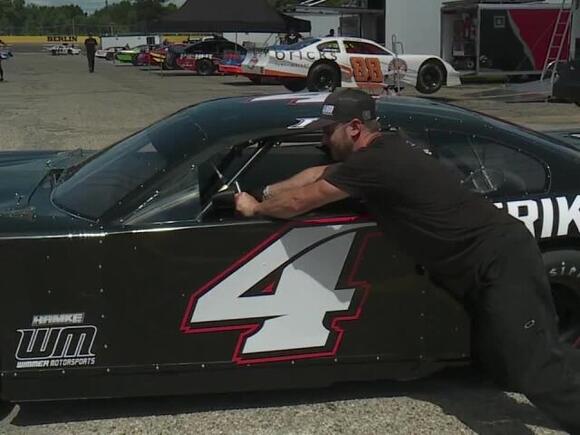 The first race of August is one of the biggest of the year for Berlin Raceway. NASCAR drivers along with local super-late model drivers will race 250 laps in Marne on Wednesday, August 10th for Battle at Berlin.

One of those is Portage native, Carson Hocevar, who is still healing from a broken tibia bone after a crash in early May. This will be the first time he races at Berlin this year.

"I mean I came back faster than I thought I would even. I told everybody at the start that I'm going to get to 60% (healed) very, very quickly but that last 40% is going to be very long and tedious. I still have my hurri-cane and I'm walking around looking like I'm 70 years old but it's just the little things of trying to just grow back the strength of it," said Hocevar.

Also racing on Wednesday is NASCAR Cup Series driver William Byron. He raced at Berlin earlier in the year for Money in the Bank and came out the winner of that race. He also most recently was at the Michigan International Speedway this past weekend for the Firekeepers 400. He finished in 12th place.

"I came here the first time actually in June and got a chance to see the track and it's an awesome crowd. The crowd here in June was really cool and just seeing how big the event is. And how many good super late model cars come out to this race is part of the reason we're here for sure," said William Byron.

Battle at Berlin races will start at 6:30pm on Wednesday August 10th.