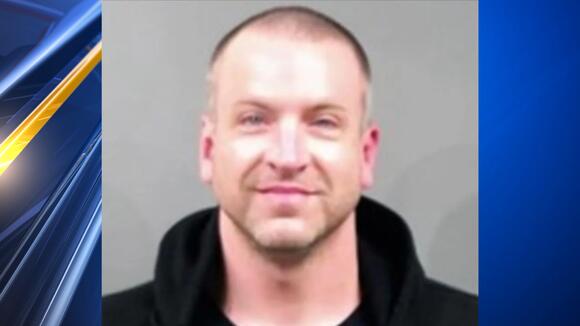 WICHITA, Kan. (KSNW) — Aaron Christian Wirtz, 37, a familiar face who appeared in local car commercials on local television outlets, was sentenced by a judge on Tuesday.

Wirtz pleaded guilty to one count of possession with intent to distribute >50 grams of methamphetamine on Dec. 21, 2021. He was sentenced to 72 months in prison and five years of supervised release.

On Jan. 7, 2020, the Wichita Police Department (WPD) served a narcotics search warrant at a home in the 200 block of N. Summitlawn . WPD said they found a pound of methamphetamine, two ounces of heroin, narcotic pills, a mushroom grow operation, drug paraphernalia, and two handguns inside the home.

Cities with the fastest-growing home prices in Kansas

He pleaded guilty to possession with intent to distribute >50 grams of methamphetamine as a part of a plea deal, and the other three charges were dropped.

WICHITA, Kan. (KSNW) — A jury has found a Wichita man guilty of rape, aggravated kidnapping and aggravated intimidation of a witness. The Sedgwick County District Attorney’s Office said the jury deliberated for two days before finding Patrick Newborn, 35, guilty of a total of 33 counts. One of the crimes happened in mid-September 2020. […]
WICHITA, KS・4 HOURS AGO
KSN News

In May, Shane Gaskill pled guilty to one count of wire fraud. On Monday, a judge sentenced him to 18 months in prison.
WICHITA, KS・2 DAYS AGO
KSN News

A 49-year-old Winfield man died when his Jeep crashed a couple of miles south of Winfield Tuesday.
WINFIELD, KS・1 DAY AGO
KSN News

WICHITA, Kan. (KSNW) — At least 54 cases are missing evidence, according to a 2021 audit of the Wichita Police Department’s (WPD) Property and Evidence facility. The newly released information comes just a day after the city manager pointed to multiple issues within the facility. This could mean cases could be thrown out, but Sedgwick […]
WICHITA, KS・1 DAY AGO

MCPHERSON, Kan. (KSNW) — McPherson County Crime Stoppers is looking for a suspected burglar. According to Crime Stoppers, on Monday, Sept. 19, the McPherson Police Department (MPD) was called to a Dollar General store in the 1400 block of N. Main St in McPherson for a commercial burglary alarm going off inside the store. Upon […]
MCPHERSON COUNTY, KS・2 DAYS AGO
KSN News

Wichita man arrested for stabbing another man over 30 times

A man from Wichita has been arrested by the Wichita Police Department (WPD) after stabbing another man over 30 times.
WICHITA, KS・2 DAYS AGO
KSN News

Former Cargill worker going to prison, must pay back $33.7M

A former Cargill senior employee has been sentenced to more than four years in prison for bribery and a kickback scheme that defrauded Cargill.
WICHITA, KS・6 HOURS AGO
KSN News

Wichita man in wheelchair killed after being hit by truck

WICHITA, Kan. (KSNW) — A man in a wheelchair was killed after being hit by a truck on Tuesday, Sept. 27. According to the Wichita Police Department (WPD), at 7:30 a.m., officers were dispatched to an injury accident at the intersection of Broadway and MacArthur. Upon arrival, officers say they located 68-year-old Charlie Jones, of […]
WICHITA, KS・4 HOURS AGO

Police: Victims say they were shot at in Wichita park

Wichita police are on the scene of a shooting in the 2200 block of S. Market, near Blake Street.
WICHITA, KS・2 DAYS AGO
KSN News

WICHITA, Kan. (KSNW) — A house fire in south Wichita caused tens of thousands of dollars worth of damages. The house fire broke out before 4 p.m. on Tuesday in the 2100 block of S. Madison Ave. According to Wichita Fire Department Battalion Chief Chad Dunham, upon arrival, flames could be seen coming from the […]
WICHITA, KS・23 HOURS AGO
KSN News

BUTLER COUNTY, Kan. (KSNW) — Back and better than ever, a Kansas man has returned to work as a paramedic following a lengthy health battle. “This is what I have always loved to do,” said Shawn Lamm. Lamm, 46, started with Butler County EMS in June of 2022, just a few months after receiving a […]
BUTLER COUNTY, KS・1 DAY AGO
KSN News

WICHITA, Kan. (KSNW) — A Wichita firefighter who had been battling cancer since 2018 has died. Curt Mohr officially retired on Sept. 7 after 28 years with the Wichita Fire Department. The department says that in 2018, Mohr was diagnosed with an aggressive cancerous brain tumor. He spent his final assignment with the department at […]
WICHITA, KS・1 DAY AGO
KSN News

The City of Wichita is hosting a media briefing at 3 p.m. on Monday, Sept. 26, in regard to the Wichita Police Department's property and evidence operations.
WICHITA, KS・2 DAYS AGO
KSN News

Former Kansan hunkers down ahead of possible Hurricane Ian flooding

WICHITA, Kan. (KSNW) – While there is concern over Hurricane Ian causing massive waves on the coast of Florida, one former Kansan who retired in central Florida is already taking action for possible floods. “We have heard it could be a big issue. That’s the way we understand it,” said former Sedgwick County Sheriff Robert […]
SEDGWICK COUNTY, KS・22 HOURS AGO
KSN News

WICHITA, Kan. (KSNW) — Politicians, as well a Kansas sports team and even Eric Stonestreet all had something to say about New York Mayor Eric Adams’s comment about Kansas having no brand. On Tuesday, Sept. 27, Adams held a news conference about his recent trip to Puerto Rico and the Dominican Republic in the aftermath […]
KANSAS STATE・22 HOURS AGO
KSN News

NEWTON, Kan. (KSNW) — Monday marked a much more quiet but somber day at the Fox Meadows apartment complex. According to the City of Newton, 15 residents of the fourplex were displaced as a result of a devastating fire Sunday. However, due to safety concerns, only two units were deemed safe enough to enter in […]
NEWTON, KS・1 DAY AGO
KSN News

WICHITA, Kan. (KSNW) — This week, we are introducing you to a family who, after years of hard work, has made their American dream come true. KSN’s Andrea Herrera talked with the co-owner of Las Delicias ICT and has her story. It all started as a side hustle for Santiago Castillo and his family. Preparing […]
WICHITA, KS・3 HOURS AGO
KSN News

DCCCA’s Women's Recovery Center is helping mothers get the treatment they need and keep their kids close by.
WICHITA, KS・9 HOURS AGO