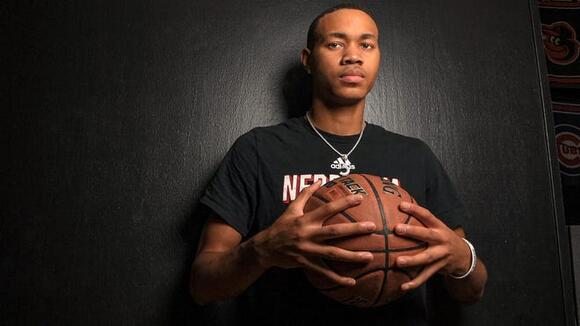 Tuesday afternoon, Coen Carr, a four-star basketball recruit and the No. 57 player nationally, according to the 247Sports.com composite database, announced his college decision via social media – the Lion’s senior forward will be playing for Tom Izzo and Michigan State in college.

Carr made his way to LEC, a dual enrollment charter school located on Woodside Avenue in Greenville, after spending two seasons playing at Dutchtown High in Hampton, Georgia.

The four-star recruit, who is the No. 2 overall recruit in the 2023 class in South Carolina behind Christ Church Episcopal School’s Jordan Butler, chose Michigan State over offers from Connecticut, Indiana, Tennessee, Georgia, Georgia Tech, N.C. State, LSU and South Carolina.

“His work ethic (defines him),” LEC boys basketball coach BJ Jackson told The Greenville News. “He’s probably got one of the best motors I’ve ever seen since I’ve been coaching. Plays hard, great teammate, always thinking about the next man … he’s one of those kids that if you tell him to run through a wall, he’s going to ask you, ‘How hard and how many times do you want me to do it?’”

Carr’s physical gifts are evident: At 6-foot-7, 200 pounds, he’s a freakish athlete with a second-leap that separates him as a rebounder and shot blocker. That showed when the Lions took on Indiana prep school powerhouse La Lumiere last year.

Jackson said that the biggest improvement he’s seen from Carr is his development “as a complete player.”

“He came in here, really, a lot of people didn’t know who he was,” Jackson told The News. “He had no recruiting profile as we say. Just his development, getting out there, getting exposure … he has probably one of the best second jumps that I’ve seen in a long time as well.

Jackson said that Carr’s been a player who younger students at LEC have looked up to and that he’s shown a lot of growth as a student and person since coming to play in Greenville.

Now Carr will get to continue his academic and athletic career in East Lansing, Michigan. The Spartans coincidentally played in Greenville during the 2022 NCAA Men’s Basketball Tournament and fell to Duke in the Round of 32. Last season the Spartans finished 23-13 on the year.

In 2019 Michigan State went to the Final Four.