Meet your new best friend: adopt a cat or dog for free at county shelters this month 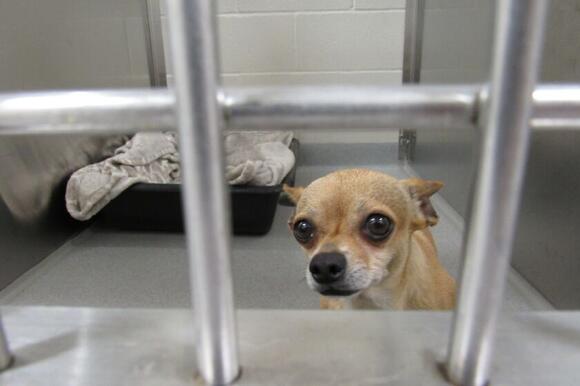 Prospective pet parents can adopt an animal for free from San Diego County animal shelters in Bonita and Carlsbad this month.

The county is waiving all adoption fees in August as part of "Clear the Shelters," a monthlong national program to find homes for animals in shelters. The fee holiday applies to all pets, including dogs, cats, birds, rabbits and guinea pigs. Fees are typically $100 for puppies and $75 for adult dogs, $75 for kittens and $60 for full-grown cats, said Kelly Campbell, director for San Diego County Animal Services.

The effort is important this year because shelters have been receiving more animals than they can adopt out. Since May 1 county shelters have received 1,103 dogs and 1,022 cats, but only 785 dogs and 562 cats were adopted out or reclaimed by owners. That creates a backlog when pets spend more than a month at the shelter.

"Right now we’re over 30 days for the average length of stay," Campbell said. "Some have been there for longer. ... We’d really like to get it down to a point where it’s two weeks or less."

Longer stays are stressful for the animals and strain the shelters' capacities, she said. The overflow of animals happens annually, as shelters fill up with "a tidal wave of kittens or an influx of puppies," each summer following breeding season, Campbell said.

Changes in pet ownership during the pandemic also affected adoption trends. Early on, shelter officials made pleas to potential pet owners, and many people working remotely during the lockdown welcomed new animals. After that initial pet rush, the demand dried up, Campbell said.

"We took two years' worth of adoptions spread out evenly over time and crammed it into a one-month period," she said.

Some people brought pets back to shelters after returning to work in person, she said. Others suffered job loss or other financial hardship during the pandemic and couldn't support the animals anymore. Shelters are full of medium to large adult dogs now, she said.

"So if there’s anybody who’s interested in a dog who isn’t going to be teething on your shoes and may not need to be house-trained, they’re ready to bond just like a puppy," Campbell said.

Animal services is also looking for people to foster pets while they wait for a new home, she said. To view available pets, go to the county's animal adoption page.