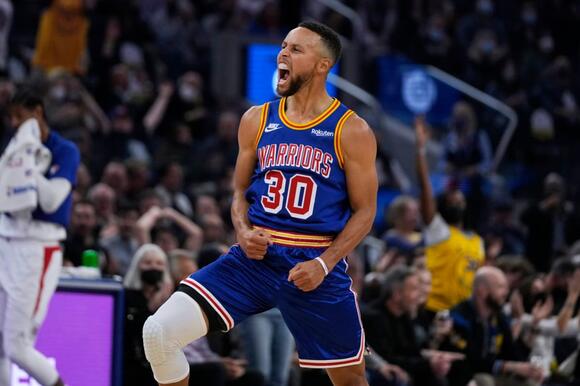 Having just secured his fourth title and first Finals MVP award, Steph Curry has forced even the haters to reevaluate their all-time rankings. With a missing Finals MVP being the last major critique on his historic career, albeit an illegitimate critique, Steph has quite literally silenced all the doubters.

When asked recently on a podcast if Steph Curry is top-10 all-time, LA Clippers G/F Terance Mann said, "Yes, yes, yes. There's no question. Most definitely. You can't play in an NBA game if you can't shoot a three right now. How is he not top-10 of all-time?"

Acknowledging that Steph Curry changed the game of basketball forever, Terance Mann knows he deserves his spot in the game's top-10 of all-time list. In addition to his revolutionary play, Steph has built a resume of winning and individual success that very few can rival.

Having seen it up close and from afar, Terance Mann has no question that Steph Curry is top-10 ever.

Two free agents are expected to sign with the Clippers
LOS ANGELES, CA・1 DAY AGO
AllClippers

John Wall made his LA Clippers debut in a pre-season win over the Portland Trail Blazers
LOS ANGELES, CA・1 DAY AGO
AllClippers

Three players have been removed from their roster.
LOS ANGELES, CA・1 DAY AGO
AllClippers

Kawhi Leonard has improved his body to be better than before.
LOS ANGELES, CA・1 HOUR AGO
All 76ers

Sixers vs. Cavs: What Stood Out for Philly in Preseason Game 2

The Philadelphia 76ers continued their preseason on Wednesday night against the Cleveland Cavaliers.
PHILADELPHIA, PA・30 MINUTES AGO
WolverineDigest

The LA Clippers will have two key pieces back during the pre-season
LOS ANGELES, CA・4 HOURS AGO