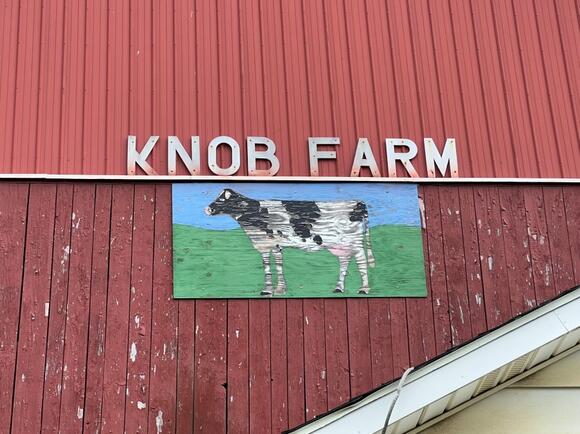 Knob Farm located in Grampian Pennsylvania will no longer produce milk commercially for local communities. Earlier this year with the rising rates of inflation the farm was put in a pinch, like many other Americans.

However, things escalated in June when the farms owner Jeff Wriglesworth was injured. A week later he was forced to sell all the dairy cows the farm owned.

Blair County church to hold annual Festival in the Shade

“We’ve sorta made the decision to not milk cows again, we might on a small scale and maybe sell some local jug milk or something like that but to get into it commercially, we won’t do it,” Wriglesworth said.

In 1842 the first Wriglesworth family member would own the farm and set the ground for the next 180 years.

“The farm came into the family in 1842. The original owners, their name was Hoover, their daughter married my great-great-grandfather. His name was Elijah Davidson he’s pretty much the one that established the buildings and cleared the ground,” Wriglesworth said.

In 1927 during the depression, Jeff Wrigleswoth’s grandmother and grandfather purchased the farm. The family sold butter, eggs, chickens, and baked goods in Clearfield every week to pay the mortgage.

Looking back through time some of Wriglesworth’s favorite memories is working with his family.

“Working with my family, I’ve had trouble with this since we sold the cows, I worked with my grandad, dad, my kids, and now my grandkids, and that’s been it that’s what made it special,” Wriglesworth said.

Knob Farm was first founded in 1842 but the land was originally obtained in the late 1600s by a local physician. The physician obtained the land after William Penn deeded it to him.

For now, the farm will continue on a smaller scale and Wrigleswoth hopes to raise a few beef cows in the future.

no words can be said that more perfectly describes what is going on all over democratic run America. remember these people when you vote.