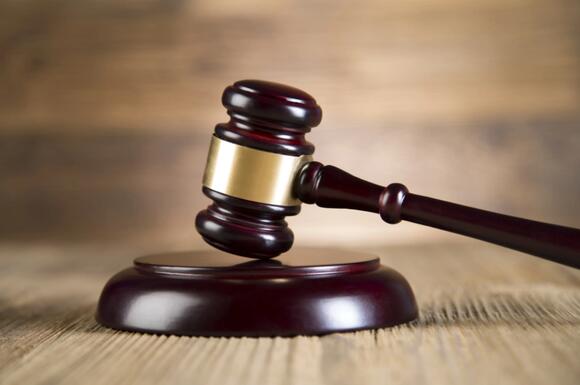 The man sentenced to life in prison after being convicted in the 2009 fatal stabbing of a woman in Fort Collins has been granted a new trial.

A jury found Horacio Pasillas-Rodriguez Jr., now 33, guilty of first-degree murder in April 2011. Prosecutors say he stabbed 21-year-old Elizabeth Olivas, the sister of his girlfriend at the time, 125 times inside their home in December 2009.

Pasillas-Rodriguez was sentenced to life in prison without the possibility of parole minutes after the jury delivered its verdict. He was 20 years old at the time. Life in prison is the mandatory sentence for a first-degree murder conviction in Colorado.

But Pasillas-Rodriguez has maintained his innocence since the beginning of the case, telling investigators an unknown intruder came into the townhome about 6 a.m. after everyone except he and Olivas went to work. He said he attempted to fight off the intruder before the unknown man went into Olivas' room and stabbed her to death.

Judge Stephen Jouard granted the defense's request for a new trial at the end of July.

The bloodstain expert who testified on behalf of the prosecution in the first trial "was a significant factor in the jury's verdict and, had the defense rebutted the state's bloodstain expert with their own, the result at trial would likely have been different," Polansky said in the email.

A 12-day jury trial has been scheduled to start Dec. 5, but that trial will likely be delayed.

Polansky said during the July 29 hearing that she planned to file a counter appeal if the district attorney's office appealed the judge's ruling.

Polansky represented Pasillas-Rodriguez in a previous appeal attempt in July 2019, when she argued in a court hearing that further DNA testing of evidence would prove Pasillas-Rodriguez's story that an intruder committed the murder.

"This is a wrongfully convicted young man," Polansky said in the July 2019 hearing.

Judge Julie Field denied the request for post-conviction DNA testing in August 2019, according to the 8th Judicial District Attorney's Office.

Pasillas-Rodriguez’s court documents in this case remain suppressed from public view, including documents relating to his recent appeals.

He is next scheduled to appear in court Sept. 16.

All suspects are presumed innocent until proven guilty in court. Arrests and charges are merely accusations by law enforcement until, and unless, a suspect is convicted of a crime.