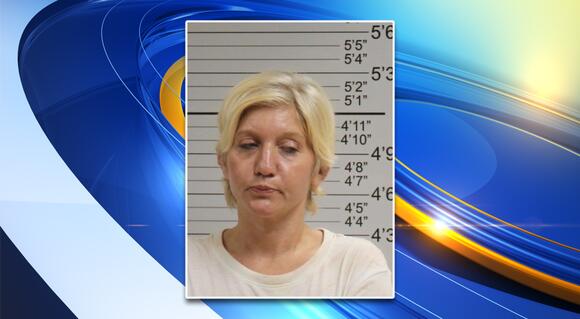 SOMERSET COUNTY, Pa. ( WTAJ ) — A Hollsopple woman is behind bars after allegedly setting a car on fire using the “Wicca Book of Spells” and holding a loaded gun to her ex’s head.

On July 30, 47-year-old Kristy Malzi set a 2012 red Ford Focus on fire at BK’s Klassics in Stonycreek Township, according to charges filed. BK’s Klassics is a used car dealership where it’s alleged she went to confront her ex-boyfriend. She also reportedly pointed the barrel of a loaded shotgun at his head, and an employee had to come help get her out of the building.

Police noted that the car had extensive fire damage to the driver’s seat, door panel and headliner. There was also heat and smoke damage to the entire interior. Furthermore, police found that there were several scorched pages from the “Wicca Book of Spells” near the vehicle. Malzi’s ex told police that she practiced witchcraft.

In an interview with police, Malzi’s ex said that she came to the dealership and threatened to kill him and her mother, claiming that they were tracking her movements, according to the affidavit. He alleged that Malzi then grabbed a loaded 410 shotgun that was inside the office and pointed it at his head. The man said he grabbed the barrel and struggled with Malzi as she struck him several times.

The man told police that he struck Malzi, causing her to stumble back. He then said he managed to call for help from a fellow employee to get Malzi out of the building. The employee helped lock all the doors to prevent Malzi from re-entering the building, police noted.

Within a minute after Malzi was outside in the parking lot, the employee told police he saw the Ford Focus on fire. He managed to put the fire out with a fire extinguisher. The employee also said he noticed burnt pages from a book inside the engine compartment of a vehicle he was working on when Malzi arrived.

Police wrote in the affidavit that Malzi set the car on fire by igniting pages from the book and placing them on the driver side front seat through an opened window.

Malzi was arraigned Monday on one felony count of reckless burning or exploding on property worth over $5,000 as well as minor counts of terroristic threats and simple assault.

She’s currently lodged in Cambria County Prison after failing to post 10 percent of her $25,000 cash bail.