Inside The Rockets brings you the latest news, highlights, and analysis surrounding the Houston Rockets. 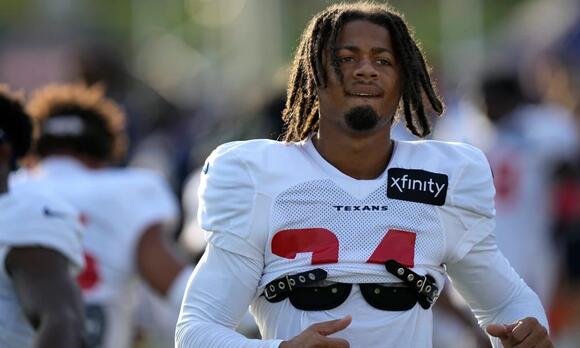 HOUSTON — When coach Stephen Silas left the Houston Methodist Training Center Friday morning, he departed in astonishment. Silas had an opportunity to learn that the parallels between the Houston Rockets and Houston Texans are more profound than what was on the surface.

Through conversations with general manager Nick Caserio and coach Lovie Smith, the most significant revelation to Silas was the common bond the two franchises share over the use of analytics .

But before he held a conversation with Caserio and Smith while observing Day 6 of Texans training camp . Silas already had an idea of the Texans' young corps, headline by rookie cornerback Derek Stingley Jr.

Stingley, who the Texans drafted with the No. 3 selection of the 2022 NFL Draft in April, reminded Silas of the Rockets lottery pick in Jabari Smith Jr. — another top prospect Houston landed third overall during the NBA draft in June.

Both Smith and Stingley have showcased promise for their respective franchises ahead of their rookie campaigns in Houston.

Smith participated in the NBA's Summer League tournament in Las Vegas, where he appeared in five games averaging 14.4 points on 37.7 percent shooting from the field, 9.4 rebounds, 1.6 steals and 1.4 blocks for the Rockets.

A Lisfranc injury in September resulted in a slow ramp-up period for Stingley entering training camp. But since Day 4 of training camp practice on August 1, Stingley has been a near full go.

Following training camp practice on Tuesday, Stingley has recorded three interceptions and has established himself as a punt returner for the Texans in 2022.

Want the latest in news and insider information on the Houston Rockets? Click here

Always the quintessential professional, J.J. Watt stuck to his regular pre-game ritual on Sunday at Bank of America Stadium in Charlotte, N.C. The Cardinals’ veteran defensive end did his solo pass-rushing shadow work against a goal post at one end of the arena, did some private stretching in the end zone, then would return in uniform to finish his normal routine. ...
NFL・25 MINUTES AGO
On3.com

Wolverines in the NFL: 'Menace' Rashan Gary making an early case for Defensive Player of the Year honors

Rockets vs. Spurs Preseason Notebook: The Feeling Of Encouragement

Despite watching a pair of rookies combined for 41 points, coach Stephen Silas was most encouraged by the Houston Rockets' defensive production during their preseason win against the Spurs.
HOUSTON, TX・4 HOURS AGO

Following a 21-point performance during the Houston Rockets preseason win against the Spurs, Jabari Smith Jr. gave praise to his teammates.
HOUSTON, TX・23 HOURS AGO
Inside The Rockets

The Houston Rockets will host the San Antonio Spurs to open their first of four preseason games.
HOUSTON, TX・2 DAYS AGO

Inside The Rockets brings you the latest news, highlights, and analysis surrounding the Houston Rockets.