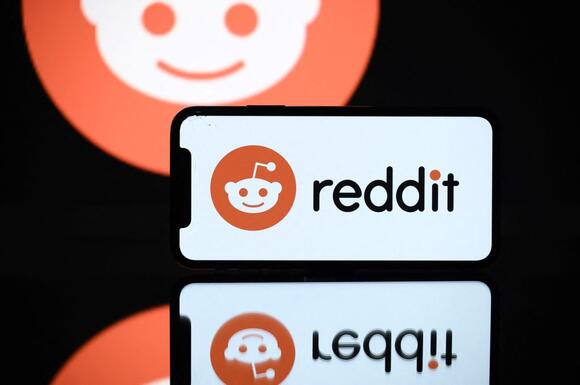 Reddit users will now be able to buy Ethereum directly in the social media platform’s app thanks to a partnership with FTX, the giant crypto exchange announced Tuesday .

The new partnership involves a product called FTX Pay, which allows merchants to accept both crypto and fiat—and, in Reddit’s case, means users won’t need to leave the app to buy Ethereum.

The development may seem incremental, but it’s part of a broader push to combine Reddit and blockchain technology like crypto and NFTs, which the company has increasingly adopted. In 2020, the company launched “community points” which gives users in two subreddits the ability to earn blockchain rewards for submitting “quality posts and comments.”

The points determine a user’s reputation and appear next to the username. They can be used within subreddits to give users with more points increased influence in polls about how the group should be run or to buy special memberships and rewards, among other things. The key is that the community points exist on the blockchain and are fully owned by the users, leaving the door open for them to be used in other yet-to-be-developed applications, which would give the points more utility.

The partnership with FTX signals that Reddit wants to make community points more widely available to non-crypto natives. Using the community points means making a transaction on the blockchain, which requires users to spend crypto, in this case Ethereum, to pay fees to the network to validate the transactions. For the average Reddit user, this process may be confusing, but through the FTX partnership, non-crypto-savvy customers can buy the cryptocurrency they need to use their “community points” directly through the Reddit app with dollars.

This way users can avoid confusion, which will ease adoption of the community points feature. Reddit has not confirmed when it will expand the community points program beyond the two subreddits it is testing the feature in, but the FTX partnership shows that the company is serious about onboarding non-crypto native users. This could be beneficial for Reddit, but also for FTX.

"Reddit has over 400M (monthly) active users which makes this one of the biggest consumer initiatives in Web3. On top of that, we are always excited about uses of blockchain with deeply embedded utility, which is Community Points. Reddit users and communities will be able to be more empowered and open,” Amy Wu, head of FTX Ventures, said in an email.

The implications of expanding the community points program to Reddit’s active daily users, who numbered 52 million in 2020, according to the Wall Street Journal , could be significant for the crypto industry. Reddit said that cryptocurrencies were its most viewed topic in 2021 , meaning there is already interest among Reddit users for the technology. Reddit has already begun testing the feature in two of the social media website’s most popular communities, r/Cryptocurrency and r/FortNiteBR, which have more than seven million members between them.

Reddit’s most recent foray into crypto is just the latest of a series of initiatives aimed at integrating the company more with Web3 tech. The company started accepting Bitcoin payments for its premium membership in 2013, before discontinuing the program in 2018 . Following in the footsteps of Twitter , the company launched a marketplace in July where users can buy NFTs called “collectibles” to display as their profile pictures.

Elon Musk received an offer worth billions from Sam Bankman-Fried for a joint venture on Twitter. When Elon Musk made his now-imperiled $44 billion offer to buy Twitter in April, it seems the tech entrepreneur was a bit picky about choosing his business partners. Musk’s high-profile attempt to take over...
BUSINESS・2 DAYS AGO
Fortune

The billionaire FTX founder has had his eye on social media for months.
INTERNET・2 DAYS AGO
Fortune

Coral, the company behind Anchor, the popular framework that Solana developers use to write smart contracts, wants to create the Web3 version of the Apple app store. To do so, it’s launching a different kind of wallet platform called Backpack. With Backpack, users can store tokens and NFTs but...
CELL PHONES・4 DAYS AGO
Fortune

Solana founder Anatoly Yakovenko on ‘the biggest bottleneck in crypto’

To Solana Founder Anatoly Yakovenko, self custody is “the biggest bottleneck in crypto.”. Anatoly Yakovenko, the founder of Solana, sees a long road ahead when it comes to potential mainstream adoption of crypto. “I honestly think it’s gonna be kind of slow because of this mental barrier to self...
MARKETS・4 DAYS AGO

Yat Siu, the cofounder of Animoca Brands, said he's not a fan of a Apple's 30% tax on in-app NFT sales. While some companies and platforms, including Microsoft and Minecraft, have banned NFTs outright, Apple last week embraced the technology by allowing apps in its App Store to sell them—so long as it still gets the same 30% cut of in-app sales.
VIDEO GAMES・1 DAY AGO
Fortune

Bill Gates, pictured in July 2022, told Bloomberg’s “Zero” podcast that "not many people are prepared to be worse off because of climate requirements." Climate change will never be solved by asking or expecting others to live greener lifestyles, according to Bill Gates. Speaking on Thursday’s episode...
ECONOMY・2 DAYS AGO
Fortune

Denmark’s Queen just stripped 4 of her grandchildren of their royal titles so that they can ‘shape their own existence.’ The kids and their parents aren’t happy

Only four of eight grandchildren will retain their royal titles. Royalty in Europe is declining ever further as princes and princesses across the continent are losing their official statuses. In a bid to protect the youngest royals from the pressures of public life, the Queen of Denmark has stripped four...
EUROPE・3 DAYS AGO
Fortune

Members of the Workers Assembly Against Racism gathered across from Jeff Bezos-owned Whole Foods Market in Union Square South for a nation-wide solidarity event with the unionizing Amazon workers in Bessemer, Alabama. Amazon is trying to slim down the number of people coming into its offices by encouraging its call...
BESSEMER, AL・3 DAYS AGO

Billionaire MacKenzie Scott just filed for divorce. Here’s what we know about how it affects her fortune

Representative of the Main Directorate of Intelligence of Defense Ministry of Ukraine Vadym Skibitsky says Ukraine’s military intelligence has put the threat of nuclear weapons from Russia at “very high.”. Fears of nuclear war are mounting across the West as Russia mobilizes hundreds of thousands of troops and...
POLITICS・2 DAYS AGO
Fortune

The cost of divorce is ‘like the death of a thousand cuts.’ Inflation is only making it worse 

The average cost of divorce is $15,000. The financial and emotional toll, from people who went through it. For nearly a year after Jerry Proctor and his ex-wife separated, the once-couple continued to live together in the house they rented throughout their marriage. The arrangement made an already fraught time...
RELATIONSHIP ADVICE・3 DAYS AGO
Fortune

Employees are afraid they’ll be fired first in layoffs if they’re working remotely. They could be right

Nearly 80% of American workers fear remote workers will be laid off first if a recession leads to layoffs. For months, bosses have all but gone door to door preaching the good word of returning to the office. It was the only way, they said, to ease inflation and for workers to protect themselves from looming layoffs.
BUSINESS・4 DAYS AGO
Fortune

Virgin Atlantic is relaxing its uniform rules to allow staff to wear clothing at work that expresses their gender identity. Forced gender conformity has no place in the skies, billionaire Richard Branson’s airline Virgin Atlantic is telling its staff. The airline has changed its uniform policy to offer all...
INDUSTRY・4 DAYS AGO
Fortune

If you paid off your federal student loans during the COVID-19 pandemic, you may still be eligible for Biden’s forgiveness. Here’s how

Borrowers who regret paying off their student loans during the COVID-19 pandemic may be able to get a refund and benefit from the one-time forgiveness. Borrowers who paid off the remaining balance of their federal student loans during the coronavirus pandemic may lament narrowly missing out on President Joe Biden’s recently-announced widespread forgiveness effort.
EDUCATION・4 DAYS AGO
Fortune

The average adult will be worth $100,000 in two years. But the reality isn’t as great as it sounds

$100,000 is no small sum. After all, it’s the cost of cloning two pet dogs like Barbara Streisand once did and the projected price of a ticket to space in 10 years. It’s also the projected net worth of the average adult in 2024. So finds a new...
BUSINESS・3 DAYS AGO
Fortune

Meet Taylor Price, a 22-year-old who wants to change the way Gen Z thinks about money

Taylor Price, also known as @pricelesstay online, is a 22-year-old Gen Z "financial activist." Taylor Price doesn’t consider herself a financial influencer. The 22-year old self-taught personal finance phenomenon, who has built a million-strong following on TikTok, calls herself a Gen Z “financial activist.” Price makes videos and produces content on all things money, from how to build and improve your credit score, to investing with less than $100.
RELATIONSHIP ADVICE・1 DAY AGO
Fortune

Vladimir Putin talks Friday at a ceremony in Moscow formally annexing four Russia-occupied regions of Ukraine. The U.S. on Friday sanctioned more than 1,000 people and firms connected to Russia’s invasion of Ukraine, including its Central Bank governor and families of Security Council members, after President Vladimir Putin signed treaties absorbing occupied regions of Ukraine into Russia, in defiance of international law.
FOREIGN POLICY・2 DAYS AGO
Fortune

Did the pandemic change your personality? It’s not just your imagination

A new study finds young adults had the most personality change as a result of the pandemic. People love personality tests. The well-known Myers-Briggs test—taken by 50 million people since the 1960s—asks a number of questions, then gives you a four-letter acronym describing your personality type, strengths, and preferences. It denotes whether you are an extrovert versus introvert, sensory versus intuitive, thinker versus feeler, and judger versus perceiver. Some identify themselves by their personality type, and even seek out others based on theirs, holding onto the idea that personalities are constant. But what if they’re not?
MENTAL HEALTH・4 DAYS AGO
Fortune

The potential to offshore white-collar work is not only real, but could be a “seismic” shock to knowledge workers, experts say. Workers who have been rejoicing about their ability to log on from anywhere might do well to consider the inverse situation: a worker somewhere else can probably do their job—for cheaper.
CAREER DEVELOPMENT & ADVICE・3 DAYS AGO
Fortune

Fed Chair Jerome Powell has made it clear: We aren’t watching the U.S. housing market normalize, we’re watching it “reset” through a “difficult correction.”. “For the longer term what we need is supply and demand to get better aligned so that housing prices go up at a reasonable level and at a reasonable pace and that people can afford houses again. We probably in the housing market have to go through a correction to get back to that place,” Powell told reporters last week.
LAS VEGAS, NV・3 DAYS AGO