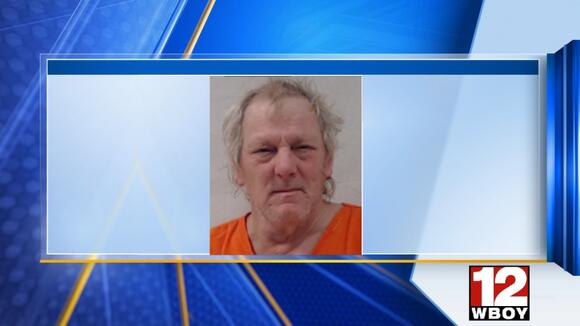 JANE LEW, W.Va. (WBOY) — A man has been charged for allegedly keeping a woman captive at gunpoint in a camper in Lewis County.

On Friday, deputies with the Lewis County Sheriff’s Department responded to a reported hostage incident at a camper located on Westfield Road in Jane Lew, according to a criminal complaint.

Prior to deputies arriving on the scene, the caller, a female victim, stated that Rodney Townsend, 56, held her “hostage at gunpoint.” She said that at the time of the call, Townsend “had left the camper and was going across the field,” deputies said.

Man charged after deputies find cocaine and meth inside camper

When deputies arrived on the scene, they observed Townsend in the field nearby, but reported that he “left the area into the woods.”

Deputies spoke with the victim, and she stated that Townsend “had struck her on Wednesday alongside the head,” and “aimed a gun at her and threatened to kill her if she would leave,” deputies said.

The victim reported that while she was being held in the camper, Townsend told her “she would not go anywhere unless she was dead.” She also stated that Townsend “would not allow her to leave the camper and had it locked,” according to the complaint.

Townsend has been charged with kidnapping and wanton endangerment. He is being held in Central Regional Jail.

A Buckhannon couple was charged with child neglect after police were called on them three times in one night for arguments and impairment around a 3-year-old
BUCKHANNON, WV・3 HOURS AGO
WBOY 12 News

A man has been charged after officers found fentanyl and a firearm while executing a search warrant at a residence in Fairmont.
FAIRMONT, WV・2 HOURS AGO
WBOY 12 News

A woman has been charged after admitting to driving in Bridgeport with three children in her vehicle after she drank a 12-pack.
BRIDGEPORT, WV・4 HOURS AGO

2 arrested after high speed chase on I-79

Court dates for the last two defendants accused of conspiring to commit first degree murder in the death of notorious Boston gangster James “Whitey” Bulger at USP Hazelton in 2018 have been set after Sean McKinnon, 36, was arraigned Friday.
CLARKSBURG, WV・8 HOURS AGO
WBOY 12 News

West Virginia woman gets life for killing parents in fire

A West Virginia woman who set a fire that killed her parents three years ago when she was 16 has been sentenced to life, but will be eligible for parole in 15 years.
DAVISVILLE, WV・3 DAYS AGO

A Fairmont man this week pleaded guilty to one count of possession with intent to distribute fentanyl.
4 DAYS AGO
WBOY 12 News

MORGANTOWN, W.Va. – West Virginia University has issued a campus warning to students and employees following a report of a shot being fired. According to a press release, the university is encouraging people to be vigilant after University Police received a report of a single shot fired into the air in the Area 1 parking […]
MORGANTOWN, WV・2 DAYS AGO
WBOY 12 News

3 people taken to UHC after 3-vehicle accident in Bridgeport

Three people were taken to the hospital after a three-vehicle accident in Bridgeport.
BRIDGEPORT, WV・3 DAYS AGO
WBOY 12 News

For the 5th year, the West Virginia Diabetic Walk For Wellness was hosted by Webster Insurance Agency at the Bridge Sports Complex in Bridgeport.
CLARKSBURG, WV・1 DAY AGO
WBOY 12 News

What to expect at the Preston County Buckwheat Festival

The Buckwheat Festival kicks off in Preston County this week, with activities starting as early as Tuesday.
PRESTON COUNTY, WV・7 HOURS AGO
WBOY 12 News

A former Westover city councilman, who was outspoken during controversies surrounding the city and its police department, has filed a federal lawsuit against the city, its former mayor and others.
WESTOVER, WV・3 HOURS AGO
WBOY 12 News

Randolph County superintendent Debra Schmidlin went before the Randolph County Commission to discuss the benefits of current prevention resource officers (PRO), and how she believes the county is in need of a third.
RANDOLPH COUNTY, WV・2 DAYS AGO
WBOY 12 News

On Sunday evening, the Wheeling University Cardinals were on their way back from their win against Alderson Broaddus University in Philippi when their bus got stuck in a ditch on the side of the road.
PHILIPPI, WV・23 HOURS AGO