Man kidnaps woman, gets arrested after she flags down police 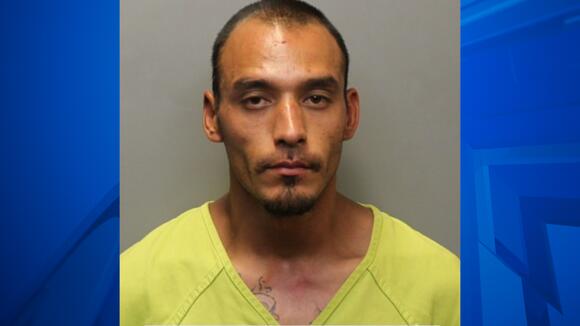 LARIMER COUNTY, Colo. ( KDVR ) — A man was arrested in Larimer County after he allegedly kidnapped a woman and she alerted police of the incident.

Just before 2 a.m. on Aug. 6, a Larimer County Sheriff’s Office deputy was flagged down by a woman near the 10100 block of West Highway 34 who said she was kidnapped and believed the man was armed.

Additional resources arrived at the scene and Abraham Martinez, 33, was taken into custody without incident.

Since Martinez’s last known address is in the city limits of Greeley, investigators determined the woman was taken there and contacted the Greeley Police Department. The department will be taking over the kidnapping investigation.

A fight involving the custody of a couple's children is what led up to the shooting and killing of an Arvada police officer, an arrest affidavit said.
ARVADA, CO・4 HOURS AGO
FOX31 Denver

Shoplifters could get jail time if ordinance passes

A fiery discussion is expected as the city council votes on whether to send shoplifters to jail.
AURORA, CO・1 HOUR AGO
FOX31 Denver

A hit and run that happened early Sunday morning has left one man dead and the person police believe to be responsible in custody.
AURORA, CO・1 DAY AGO
FOX31 Denver

Police in Fort Collins rescued two women and arrested the man accused of holding them in a domestic violence hostage situation.
FORT COLLINS, CO・1 DAY AGO

A suspect is still at large Sunday morning after two men were found in a parking lot with gunshot wounds around 2:12 a.m., one of which has since died.
AURORA, CO・1 DAY AGO
FOX31 Denver

Investigators found an "inadequacy of effort" in the work of a former child caseworker, who's come under scrutiny since she was charged with filing a false report against a political rival.
ARAPAHOE COUNTY, CO・3 HOURS AGO
FOX31 Denver

Investigators are asking for the public's assistance in locating the suspect they believe is responsible for a robbery that happened in Aurora on Sept. 19.
AURORA, CO・2 DAYS AGO

Officers were called to Children's Hospital Colorado Anschutz Medical Campus just after midnight on Saturday after a man allegedly entered with a handgun.
AURORA, CO・2 DAYS AGO
FOX31 Denver

Just two days after Boulder County signed a $400,000 lawsuit settlement for using a Taser on a woman who was in a restraint chair, a Boulder County Sheriff's sergeant did the exact same thing.
BOULDER COUNTY, CO・3 DAYS AGO
FOX31 Denver

An improper turn and deadly crash, but who’s at fault?

Family members of a man who died in a crash are questioning why the other driver involved, a police officer who made an improper turn, was not cited or ticketed.
DENVER, CO・3 DAYS AGO

An attempted abduction was caught on camera outside of a grade school in Thornton Friday morning and police are asking for help to catch the suspect involved.
THORNTON, CO・3 DAYS AGO
FOX31 Denver

The Thornton Police Department is investigating an attempted abduction that happened at STEM Launch on Friday morning.
THORNTON, CO・3 DAYS AGO
FOX31 Denver

FOX31 obtained body camera video Friday morning showing a Platteville Police Department vehicle parked on railroad tracks before a train crashed into it while a woman was detained in the backseat.
PLATTEVILLE, CO・3 DAYS AGO
FOX31 Denver

There was a large police presence in the area of Alameda and Galena after an officer-involved shooting.
DENVER, CO・2 DAYS AGO
FOX31 Denver

Suspect robs same Aurora bank twice within days of each other

A bank was robbed twice in three days by what officials believe is the same suspect. A hefty reward is now being offered up to anyone who can help find the man police believe is responsible.
AURORA, CO・3 DAYS AGO
FOX31 Denver

The Denver Police Department was investigating a crash between a motorcyclist and a motorist on East 46th Avenue and North Fairplay Way just before 1 p.m. on Saturday.
DENVER, CO・2 DAYS AGO
FOX31 Denver

Detectives with the Longmont Police Department are asking for the public's help when it comes to identifying a few different suspects wanted for stealing wallets out of purses in local stores.
LONGMONT, CO・2 DAYS AGO