On Monday, 35-year-old Kristopher Alan Hite of Homosassa, Florida, was arrested for Attempted Vehicular Homicide and Child Neglect as a result of a Road Rage incident.

According to investigators, on July 28, 2022, the Citrus County Sheriff’s Office (CCSO) responded to a motor vehicle crash that occurred near the 8000 block of North Suncoast Boulevard in Crystal River.

The crash involved a motorcycle and an SUV, following a verbal altercation between the motorists at a stoplight. 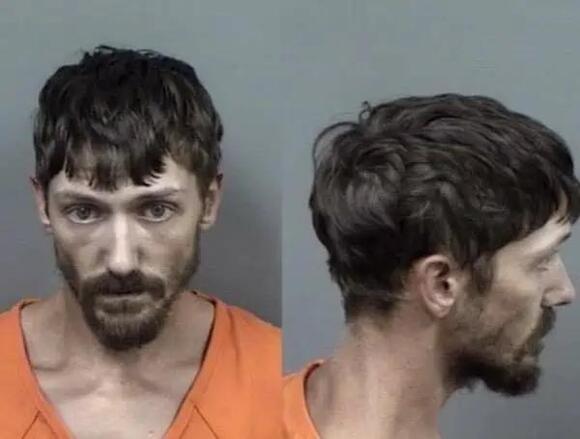 Hite was traveling with his girlfriend and young son. As Hite saw the motorcyclist approach from behind, he swerved into the right/outside lane and struck the victim and his motorcycle, causing both the victim and motorcycle to flip repeatedly in the air violently. The victim was put on life support and was in critical condition due to his injuries.

A thorough investigation determined that the crash resulted from an intentional act. Contact was then made with Hite who was arrested.

“This incident was irresponsible and preventable,” stated Citrus County Sheriff Mike Prendergast. “Allowing a negative interaction with another motorist to escalate to Road Rage puts everyone in jeopardy and demonstrates a reckless disregard for other motorists and passengers.”

Hite is being held at the Citrus County Detention Facility on a $15,000 bond for attempted vehicular homicide and $2,000 for child neglect, a total bond of $17,000.

Visit Tampafp.com for Politics , Tampa Area Local News , Sports , and National Headlines . Support journalism by clicking here to our GiveSendGo or sign up for our free newsl etter by clicking here .

Copyright 2022 The Free Press , LLC, tampafp.com . All rights reserved. This material may not be published, broadcast, rewritten, or redistributed.

HILLSBOROUGH COUNTY, Fla. – Hillsborough County Sheriff’s detectives arrested a man involved in an altercation that left a man dead hours later. On September 27, 2022, at 6:35 p.m., Hillsborough County Fire Rescue got a call about an unresponsive man found lying in the parking
RUSKIN, FL・1 DAY AGO
The Free Press - TFP

TAMPA, Fla. – The Tampa Police Department is currently investigating a shooting that occurred early this morning near 2200 N Oregon Ave. and needs your help. Tampa Police Chief Mary O’Connor said that a homeless family of five, consisting of 3 young children, a
TAMPA, FL・22 HOURS AGO
The Free Press - TFP

PASCO COUNTY, Fla. – Pasco Sheriff’s Office is currently investigating a suspicious incident that occurred yesterday in the parking lot of a business in the 1500 block of Little Rd. in Trinity. According to deputies, a juvenile was walking through the parking lot around 6
TRINITY, FL・1 DAY AGO

TAMPA, Fla. – A Tampa man has been sentenced to prison after driving around in Hillsborough County and brandishing a firearm on Instagram Live, as a convicted felon. Antwan Brown, 22, Tampa, was sentenced to 18 months in federal prison for possessing a firearm as
TAMPA, FL・19 HOURS AGO
The Free Press - TFP

TAMPA, Fla. – The Tampa Police Department is investigating a shooting that occurred early Wednesday morning on the 2200 block of N Oregon Ave, leaving a pregnant mother injured. At approximately 4:30 AM, a family of five was sleeping in their vehicle in a parking
TAMPA, FL・21 HOURS AGO
The Free Press - TFP

Florida Man Robs Woman At Hotel, Tries To Run And Swim From The Cops

TAMPA, Fla. – One Florida man found out the hard way, that robbing someone and trying to run, and swim from the cops, isn’t going to work. Your Tampa Department Aviation, Marine, Dive, and Patrol teams worked together to catch a fleeing robbery suspect. According
TAMPA, FL・3 DAYS AGO
The Free Press - TFP

PASCO COUNTY, Fla. – Pasco Sheriff’s Office is proud to announce they are the newest members of the Missing Kids Readiness Program, developed by the National Center for Missing & Exploited Children (NCMEC). This program promotes best practices when responding to calls of missing,
PASCO COUNTY, FL・1 DAY AGO
The Free Press - TFP

Orbs On Camera In The Skies Over Florida: Ninth In Series

By: Phillip Davis Part nine of the series continues with the last two sets of Orbs photographed on April 27, 2020. Two identical unprocessed and unaltered photographs contain eight Orbs that I pulled from the original and processed for best clarity and as to the
FLORIDA STATE・20 HOURS AGO
The Free Press - TFP

DUNEDIN, Fla. – City of Dunedin officials discovered a cybersecurity incident impacting its network environment on Tuesday, October 4, 2022. “At this time, a comprehensive investigation is ongoing. We will provide additional updates as appropriate,” said the city. The City Water and Wastewater Treatment facilities
DUNEDIN, FL・21 HOURS AGO
The Free Press - TFP

CLEARWATER, Fla. – The Clearwater Police Department will host National Night Out on Tuesday at Countryside Mall. The event will run from 5 to 8 p.m. at the mall, located at 27001 U.S. 19 N. It’s a family-friendly event that is fun for all
CLEARWATER, FL・2 DAYS AGO