Its mix of genuine and reliable advice alongside entertaining and fun to read editorial content is why millions of people trust TechRadar to give them tech advice on everything from the latest smartphone releases to the best in digital cameras.

Windows 11 and Windows Server 2022 users whose devices run on some of the newest processors are at risk of losing their data, Microsoft has warned.

"Windows devices that support the newest Vector Advanced Encryption Standard (AES) (VAES) instruction set might be susceptible to data (opens in new tab) damage," the company said in its warning.

It was explained that the devices affected by this problem use either AES-XTS, or AES-GCM block cipher modes. Microsoft did not say how the flaw manifests itself and how would users know if they were affected. It did say that it fixed the issue with software patches that it released on May 24 and June 14.

The fixes do come with quite a large caveat, with some reports claiming they will slow the endpoints severely, with AES-based operations possibly twice as slow as before applying the patch.

"We added new code paths to the Windows 11 (original release) and Windows Server 2022 versions of SymCrypt to take advantage of VAES (vectorized AES) instructions," Microsoft said. "SymCrypt is the core cryptographic library in Windows. These instructions act on Advanced Vector Extensions (AVX) registers for hardware with the newest supported processors."

Data loss, be it through disaster, or theft, is a major challenge for organizations nowadays, which is why experts recommend making sure all data is backed up (opens in new tab), and the backups are regularly tested.

Via: BleepingComputer (opens in new tab) 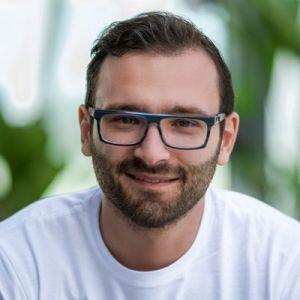 Sead is a seasoned freelance journalist based in Sarajevo, Bosnia and Herzegovina. He writes about IT (cloud, IoT, 5G, VPN) and cybersecurity (ransomware, data breaches, laws and regulations). In his career, spanning more than a decade, he’s written for numerous media outlets, including Al Jazeera Balkans. He’s also held several modules on content writing for Represent Communications.

The attacker that recently breached LastPass lurked around the network for days before being spotted and eliminated, the company has confirmed. A blog post (opens in new tab) published by the password manager's CEO Karim Toubba revealed that the attacker spent some four days on the compromised network. During that...
TECHNOLOGY・10 DAYS AGO
TechRadar

Uber has shared more details on its recent data breach, sharing details on how it happened, what the impact was, and who it thinks was (most likely) to blame. In a security update (opens in new tab), Uber said a threat actor purchased an Uber EXT contractor’s login credentials from the dark web, and managed to log into the account after the contractor accepted a two-factor login request from the secondary endpoint.
ECONOMY・10 DAYS AGO
TechRadar

Windows 11 2022 update live blog: This is everything you need to know

Microsoft has announced the rollout of its latest major Windows 11 update, which brings a raft of features designed to provide customers with comprehensive security protection “by default”. Back in April, as part of an event focused on the evolution of Windows in the hybrid working era, the...
SOFTWARE・9 DAYS AGO

After what felt like radio silence from Microsoft since April, the company has announced that a major 2022 update for Windows 11 is now available to all users from today (September 20), with tabs in File Explorer being one of the tentpole features, even though it's a feature arriving in October.
SOFTWARE・9 DAYS AGO
TechRadar

Your humble eyeglasses could give hackers a secret window into your company's valuable data on video calls, security experts have claimed. Researchers from the University of Michigan in the US and Zhejiang University in China recently published a report (opens in new tab) in which they explain how eyeglasses reflections could be used to steal sensitive or private data, through video conferencing tools such as Zoom or Microsoft Teams.
TECHNOLOGY・9 DAYS AGO
TechRadar

Piracy sites are bombarding users with malicious ads, pushing victims into downloading viruses, malware, and even ransomware, a new report has warned. Research published by the Digital Citizens Alliance, White Bullet, and Unit 221B found piracy sites, where people seek free content such as movies, series, or sports events, are filled with malvertising - malicious ads that promote scare tactics and other dubious means in order to get people to click on them.
TECHNOLOGY・9 DAYS AGO
TechRadar

Windows 11’s big feature update for 2022 has arrived, bringing with it a whole host of improvements for running Android apps in the desktop OS, and delivering the applications themselves on a much wider basis globally – including to Australia and the UK. As you may be aware,...
SOFTWARE・9 DAYS AGO

A vulnerability in Oracle Cloud Infrastructure (OCI) could have allowed basically any user to read and write data belonging to any other OCI customer, researchers have claimed. Experts from cloud security firm Wiz said they stumbled upon the vulnerability when building an OCI connector for their own tech stack, discovering...
SOFTWARE・9 DAYS AGO
TechRadar

Some users are now being charged for LibreOffice, again

Users looking to download the latest version of open-source office software suite LibreOffice on the Mac App Store will now have to pay €8.99 for the privilege. Project curators The Document Foundation (TDF) have confirmed (opens in new tab) the new charge is a ‘convenience fee’ for users who would prefer to obtain the MacOS version of the suite from the Mac App Store instead of directly from the LibreOffice website (opens in new tab), where the software remains available for free across all platforms.
TECHNOLOGY・9 DAYS AGO
TechRadar

Someone has leaked the latest version of LockBit’s encryptor to the internet, and while at first it might seem like a data breach and theft, the ransomware operator’s public representative claims it’s actually the work of a disgruntled developer. A brand new Twitter account named Ali Qushji...
COMPUTERS・7 DAYS AGO
TechRadar

Linux running slowly? This one simple tweak could fix it for you

Researchers have discovered a remarkably easy way to make your Linux machines run faster. Many Linux devices have been plagued by Windows-centric hardware management since 2002, but this could be about to change. Sophisticated interfaces between a machine’s operating system and its hardware, such as the chips that have been slowing down your Linux machine, have long been required in order to ensure that processors with billions of transistors maintain efficiency.
SOFTWARE・1 DAY AGO
TechRadar

Windows 11's 2022 update has just arrived and packs some neat features for gamers, including a Controller bar along with various tweaks to usher in graphical improvements. Let’s start with the Controller bar, which is a new controller-friendly view for the Xbox Game Bar. Those playing with a controller can bring it up with a simple tap – a press of the Xbox button for those using a Microsoft gamepad – and it provides a compact bar that lets you easily use the controller to access your most recently used games (or launchers).
VIDEO GAMES・9 DAYS AGO
TechRadar

Spotify is mysteriously installing itself onto Windows 10 and Windows 11 PCs, appearing in the Taskbar when you start up your PC – and I've had the pleasure of experiencing this myself. Starting up my PC this week, I found Spotify's icon glowing in my Taskbar as other apps...
COMPUTERS・1 DAY AGO
TechRadar

Yet another major crypto firm has been hacked

Crypto market maker Wintermute has suffered a significant cyberattack that saw the culprits manage to steal $160 million worth of digital assets. In a Twitter thread (opens in new tab), company CEO Evgeny Gaevoy said that the attackers targeted Wintermute’s DeFi proprietary trading operations, which are “completely separate and independent” from its CeFi and OTC operations.
PUBLIC SAFETY・8 DAYS AGO
TechRadar

WhatsApp video call users, Indian govt has a warning for you

WhatsApp call, especially the video one, is among the highly used services in India. Almost every one who uses WhatsApp uses the video and audio call service of the platform. It is especially popular among those who want to converse with people living abroad. It helps bypass the pricey regular telecom call. But the Indian government has now warned users to stay alert for hacker attacks via video conversations on WhatsApp.
INTERNET・1 DAY AGO
TechRadar

After months of leaks and speculation, Intel has officially announced its 13th generation Intel Core desktop processors, and given us (and its rival AMD) a glimpse of what to expect. Formerly known as ‘Raptor Lake’, Intel’s 13th generation of processors will once again make use of Intel’s hybrid design, with...
COMPUTERS・2 DAYS AGO
TechRadar

A rather old unpatched Python security vulnerability has resurfaced, causing researchers to warn that hundreds of thousands of projects might be vulnerable to code execution. Cybersecurity researchers from Trellix have recently spotted (opens in new tab) CVE-2007-4559, a flaw in the Python tarfile package, first discovered back in 2007. However,...
CODING & PROGRAMMING・7 DAYS AGO

Its mix of genuine and reliable advice alongside entertaining and fun to read editorial content is why millions of people trust TechRadar to give them tech advice on everything from the latest smartphone releases to the best in digital cameras.