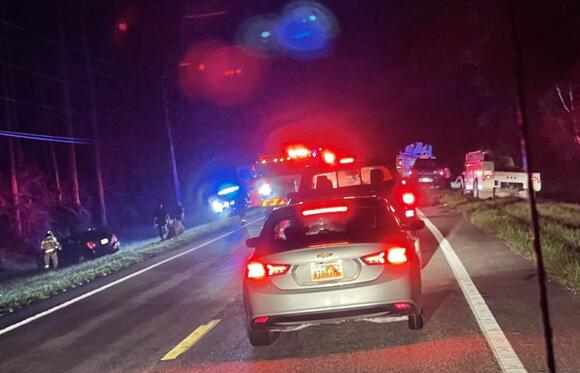 The Holly Hill woman, 58, was driving south on U.S. Highway 17 in her 2007 Dodge Caliber and drifted into the northbound lanes just south of Dickie Lane and collided with a Ford F-550 that was headed north, Crescenzi said.

More: 'Like a bomb': Father recounts horror of car running over boy in ocean at Florida beach that allows driving

More: Boy is second to die in Daytona I-95 retention pond accident

The woman was pronounced dead at the scene and her passenger, a 62-year-old Daytona Beach man, was transported to Halifax Health Medical Center in Daytona Beach in serious condition, Crescenzi said.

The driver of the Ford truck, a 35-year-old Lake Wales man, was not injured, troopers said.