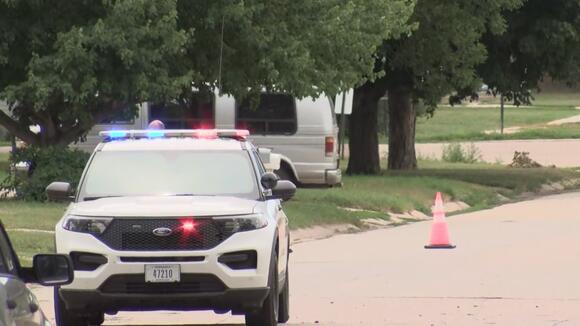 LAUREL, Neb. (KCAU) — A man is accused of killing four people on Thursday in Laurel, Nebraska.

Jason Jones, 42, of Laurel, was taken into custody the day after emergency services responded to a report of an explosion early Thursday morning. Officials found four individuals who were deceased, along with evidence that was stated to link the crime to Jones , according to the documents.

Before the Thursday deaths

On February 8, 2021, Jones allegedly purchased a Ruger 57 pistol and registered it under his name, as stated by the court documents.

According to a receipt found in Jones’ bag, he allegedly made a $30 purchase at Cubby’s Gas Station on N Highway 20 at 4:41 p.m. on Wednesday.

Officials also located another receipt that was from Fleet Farm in the backpack, which showed that Jones had allegedly purchased a gas can that can hold six gallons, a fuel tank, and a camping backpack.

A third receipt showed that Jones allegedly made a purchase at Rath’s Mini Mart just before 8 p.m. on Wednesday, and on Friday, officials visited the store to view the security footage. The video allegedly showed Jones filling two gas cans at the pump and leaving the store with a black Hummer registered under his name.

On Thursday at 3:11 a.m., someone called 911 to report an explosion on Elm Street . When Fire and EMS arrived, they found a woman, later identified as Michele Ebeling, lying inside the back door of the residence with two gunshot wounds. After lifesaving steps were unsuccessful, she was pronounced dead at the scene.

According to the documents, emergency responders also saw burn marks on the floor, walls, and furniture, and there was an odor of smoke mixed with gasoline. They also found a red gas can inside the residence near the front door.

A search warrant for the residence was served later the same day, where they were able to find the black backpack with the aforementioned receipts in the kitchen.

After the search warrant was served and the evidence had been seized, another 911 call indicated that there was smoke coming from a nearby residence on Elm Street.

When emergency services arrived, they saw smoke and soot damage consistent with the report from the caller. Officials also found three deceased people who had gunshot wounds. They were later identified as Gene Twiford, Janet Twiford, and Dana Twiford.

Investigation of the residence led officials to find evidence of a break-in because there was a pry bar located on the ground near the back door, and there were pry marks on the door frame, according to the documents. They were also able to find a magazine near the back door. A gun was found in the living room on the floor. The documents stated that there was evidence of a “Molotov cocktail,” which indicated that the fire was intentional.

A search warrant was issued for the second residence where they seized the gun from the living room floor, and it was identified as a Ruger 57 pistol that had been purchased by Jones. After all the evidence had been collected, they recovered Jones’s address, which was located on the same block as the two crime scenes.

An arrest warrant for Jones was issued on Friday, and investigators determined that he was at home when the Nebraska State Patrol’s (NSP) SWAT Team was activated, according to a release from the NSP. The officials made multiple attempts to get Jones to exit the residence of his own accord, but they eventually entered the home and found him in the bedroom.

The release indicated that Jones had severe burns and was flown to a Medical Center in Lincoln for treatment where he remains in custody.

On Saturday, his bond was set to $5 million .

The victim’s community and neighbors held a vigil on Sunday to help them cope with the loss of their community members.

A memorial service has been set for the Twiford family. The service will take place at the United Lutheran Church at 10:30 a.m. Friday.

A visitation will take place the night before starting at 4 p.m. and ending at 7 p.m. The burial will be at Laurel City Cemetary.