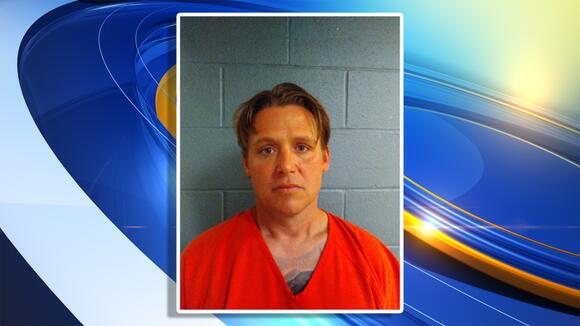 DUNCANSVILLE, Pa. (WTAJ) — A Duncansville man was put behind bars after being accused of hitting a kid who tried to stop him from strangling a woman.

Police were called to a home in Duncansville Aug. 7 where a woman accused 41-year-old Joshua Guyer of getting physically violent during an argument in the garage of the home. She said the argument got physical when Guyer grabbed her by the head and neck and put her in a headlock, preventing her from breathing, according to the criminal complaint.

The woman told police she went limp and was thrown to the ground when her 12-year-old child ran to the garage to try and shield and protect her. She reportedly told police that the child tried calling 9-1-1, but Guyer forcefully took the phone and hit them in the face. Police noted seeing a swollen and bruised eye on the child.

According to court documents, she told police that she was able to get up and push Guyer away before another child came out of the house and yelled at them to stop. She said that he left the house and that he was intoxicated, but she was unsure of where he may have gone.

Police report that after she told them Guyer has family in the Greenwood area of Altoona, police reached out to Blair County 911 and had Guyer’s phone pinged. It was reported that he was in the Greenwood area and was soon picked up by Logan Township police and transported to the Blair Township Police Department.

Guyer is now facing a slew of charges including strangulation, endangering the welfare of a child, and reckless endangerment. He was placed in Blair County Prison on $75,000 and has since bailed out through a bondsman.

A preliminary hearing is scheduled for Aug. 16.