Starbucks union workers in South Carolina confronted a manager on video. Employees say the company suspended them and closed the store 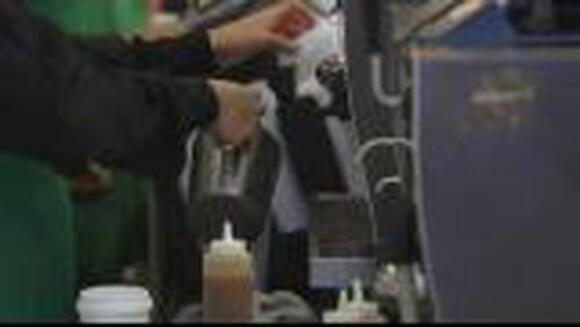 Starbucks workers at a store in Anderson, South Carolina, presented a letter of demands to their store manager on 1 August in an interaction that has since racked up millions of views on TikTok.

Workers at the store were the first in the south to form a union by a unanimous vote of 18-0, joining more than 200 unionised corporate-run retail stores representing thousands of workers at the coffee giant.

In the video, showing what is a called a “march on the boss” action, the manager stands up from a table and nudges one of the workers as they leave toward the store’s entrance.

The manager filed charges with local police alleging assault and kidnapping against workers at the store, according to Starbucks Workers United, the union campaign supporting Starbucks workers.

Starbucks closed the store with little notice, suspended the workers and barred them from visiting any other Starbucks locations, according to the union’s attorney.

A statement from Starbucks to The Independent on 9 August said the incident in question happened on the store manager’s “first day working at this location” and that they “felt threatened and unsafe as a result of conduct by 11 store partners.”

Five allegations of misconduct have been filed against Starbucks to the National Labor Relations Board, according to union attorney Ian Hayes.

“Workers have the right to do what they did, and the company is violating that right by retaliating against them,” he told reporters in a virtual briefing on 8 August.

“This was all in reaction to action that is protected under the law,” he said. “The company’s reaction to that is treating the workers like criminals … deprive them of their livelihood and stop them from engaging other workers.”

In their letter, workers demanded better equipment to perform their jobs and wage increases that were promised to other non-union workers by the end of the month. Workers said they would not work without a raise.

Starbucks had pledged to spend $1bn on wage hikes, training and store updates within the year, but “at stores where workers have union representation, federal law requires good faith bargaining over wages, benefits and working conditions which prohibits Starbucks from making or announcing unilateral changes,” according to a company statement.

Union workers at the South Carolina store allege that management refused to acknowledge the union or demands in the latest letter.

In a six-minute recording of the meeting, a manager appears to be talking on the phone with Starbucks management as employees present their letter.

In the audio, workers calmly demand a pay raise that Starbucks has illegally withheld.

The manager leaves the meeting after 6 minutes with no incident. pic.twitter.com/fsxFQ78S03

“We’re here today because we’re demanding our pay raise that Starbucks has promised every single worker,” one employee is heard saying. “We’re not going to move until some action is taken for the raise.”

At the end of the recording, the manager can be heard asking “will you let me exit the building”; the other employee says “yes”.

“This campaign of rampant union-busting from Starbucks has got to end,” he said.

One year ago, there were no unionised Starbucks employees at their corporate-run retail coffee shops. Now, there are more than 5,000.

The National Labor Relations Board – the federal agency that oversees union efforts – has fielded dozens of complaints related to the company’s alleged anti-union practise, from unlawfully firing employees to launching pressure campaigns to prevent staff from unionising.

A 45-page government complaint from the Buffalo, New York, area alleges a pattern of violations among Starbucks management in retaliation for workers’ union support, including firing six workers, promising benefits to workers who opposed the union, surveilling conversations and interrogating workers about the union, inconsistent enforcement of store policies, and closing stores altogether, among other allegations.

The complaint is the result of dozens of allegations of unfair labour practices filed by union organisers since November 2021.

I cannot believe I have to say this, but workers who are organizing for better working conditions should not have to deal with their boss accusing them of kidnapping and assault. How outrageous. This campaign of rampant union-busting from Starbucks has got to end. https://t.co/1BrqcOwiJE

During a conference in June , CEO Howard Shultz said he is “not anti-union” but said that unions were historically “based on the fact that companies in the ‘40s, ‘50s and ‘60s abused their people”.

“We’re not in the coal mining business, we’re not abusing our people,” Mr Schultz said. “We don’t believe that a third party should lead our people and so we are in a battle for the hearts and minds of our people.”

Lynne Fox, president of labour organising group Workers United, told reporters on Monday that Starbucks “continues to escalate their anti-union campaign to an unimaginable degree,” condemning the “false and absurd” and “unfounded attacks and misuse of the legal system” to punish workers for issuing demands to management.

It appears to me the employees gathers around the manager to intimidate. The Manager got up to leave and wad blocked. If you don't like your food service job leave. Starbucks pays well and has a decent amount of benefits so get over yourself your making coffee not saving lives

When a group of people organize and attempt to block a person within, while also attempting some form of bullying, and then when that blocked person gets up to leave they don’t move to allow - there it is. Assault and kidnapping. Imagine different groups of people doing this to other individuals and ask in what situation is it ok? When the individual being targeted is posing no threat or harm whatsoever, when is this ok?

If you unionize the union negotiates on behalf of the workers. That is the job of the union. The workers at a location don't confront management and make demands. Secondly, unionized workers will demand more and more pay raises because they discover a thing called "union dues". Ultimately what will happen is what always happens... the union will call a strike across the board, will move from reasonable demands to unreasonable demands, and those unionized Starbucks will be closed.