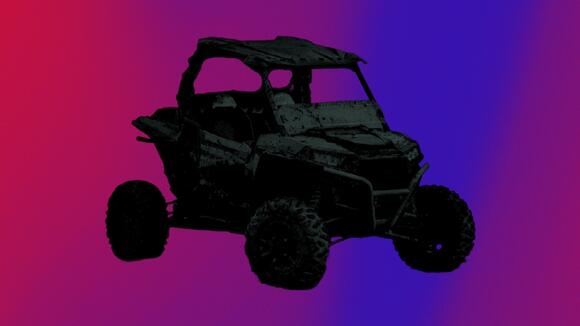 SPIRIT LAKE, Iowa (KCAU) — A teenager has passed away after being involved in a utility terrain vehicle (UTV) crash, according to Dickinson County officials.

The Dickinson County Sheriff’s Office released a statement about a crash that occurred on Sunday around 2:28 p.m.

Officials alleged a 14-year-old was driving a Ranger, a type of UTV, which was owned by a man from Orange City. The teen was driving the Ranger south on Basswood Lane outside of Spirit Lake. After losing control of the vehicle, the UTV rolled onto its side and hit a tree.

The City of Storm Lake announced that officers will be unable to offer unlocking services if a citizen is locked out of their car.
STORM LAKE, IA・21 HOURS AGO
KCAU 9 News

One of three suspects in a burglary on Tuesday was found after police followed a trail of stolen items.
SIOUX CITY, IA・20 HOURS AGO
KCAU 9 News

A man is behind bars on multiple gun charges after he allegedly pulled out a gun at a Sioux City apartment and was wrestled to the ground.
SIOUX CITY, IA・2 DAYS AGO
KCAU 9 News

A Sioux City man was arrested Tuesday afternoon after displaying a dangerous weapon at a victim in front of City Hall.
SIOUX CITY, IA・2 DAYS AGO

SCPD: Post that caused lockout not a ‘direct threat’

Some Sioux City schools are on lockout after officials said a threat was made.
SIOUX CITY, IA・2 DAYS AGO
KCAU 9 News

In South Dakota last year, more people took their own lives than ever before. Just shy of 200 people completed suicide. A growing number of them were kids. Suicide is the second leading cause of death for people ages 10 to 34.
SIOUX FALLS, SD・2 DAYS AGO
KCAU 9 News

Very little rainfall across Siouxland Friday, none in the forecast

We saw very little rainfall on Friday as a small disturbance came through the region with most areas seeing just some sprinkles and light rain.
SIOUX CITY, IA・2 DAYS AGO
KCAU 9 News

Classes canceled at Sergeant Bluff-Luton due to water main break

Trio of veterans walking from Boston arrive in Sioux City

Three US Marines have traveled through multiple states with the goal of spreading awareness of an ongoing cause.
SIOUX CITY, IA・2 DAYS AGO
KCAU 9 News

Siouxlanders show out in IA Wrestle’s annual Night of Conflict

SIOUX CITY, IOWA (KCAU) – We’re still a ways away from the official season of high school wrestling, but the IA Wrestle’s annual “Night of Conflict” made its way back to Sioux City Saturday night to feature some of the top ranked high school boy and girl wrestlers from Iowa, Nebraska, and Minnesota. Local grapplers […]
SIOUX CITY, IA・1 DAY AGO
KCAU 9 News

KCAU 9 is providing the top stories with a digital newscast featuring the weekend anchor and weekend meteorologist.
SIOUX CITY, IA・1 DAY AGO

From field to plate with local producers

A local brewery is now serving up more than just beer on its menu. A Homestead Brew opened its doors in 2017 and works with many farms and producers to create diverse beer flavors.
SIOUX FALLS, SD・1 DAY AGO
KCAU 9 News

Two teams from the state of Nebraska will be facing off on the gridiron as the tenth-ranked Hartington Cedar Catholic Trojans will host the Oakland-Craig Knights.
SIOUX CITY, IA・2 DAYS AGO
KCAU 9 News

The 24th annual Starfest marching band competition brought 16 schools from around Siouxland and beyond together on Saturday to showcase the hard work of the musicians.
SIOUX CITY, IA・22 HOURS AGO
KCAU 9 News

Symphony Orchestra tunes up for 107th season in Sioux City

SIOUX CITY, Iowa (KCAU) — Downtown Sioux City is getting a pop of color from local artists. The annual Alley Art Festival is back over the weekend. Over 30 local painters have colored the city’s alleyways by Pierce and Nebraska streets. Sioux City artist Michael Kamm is participating in the festival for the first time. […]
SIOUX CITY, IA・2 DAYS AGO
KCAU 9 News

SIOUX CITY, IOWA (KCAU) – Another week means another look at its top sports moments, and there was more than enough to choose from throughout Siouxland. Check out the ankle-breaking runs, levitating interceptions, and more in the newest edition of the SportsZone Top 5 Plays of the Week.
SIOUX CITY, IA・12 HOURS AGO
KCAU 9 News

VERMILLION, S.D. (AP) — Hunter Luepke rushed for 146 yards and two touchdowns and top-ranked North Dakota State rallied in the second half to beat South Dakota 34-17 on Saturday. Luepke, with 20 carries, had a pair of short TD runs in the second half when the Bison outscored the Coyotes 24-0 to erase a […]
VERMILLION, SD・1 DAY AGO