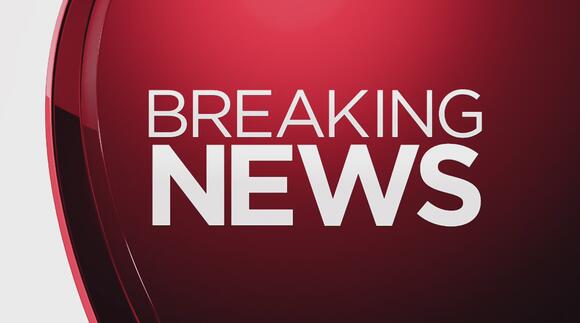 PITTSBURGH (KDKA) -- One person has died following an apartment fire in Westmoreland County.

Dispatchers tell KDKA that the fire broke out at an apartment complex located along Indiana Drive in Greensburg.

One fatality was reported as a result of the fire, according to dispatchers.

No other injuries have been reported.

The coroner has yet to release any information related to the fire.

Stay with KDKA for more on this developing story.

One person killed in single-vehicle crash in Westmoreland County

DERRY TOWNSHIP (KDKA) - One person is dead after an early-morning crash in Derry Township. The crash happened around 2 a.m. on Route 217 between Derry and Blairsville near Gray Station Road. It was a single-vehicle accident and the driver who died was the only person in the car. Police and PennDOT crews were able to get the accident cleared and reopen the road not long after the crash.
WESTMORELAND COUNTY, PA・3 HOURS AGO
CBS Pittsburgh

PITTSBURGH (KDKA) — A safety alert was sent to students at Carnegie Mellon University after two students were carjacked in the last week.  Police said they're investigating three incidents in Shadyside where victims were approached by gunpoint and demanded to give the suspects their car keys.  Pittsburgh police said the first incident happened on Sept. 29 on South Highland Avenue, while the second incident happened on College Street.  In both cases, witnesses told police that the victims were approached by three men with guns.  On Tuesday night, police said a CMU student pulled into their apartment parking lot on Alder Street...
PITTSBURGH, PA・17 HOURS AGO
CBS Pittsburgh

PITTSBURGH (KDKA) -- A local woman was arrested and is facing charges after police say she left her two young children unattended in a vehicle in a Walmart parking lot.Police say 41-year-old Augusta Goll, of Monessen, was taken into custody outside the Walmart store located along Century Drive in West Mifflin on Tuesday after officers determined she left her two young children left unattended in a vehicle in the parking lot.According to court paperwork, police were called to the store around 2 p.m. by a passerby who noticed the children in the vehicle.When police arrived, and found a 1-year-old and...
WEST MIFFLIN, PA・7 HOURS AGO
CBS Pittsburgh

PITTSBURGH (KDKA) — A bicyclist was hit by the driver of a vehicle in Downtown Pittsburgh on Tuesday.The crash happened at Liberty Avenue and Commonwealth Place around 5 p.m.The bicyclist was taken to a local hospital. Their condition is not clear at this time.
PITTSBURGH, PA・1 DAY AGO

NORTH STRABANE (KDKA) - A SWAT situation went well into the night in North Strabane Township. It happened on Ash Street near Canon-McMillan High School. The situation came to an end and all roads were reopened. KDKA has reached out to the police for more information. Stay With KDKA.com For More Details
WASHINGTON COUNTY, PA・1 DAY AGO
CBS Pittsburgh

One person killed in crash on Pa. Turnpike

PITTSBURGH (KDKA) -- One person was killed in an overnight crash on the Pa. Turnpike. State Police tell KDKA that a crash occurred between the Butler Valley exit and the Cranberry exit. Two vehicles were involved in the crash and one person has died.The westbound lanes were closed overnight but reopened just after 5 a.m. Stay with KDKA for the latest on this developing story.
CRANBERRY TOWNSHIP, PA・2 DAYS AGO
CBS Pittsburgh

PITTSBURGH (KDKA) -- Pennsylvania State Police are investigating a deadly dump truck crash in Indiana County. According to State Police, 57-year-old Thomas Mears, of Marion Center, Pa. was driving along Route 119 in White Township early Tuesday morning when he lost control of the truck and hit a guardrail.After hitting the guardrail, the truck hit an embankment, went airborne, and crashed into a concrete barrier.Police say Mears was ejected from the vehicle. He was taken to a nearby hospital before being flown to Allegheny General Hospital, where he later died.State Police say the investigation is ongoing.
INDIANA COUNTY, PA・1 DAY AGO
CBS Pittsburgh

PITTSBURGH (KDKA) -- Allegheny County police are looking for a suspect in last month's shooting at a gas station in Penn Hills.Police have an arrest warrant for 36-year-old Michael Wade, charging him with homicide in the Sept. 9 shooting at the Exxon gas station on Allegheny River Boulevard.Dante Jones, 34, was shot multiple times during the incident, police said.He was rushed to a local hospital where he died from his injuries.Investigators are looking for Wade. He is about 5-feet-7-inches tall and weighs about 215 pounds. He has ties to Penn Hills and Pittsburgh's North Side.Anyone who has seen Wade is urged to call 911.If you have any information about the case, you're urged to call the Allegheny County Police tip line at 1-833-ALL-TIPS. Callers can remain anonymous.
ALLEGHENY COUNTY, PA・1 DAY AGO
CBS Pittsburgh

FRAZER TOWNSHIP, Pa. (KDKA) — A family is asking the community for help as they desperately search for Darlene Harbison, a woman who has been missing for nearly a month.Harbison, 59, of Frazer Township disappeared on Sept. 11. Her family said they need all the help they can to comb through the woods and roadsides near her home."Anybody who wants to help out, please, please come help us find my sister," said Robert Ruediger Jr., Darlene Harbison's brother.Ruediger said his family has not been able to reach Harbison since she returned home to Frazer Township from a trip to Ohio....
ALLEGHENY COUNTY, PA・2 DAYS AGO
CBS Pittsburgh

Police: Missing Frazer Township woman was in 'volatile relationship,' not seen since Sept. 11

FRAZIER TOWNSHIP (KDKA) -- Allegheny County police are asking for the public's help finding aFrazer Township woman who vanished nearly a month ago and has not been heard from since.Darlene Harbison, 59, disappeared on Sept. 11, police said. Her daughter tried to contact her several times that day, and then asked Frazer Township police to do a welfare check.Allegheny County police joined the investigation two days later.On Sept. 17, police said they found Harbison's boyfriend, 57-year-old Eric Gibbs, dead. Investigators said he took his own life in West Deer Township.Harbison and Gibbs had a "volatile relationship," police said. They believe "Gibbs is the person responsible for Harbison's disappearance," according to investigators.Police have also released photos of the vehicles that Gibbs is known to drive.Police have called in local fire departments, along with Allegheny Mountain Rescue Group and Steel City K-9 Response to assist in the search but have not been able to locate Harbison.Anyone with information on Harbison's disappearance is asked to call the Allegheny County Police tip line at 1-833-ALL-TIPS. Callers can remain anonymous.
ALLEGHENY COUNTY, PA・2 DAYS AGO

PITTSBURGH (KDKA) — Landslides throughout our region in recent years have destroyed homes and rendered properties worthless, leaving families in the lurch.In Pittsburgh, there have been dozens of landslides, and one now threatens a historic Oakland neighborhood. Homeowners there say the city is to blame and want to be made whole.From the front, Schenley Farms Terrace is a street of impeccably maintained early 20th-century homes. But in the rear, a slow-moving tsunami of earth and mud has been cascading down the hillside all summer, threatening their very existence.For 34 years, Francoise Barrionuevo and her husband took meticulous care of their...
PITTSBURGH, PA・1 DAY AGO
CBS Pittsburgh

Pittsburghers could soon pay up if they don't clean up

PITTSBURGH (KDKA) — People in the city of Pittsburgh could soon get a strong reminder to keep their grass cut and their cars parked legally.Pittsburgh City Councilman Bruce Kraus has a new proposal to crack down on things that could tarnish Pittsburgh's image, including tall grass, overgrown weeds and illegally parked cars."Neighborhoods that look like nobody cares about them are ultimately treated as though nobody cares about them," Kraus said.That's why Kraus proposed the new piece of legislation."It used to be the number one call we would get would be around parking," Kraus said. "Parking is still up there, but...
PITTSBURGH, PA・15 HOURS AGO
CBS Pittsburgh

PITTSBURGH (KDKA) -- A man is dead after a late-night shooting in downtown Pittsburgh's Cultural District, Pittsburgh Public Safety officials said.According to Pittsburgh Police, the shooting occurred just before 11:30 p.m. on Monday near the intersection of Ft. Duquesne Boulevard and Maddox Place.When officers arrived at the scene, they found a man lying along Maddox Place, suffering from a gunshot wound to the stomach.The man was taken to the hospital where he later died.Police say the investigation is ongoing.
2 DAYS AGO
CBS Pittsburgh

PITTSBURGH (KDKA) -- Pittsburgh Police are investigating an armed robbery at a Dollar General store.Police say the incident occurred at the Dollar General along East Warrington Avenue in the city's Allentown neighborhood.Officers responded to the scene around 9 p.m. on Monday night after someone reported that a man wearing a ski mask and armed with a pistol robbed the store and got away with cash.Police say the investigation into the robbery is ongoing.
PITTSBURGH, PA・2 DAYS AGO
CBS Pittsburgh

PITTSBURGH (KDKA) -- A man from Wilkinsburg is being held in the Allegheny County Jail and facing a long list of charges following an overnight incident in Penn Hills.Police say that during the early morning hours of Tuesday, October 4, a Penn Hills Police officer on patrol in the area of Frankstown Avenue was alerted to a vehicle that had went off the road.When the officer stopped to survey the damaged vehicle, he found a man unresponsive in the driver's seat. The man was later identified as 22-year-old Dajaun Austin of Wilkinsburg.According to police, the officer shook Austin to wake...
WILKINSBURG, PA・1 DAY AGO
CBS Pittsburgh

PITTSBURGH (KDKA) - This morning the Pennsylvania Fish and Boat Commission is going to resume stocking the Ohio River with blue catfish. It's the first time in more than 100 years the aquatic alpha predator is swimming in waters off of Pittsburgh. Yesterday, the commission planted 13,000 blue catfish off the point in Pittsburgh and 13 miles down the river in Kilbuck. According to our news partners at the Pittsburgh Post-Gazette, there will be another stocking happening in Leetsdale and Monaca. The commission's goal is to establish a self-sustaining, naturally reproducing population of blue catfish in Ohio, Monongahela, and lower Allegheny rivers.
PENNSYLVANIA STATE・2 HOURS AGO
CBS Pittsburgh

PITTSBURGH (KDKA) — The warden of the Allegheny County Jail is responding to criticisms from inmates after a survey from the University of Pittsburgh on jail conditions.Eighty-nine percent of inmates participated in the survey, and one inmate said, "I get disrespected verbally. I've been assaulted physically. I have been tormented." Another said, "It's been two months since I submitted two sick call slips, still no doctor visit."The warden says they've made some changes, but they are not going to satisfy everyone."We treat everybody who is incarcerated in our facility with dignity and respect," Allegheny County Jail Warden Orlando Harper said.Harper...
ALLEGHENY COUNTY, PA・1 DAY AGO
CBS Pittsburgh

Latrobe planning to add up to 9 electric vehicle charging stations

LATROBE, Pa. (KDKA) — The electric vehicle revolution is gaining power in Latrobe.More and more electric vehicles are hitting the road, but finding charging stations isn't always easy. At any given time, Teslas can be seen lined up at the charging station at Sheetz in Irwin. "For me, I commute to Pittsburgh every day. So I charge it every two days," John Domit said Wednesday.But for Domit and other EV users, finding a place to power up has become problematic."That's one of the holdbacks around here," Domit said. "There's not enough chargers for people."With that sentiment in mind, Latrobe leaders are looking...
LATROBE, PA・16 HOURS AGO