100 murders in 3 months, but crime in Detroit is still trending down 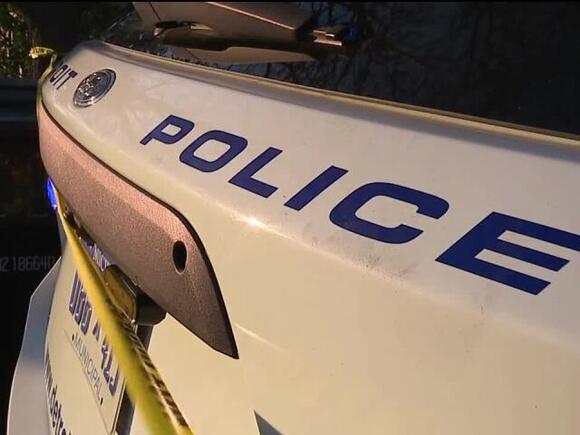 On Saturday, Detroit had two mass shootings, marking the second weekend in a row with a mass shooting in the city.

This comes after the City was experiencing a decrease in violent crime, including fatal and non-fatal shootings. The increased summer violence is now threatening to turn that trend around as community activists work to keep the city on track.

Community activist Maurice Hardwick, known as "Pastor Mo," spoke to 7 Action News back in May after the city reported a 20% reduction in criminal homicides year to date.

However, a violent three months since then has begun to reverse that positive trend.

Over the past two weekends, three mass shootings resulted in 20 people being shot. Five of them are now dead and at least three more victims are still in critical condition. Police say all three were isolated incidents and not random.

“It's going to take everybody to text the loved ones they know who are struggling in this area to stay safe,” Pastor Mo said. “We got to put it in our consciousness because in the urban community, in Detroit, it’s getting violent.”

According to data from DPD, criminal homicides are now down 6% YTD, compared to 20% in May. Non-fatal shootings, which were down 26% back in May, are now down 13% year to date.

Sheffield says this year, council launched a gun violence task force to look at the next steps in addressing the problem, whether that's finding ways to assist the police department or addressing the root causes of crime.

"We can’t police our way out of gun violence," Sheffield said. "We need wrap around surfaces, we need support to our inner city communities to address the underlying causes.”

Pastor Mo is advocating for shot spotter technology and more cameras, but says it’s up to the people to make the change.

“The crime is going up, so must the strategy, so must the technology,” Pastor Mo said. "We going to get to the bottom of this and let's all pitch in because this could easily be your family.”

“I really believe it's going to take all of us to be apart of reducing the gun violence in our city," Sheffield said. "We can not normalize it.”

Ex-Detroit cop gets probation in crash that killed lawyer

A former Detroit police officer has been sentenced to one year of probation and community service for a high-speed crash that killed an attorney last year.
DETROIT, MI・3 HOURS AGO
WXYZ Detroit - 7 Action News

Two Detroit residents face charges in connection with the shooting of a Michigan State Police trooper who was conducting surveillance in the city with other members of a narcotics unit...
DETROIT, MI・1 DAY AGO
WXYZ Detroit - 7 Action News

Dangerous and deadly streets in the City of Detroit are catching the eye of city officials and for good reason.
DETROIT, MI・2 DAYS AGO
WXYZ Detroit - 7 Action News

Michigan women fight to preserve abortion, 1 chat at a time

At a wine bar in suburban Detroit, about a dozen women strategized about how to preserve the right to abortion in their state.
MICHIGAN STATE・6 HOURS AGO
WXYZ Detroit - 7 Action News

Saving lives in Detroit is at the center of a strong debate over a cutting-edge tool designed to fight crime. However, opponents say expanding ShotSpotter technology is costly and unproven.
DETROIT, MI・4 DAYS AGO

A Monroe City Police Department officer is being hailed a hero after helping a family whose baby was choking.
MONROE, MI・1 DAY AGO
WXYZ Detroit - 7 Action News

Saint Hyacinth Roman Catholic Church in Detroit's Poletown neighborhood is getting overwhelming support from the community after they were robbed last week.
DETROIT, MI・3 DAYS AGO
WXYZ Detroit - 7 Action News

Up through November 11, leaders in several Oakland County communities are asking for the public's input on deer.
OAKLAND COUNTY, MI・1 DAY AGO
WXYZ Detroit - 7 Action News

On Thursday, a portion of the Packard Plant building in Detroit will be torn down. The building, which sits on Concord Street, has sat vacant for decades creating an imminent danger to the business.
DETROIT, MI・2 DAYS AGO

Michiganders worry about loved ones in Florida as hurricane hits

The arrival board at Detroit Metro Airport told a story on Wednesday. You could see flights out of Fort Myers, Tampa and Orlando were cancelled as Hurricane Ian hit Florida.
MICHIGAN STATE・2 DAYS AGO
WXYZ Detroit - 7 Action News

Eastpointe police were dispatched to the area of Stricker and David in Eastpointe Friday night at 7:51 p.m. in response to a shooting incident.
EASTPOINTE, MI・7 HOURS AGO
WXYZ Detroit - 7 Action News

It’s not the first time the McDonalds have faced a severe weather threat in Florida. Roy said he lost his first winter home, also in Fort Myers, in January because of a tornado.
WARREN, MI・2 DAYS AGO
WXYZ Detroit - 7 Action News

WARREN, Mich. (WXYZ) — Excavators, bulldozers, front loaders and other heavy machinery have been up and down the railroad in Warren at the derailment site. Warren fire commissioner Skip McAdams said Canadian National has made “significant progress,” including removing the 13 damaged rail cars. Some residents said...
WARREN, MI・1 DAY AGO
WXYZ Detroit - 7 Action News

It's 'go time' for metro Detroit couple Janie Barner and Ray Bongartz. Fueled by faith to be where they are needed most, they volunteer for The Red Cross.
DETROIT, MI・2 DAYS AGO
WXYZ Detroit - 7 Action News

Lafayette Coney Island still has work to do before reopening, city says

Lafayette Coney Island still has more to do before the restaurant can open back up, the City of Detroit confirmed on Wednesday.
DETROIT, MI・3 DAYS AGO
WXYZ Detroit - 7 Action News