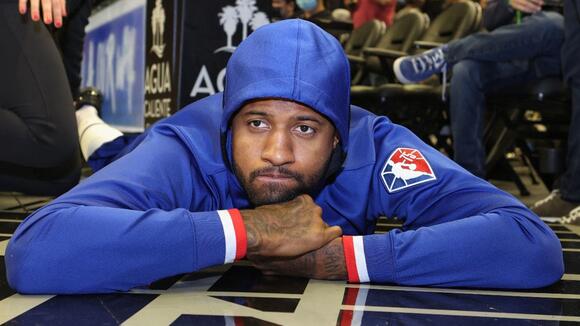 Can the LA Clippers overtake the Golden State Warriors and Phoenix Suns?

The NBA recently released their official offseason Power Rankings for the Western Conference, and the LA Clippers trailed only the Golden State Warriors and Phoenix Suns. Coming in at third in the West, the Clippers were highlighted for their shooting, versatility, and of course their two superstars.

While there is not much of an argument as to why the Clippers should be the clear favorites over the defending champion Warriors, it is a bit puzzling to see them behind Phoenix. Having not made any significant upgrades to a roster that just lost in the second round, Phoenix does not have a player better than Kawhi Leonard, nor do they have depth like the Clippers do.

It was extremely evident by the end of the 2021 Western Conference Finals that the Clippers were a healthy Kawhi Leonard away from overmatching the Suns. Since Chris Paul's arrival, the Phoenix Suns have faced two teams in the playoffs that were not missing an All-Star level player, and they blew 2-0 leads both times. The optimism surrounding them is questionable at best, especially when placed in front of a healthy Clippers squad.

Falling behind Phoenix is the only legitimate gripe with where the Clippers are positioned in these latest Power Rankings, because while their team matches up well with the Warriors on paper, the defending champions deserve their respect. That said, it is certainly not unrealistic to expect the Clippers to begin climbing up the ranks once the season begins.

Kawhi Leonard looks like himself, according to his LA Clippers teammates
LOS ANGELES, CA・1 DAY AGO
AllClippers

Paul George knows how important this season is for the LA Clippers.
LOS ANGELES, CA・1 DAY AGO
AllClippers

Plagued by poor finishes, Texans are NFL's only winless team

The Houston Texans have had chances to win every game they've played, but they've yet to put together a complete performance
HOUSTON, TX・6 MINUTES AGO
AllClippers