No bail for domestic batterer who stormed home where his ex-girlfriend was: prosecutor 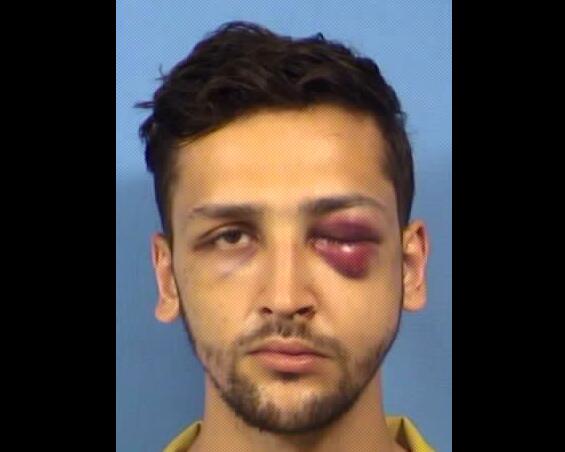 ( WBBM NEWSRADIO) — A 24-year-old Chicago man on probation for domestic battery allegedly invaded a Naperville home where his ex-girlfriend was at and threw landscaping bricks through windows and fought with occupants, prosecutors said.

Police responded early Saturday to a call of a break-in at Smokey Court and found several men holding down Adam Stone outside a home. Stone had gone to the residence, where his ex-girlfriend was visiting, and entered after breaking a basement window, authorities said.

Once inside, Stone allegedly fought with occupants and was ejected. But things did not end there, according to the DuPage County State’s Attorney’s Office. Stone threw a landscape brick through the front window of the home and also threw bricks through the windows of two parked vehicles, officials said.

Stone was charged with one count of home invasion causing injury, a Class X felony, and three counts of felony criminal damage to property.

Over the weekend, a DuPage County judge denied bail for Stone, who was on probation after pleading guilty to aggravated domestic battery in Cook County, officials said.

“Naperville residents have an expectation and a right to feel safe and secure in their community, and that is especially true within their homes,” Naperville Police Chief Jason Arres said in a news release. “The fact that this crime was allegedly committed by an individual out on probation makes this breach of safety that much more concerning.”

Cook County prosecutors are continuing their case against Hadi Abuatelah who is charged with aggravated unlawful use of a weapon and unlawful possession of a firearm by a minor. He was repeatedly punched by officers and left with injuries.
OAK LAWN, IL・2 DAYS AGO
WBBM News Radio

A 40-year-old man was in a second floor apartment on Crystal and Laramie in Austin when a male suspect began stabbing him. Minutes later, a woman was found on the sidewalk on Crystal with stab wounds in the neck, Chicago police said. She died.
CHICAGO, IL・1 DAY AGO
WBBM News Radio

Chicago police are looking for the gunman who killed a man and wounded one other in Rogers Park early Saturday morning. Chicago police said two men standing in a parking lot near Touhy Avenue and Clark Street were shot at around 1:30 a.m.
CHICAGO, IL・7 HOURS AGO
WBBM News Radio

A Des Plaines woman accused of throwing her 3-year-old nephew into Lake Michigan at Navy Pier Monday had her bail hearing Wednesday. At the hearing, Cook County prosecutors laid out the charges against Victoria Moreno.
DES PLAINES, IL・3 DAYS AGO

Four people were shot Thursday afternoon near Chicago Police Headquarters in Douglas. Chicago police said a person with a handgun approached the four people and began shooting at them about 3:15 p.m., as the group stood on East 35th Street.
CHICAGO, IL・2 DAYS AGO
WBBM News Radio

Kierra Coles’ birthday party in Pilsen included everything one might expect: family and loved ones, pizza, even a cake. Only Coles was missing. Her family said they’re still seeking answers four years after her disappearance.
CHICAGO, IL・23 MINUTES AGO
WBBM News Radio

Surveillance video shows two Chicago police officers opening fire from their unmarked car in Pilsen last July, a shooting that has resulted in criminal charges against them both. The video was released by the Civilian Office of Police Accountability.
CHICAGO, IL・4 DAYS AGO
WBBM News Radio

A 15-year-old boy faces aggravated battery and weapons charges after Chicago police officers observed him with a gun over the weekend and opened fire, striking him several times. Officers were touring the Chicago Lawn area when they spotted the boy.
CHICAGO, IL・4 DAYS AGO
WBBM News Radio

Man arrested in Little Village after shooting his rifle at cops: CPD

Chicago police said that officers responded to a report of a man with a gun in the 2800 block of West 25th Place in the Little Village. They saw a man standing in the street with a rifle, and police said he began shooting at them.
CHICAGO, IL・3 DAYS AGO
WBBM News Radio

A gunman in an SUV shot an off-duty Chicago police officer Tuesday afternoon in an apparent road rage incident in Irving Park, then led officers on a chase, hitting two squad cars as police fired at him.
CHICAGO, IL・3 DAYS AGO
WBBM News Radio

Police supporters march through Chicago with police escort, unclear if they obtained permit

For three days this week, a small band of Chicago police supporters has been marching through the city’s streets with police escorts. Robert Swiderski, of Running for Blue Lives, said his group has been marching since Tuesday.
CHICAGO, IL・2 DAYS AGO
WBBM News Radio

In the first encounter Zion police had with George Franklin, an officer casually asks him, “George, what’s going on man?” at which time Franklin begins shooting. Officers initially backed off, and after a brief chase and shootout, he was hit.
ZION, IL・2 DAYS AGO
WBBM News Radio

A Florida boat captain who was at the helm when a parasail slammed into a Florida Keys bridge over Memorial Day weekend has been charged with manslaughter in the death of an Elk Grove Village mother.
ELK GROVE VILLAGE, IL・1 DAY AGO