A JOGGER has revealed a horrifying clue she found on the street before the bodies of a dad and three children were discovered inside a car.

The woman was in tears after locating blood under the vehicle, which led her to knock on a neighbor's door and call for help.

Oklahoma City police are investigating the deaths as an apparent murder-suicide as they believe the children's father, Francoise Littlejohn, 29, allegedly killed his three young kids and then himself.

The jogger found the man's vehicle a mile and a half from where he and his family lived, according to the news outlet.

Officers first responded to the home early Saturday, when a welfare check was called in from a relative, KFOR reported.

The relative called police, who then searched the area for hours.

Upon the discovery of the bodies around 7.30am on Saturday, police made a call to the mother of the children.

It is not known if Littlejohn was live streaming when he allegedly killed himself and his children.

"This is a tragic situation; a lot of emotions are involved," Captain Michelle Henderson of the Oklahoma City Police told KOCO.

"We want to always be cognizant and sympathetic to that."

The jogger who found the man described the graphic scene to KFOR.

“I don’t want to be gruesome, but I saw blood on the ground under the car and just thought he had probably shot himself," she said.

“When I went over there, I knew something was off already because the guy's car was running and it was parked three feet from the curb,” she added to KWTV.

“It was on the right side of the road, but it was just odd.”

She said that she passed the car several times, only to find a man motionless in the vehicle.

“I did start to suspect that maybe the guy wasn't alive in the car, so I went to the passenger side, where the window was cracked only a little bit.

"When I went over to the window, it didn't cross my mind that anybody else was in the car.”

She said as she got closer, she discovered the blood under the car.

“When I saw that blood, I didn't go any further, I didn't need to see what was in there,” she said.

“So I went around the corner and knocked on the closest house and then called the police."

The woman told KFOR that she had never seen police and first responders react in such a horrified way as when they discovered the children inside the car.

She said peer support was called in for the police.

“There’s two things I’m going to remember, and that is, you know, seeing that blood under the car and the police reaction," she said.

“That’s how me and the neighbor who had called started to get an idea that there was more than just a man who had shot himself.”

A neighbor, Amy Robinson, told KFOR that the jogger went to her home for help, and she called 911.

Both women were stunned that such a horrifying tragedy could happen so close to home.

“This is a nice area and a lot of people know each other,” the jogger said.

“It's sad that anybody gets to that point.

“Many of us didn’t want to believe that’s what really happened here.”

The neighbor added that the area has been "very quiet" during the five years she's lived there.

“It breaks my heart, and I cannot understand or fathom anybody doing that to a child, let alone three of them." 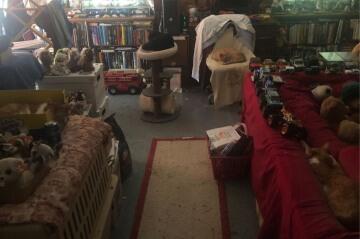 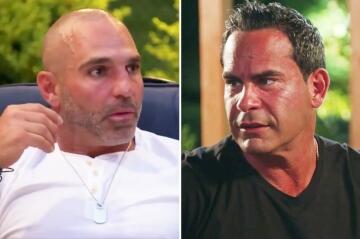 KFOR reported that a crime scene crew was seen taking items out of the family's home on Saturday.

A motive for the slayings remains unclear.