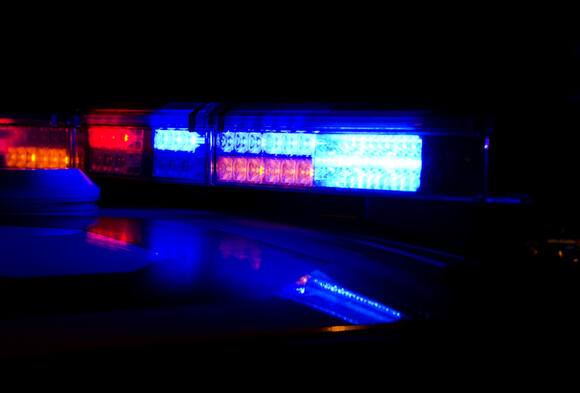 The Jackson County Sheriff’s Office said several drugs and drug paraphernalia were found during a search of SkinWork Tattoo Shop.

42-year-old Ashley Wayne Kimbrell of Scottsboro was charged with unlawful possession of a controlled substance-meth, Alprazolam, Suboxone, Diazepam, and Hydrocodone and possession of drug paraphernalia.

41-year-old Stacey Michelle Stephens (Kimbrell) of Fort Payne was charged with unlawful possession of a controlled substance-Alprazolam, meth, and suboxone along with possession of drug paraphernalia.

JCSO narcotics agents and deputies along with officers from the Scottsboro Police Department served the search warrant.

A man in Decatur is facing burglary charges after police say he broke into separate homes on the same street – two years apart.
DECATUR, AL・2 DAYS AGO
WHNT News 19

The Albertville Police Department is asking for the public's help in locating a woman who was last seen on Sept. 29.
ALBERTVILLE, AL・21 HOURS AGO
WHNT News 19

A federal judge denied a request made by the City of Huntsville to be removed as a defendant in the case of William "Ben" Darby, a former Huntsville police officer convicted of murder.
HUNTSVILLE, AL・22 HOURS AGO

A 35-year-old Cullman man has been charged in connection to the death of a woman in Madison County, according to court records.
MADISON COUNTY, AL・2 DAYS AGO
WHNT News 19

Two Birmingham men have been indicted by a federal Grand Jury for having stolen mail in Madison County.
MADISON COUNTY, AL・2 DAYS AGO
WHNT News 19

A former Madison County resident living in Germany was extradited back to the United States and charged with international parental kidnapping, according to the U.S. Attorney's Office.
MADISON COUNTY, AL・2 DAYS AGO

Alabama officials say the search is on in Decatur for a teenager reported missing in Ohio.
DECATUR, AL・2 DAYS AGO
WHNT News 19

Families still have no headstones after two years

Anita Crow and Pat Little said they are looking for closure after months of waiting for Burningtree Memorial Gardens to lay headstones on their husbands' graves. Cemetery management has promised Crow and Little the markers would be placed for months, but they are still waiting.
DECATUR, AL・16 HOURS AGO

Huntsville father says he will be fired if busing issues continue

A parent in Huntsville's Green Cove community says he is on the verge of losing his job because his child's school bus is late.
HUNTSVILLE, AL・1 DAY AGO
WHNT News 19

St. Zita Disaster Relief and Recovery to collect donations for those affected by Hurricane Ian

A Huntsville organization is asking for monetary and supply donations for those affected by Hurricane Ian.
HUNTSVILLE, AL・1 DAY AGO
WHNT News 19

Crews with Fayetteville Public Utilities are heading down south to some of the worst hit areas from Tropical Storm Ian.
FAYETTEVILLE, TN・2 DAYS AGO
WHNT News 19

PACT is teaming up with first responders in Decatur to bring the annual "Touch-A-Truck" event to kids in the community.
DECATUR, AL・1 DAY AGO
WHNT News 19

Many Alabamians say they're ready to help those impacted by the storm.
DECATUR, AL・2 DAYS AGO
WHNT News 19

A nonprofit is collecting blankets and cold weather gear for the homeless ahead of the most frigid months of the year.
HUNTSVILLE, AL・18 HOURS AGO
WHNT News 19

Rocket City Pride is planning to celebrate its 10th birthday with every color in the rainbow at Pridefest – an all-day festival celebrating the local LGBTQ+ community.
HUNTSVILLE, AL・1 DAY AGO