A man was told to take high-dose B vitamins after blood tests showed he was deficient. Then he lost his ability to walk. 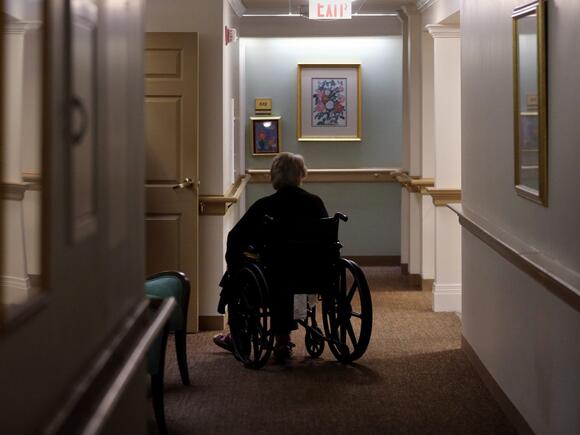 When it comes to vitamins, more does not necessarily mean better.

A man in Australia lost his ability to walk after consuming 70 times the recommended daily dose of vitamin B6, ABC Radio Melbourne reported.

The 86-year-old man had previously been active and lived independently, his daughter Alison Taylor told ABC Radio, until a blood test revealed he had a slight deficiency in vitamin B6.

Taylor said her father didn't have any symptoms of poor health, but his doctor prescribed a 50-milligram vitamin B6 supplement to up his levels. Vitamin B6 , like other B vitamins, helps the body convert food into energy by breaking down carbs and protein. Research suggests it can help the body's immune system and certain brain functions.

But 50 milligrams is much higher than the standard dose recommendation in both Australia and the US, which is 1.7 milligrams of vitamin B6 per day for men over 50. In fact, most people should get enough B6 through eating standard foods like chicken, potatoes, or even spaghetti sauce.

The new, high-dose multivitamin wasn't the only B6 in the man's diet: He was also taking a magnesium supplement, which contained B6, and ate breakfast cereals fortified with B6.

Within months, he started losing the feeling in his legs and eventually went to the hospital after he could no longer walk, Taylor told ABC Radio.

"Twelve months ago he was driving. He's now in aged care and in a wheelchair," Taylor, who did not share her father's name, said.

As the wellness industry expands and demand for dietary supplements increases, more Americans are falling ill due to taking too vitamins or supplements. The number of calls to poison control centers about kids who took too much melatonin rose by 530% in the past decade. Preventative-care experts say vitamin A supplements cause more harm than good, as taking too many can lead to bone pain and hair loss.

Most Americans are not deficient in vitamin B6, thanks to naturally occurring B6 in a variety of common foods, according to Harvard Medical School .

Certain medical conditions, like alcohol dependency and autoimmune disorders, can make individuals more susceptible to a vitamin B6 deficiency, Insider previously reported . Deficiency in the vitamin can cause inflamed skin, a weakened immune system, and depression.

Nerve damage from vitamin B6 overdose is rare , according the American Academy of Neurology, as the water-soluble nutrient typically gets peed out when taken in excess.

Doses of vitamin B6 that exceed 200 milligrams can cause a loss of feeling to the legs due to peripheral neuropathy, or nerve damage. Some patients can regain the ability to walk if they stop taking the supplements, according to Mount Sinai.

Taylor told ABC Radio she isn't sure her father will fully recovery, but she hopes physical therapy will help him to be less reliant on his wheelchair.

I feel for ya dude 💔🇺🇸💔 my health has went downhill since I was told, by a dr, to have a shunt tube put in my head to drain some liquid now I'm on the verge of death its caused more damage than good 💔🇺🇸💔🇺🇸💔

Just because you can buy it over the counter, does NOT mean that you can take handfuls without hurting yourself. If the instructions (either on the package or from the Dr) say to take ONE, do NOT take five!

Go figure. Both my husband and I were told by a doctor to take a Super B Complex which has what is listed as 294 % recommended daily dose. I now cannot walk because of severe peripheral neuropathy. This was prescribed by a licensed Dr. of Podiatry. Well, my husband and I will be stopping this immediately. I hope both of us can undo the damage this has caused.

A vitamin B12 deficiency can go unnoticed and cause symptoms like numb limbs and a yellow tinge to the skin and eyes. A dietitian explains how to get enough.

Vitamin B12, a nutrient found mostly in animal products, is vital for healthy nerves and blood cells. A deficiency can go unnoticed because it can cause symptoms that are shared with other conditions. Vegans can get vitamin B12 from fortified plant milks, nutritional yeast flakes, and supplements.
HEALTH・1 DAY AGO
Insider

Svante Pääbo's discovery of Neanderthal and Denisovan DNA help us unpack what makes our own genes human, and could help unlock future medical cures.
SCIENCE・2 DAYS AGO
Insider

Doctors misdiagnosed me for 13 years. My neurologist finally found what I had and brought me back to life.

The author says one simple test showed she has multiple sclerosis, and after years of misdiagnosis, the news brought her back to life.
HEALTH・1 DAY AGO
Insider

When her daughter was diagnosed with a rare genetic condition, this mom became a nurse to care for her

She left her career as a paralegal to become a registered nurse. She made the switch so she could care for her disabled daughter and kids like her.
FAMILY RELATIONSHIPS・1 DAY AGO

7 reasons you're dizzy after standing up, from dehydration to POTS, and when to call your doctor

Dizziness when standing often relates to a drop in blood pressure. It can happen if you get up too fast, overheat, or do an intense workout.
HEALTH・3 HOURS AGO
Insider

When I first started experiencing symptoms of Crohn's disease, doctors thought it was IBS. It wasn't until 10 years later that I got my diagnosis.
DISEASES & TREATMENTS・1 HOUR AGO
Insider

Does muscle weigh more than fat? Yes, but building muscle can actually help you lose weight

Muscle weighs more than the same volume of fat, but because muscle is denser it takes up less space on your body. It's also important for weight loss.
WEIGHT LOSS・1 DAY AGO
Wyoming News

In reality, the mental health condition DID is very different from how TV shows and movies portray it, according to trauma specialist Shari Botwin.
MENTAL HEALTH・5 HOURS AGO
Insider

Kettlebell swings are great for toning your arms, shoulders, and legs but they're easy to botch — here's how to do this full-body exercise perfectly

Kettlebell swings are a great full-body exercise that builds muscle, improves endurance, and strengthens your posterior chain. Here's how to do them.
WORKOUTS・3 HOURS AGO
Insider

In Uganda, Sudan Ebolavirus is killing healthcare workers at an alarming rate.
HEALTH・3 HOURS AGO
Insider

Kadeena Cox, a four-time Paralympic gold medalist, has multiple sclerosis – a disease of the brain and spinal cord.
HEALTH・6 HOURS AGO