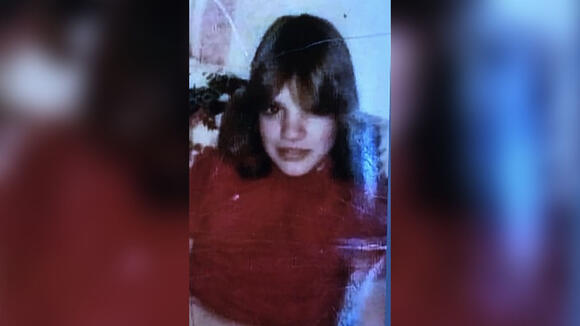 Doña Ana County Sherriffs believe her estimated time of death was between September 10, 1984, to January 10, 1985.

Harrison was from Wichita, Kansas.

The 37 year- old cold case was revisited in 2021. DASO worked with the National Center for Missing and Exploited Children with their help they were offered resources with Forensic Investigators.

Her remains were identified using bone powder from her left femur bone, no larger than a 200 mg ibuprofen tablet. Forensic investigators built out a genealogical family tree with the bone powder, identifying Harrison.

Harrison left her family home in the summer of 1984. The last contact Harrison had with her family was in early September of that year. She told them she was in El Paso.

Harrison's family had this to say in a statement :

"Dorothy was a typical teenager. She was only 16 years old when this horrific crime happened to her. Like most, she was sometimes unhappy at home and easily influenced. She left home with some people she thought were her friends and we never saw her again."

This is the oldest identification of a cold case in New Mexico. New technology allowed for Doña Ana County Sheriff's Office to find the exact location of where the body was found. An accurate location was not available when she was first discovered.

“He told me he was gonna kill me:” Dona Ana County Sheriff recordings within the last year detail turmoil between Bob, Kim Yacone

LAS CRUCES, New Mexico -- The Dona Ana County Sheriff's office has released lapel camera recordings to ABC-7 of two domestic disputes involving Bob and Kim Yacone between March and August of 2022. The tapes are from multiple calls that DASO responded to at the Yacone household, including a domestic disturbance and a suspicious person The post “He told me he was gonna kill me:” Dona Ana County Sheriff recordings within the last year detail turmoil between Bob, Kim Yacone appeared first on KVIA.
PUBLIC SAFETY・9 DAYS AGO
KVIA ABC-7

Las Cruces among top sellers for cannabis in August

LAS CRUCES, New Mexico -- New Mexican Governor Michelle Lujan Grisham announced Friday that Las Cruces is getting $8.75 million as a part of a larger $41 million investment to recruit over 300 law enforcement across the state. The money will allow the Las Cruces Police Department to bring in an additional 67 officers. In The post Las Cruces to get $8.75 million to help recruit more law enforcement appeared first on KVIA.
LAS CRUCES, NM・25 DAYS AGO

Expansion to Mexican side of Santa Teresa Port of Entry expected to boost business, traffic in New Mexico

SANTA TERESA, New Mexico -- The Mexican government announced Wednesday that 440 million pesos, or just over 22 million dollars, will be invested in the Mexican side of the Santa Teresa port of Entry, ahead of expected rapid growth. Many Asian companies are moving their electric car battery production to Mexico, specifically south Juarez and The post Expansion to Mexican side of Santa Teresa Port of Entry expected to boost business, traffic in New Mexico appeared first on KVIA.
SANTA TERESA, NM・26 DAYS AGO
KVIA ABC-7

LOS ANGELES, California -- Gubernatorial Candidate Beto O'Roruke stopped by Jimmy Kimmel Live! last night to talk about the issues Texas is currently facing. O'Rourke spoke about immigration saying, "Sending these migrants to D.C., to Chicago, to New York, now to the Vice President's house isn't doing anything for them, not doing anything for us. It's The post Beto O’Rourke on Jimmy Kimmel, talks about Governor Abbott Busing Migrants; Abbott tweets to Biden Administration appeared first on KVIA.
TEXAS STATE・19 DAYS AGO
KVIA ABC-7

EL PASO, Texas -- The Texas Department of Transportation is taking its safety campaign for pedestrians and bicyclists to different cities around the state. The campaign's goal is to remind everyone to know and follow the rules of the road and watch out for each other. Laws apply to everyone driving, walking or riding a The post TxDOT pedestrian campaign makes a stop in El Paso appeared first on KVIA.
EL PASO, TX・29 DAYS AGO