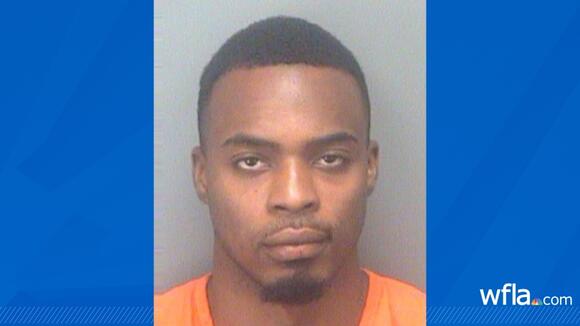 ST PETERSBURG, Fla. (WFLA) — A Largo man was arrested Friday for allegedly battering a pregnant woman in St. Petersburg, according to an affidavit.

The St. Petersburg Police Department said Alonzo Lineil McCray Jr., 24, got into an argument with the victim Friday night that escalated into a physical fight.

Police said McCray hit the woman in the belly and tried to choke her in the back of his vehicle.

According to the affidavit, the woman suffered scratches to her neck and was taken to a St. Petersburg hospital for evaluation.

She and the suspect were said to have known each other for around two years before the incident. The affidavit said the victim was seven months pregnant at the time of the attack.

Police said the defendant refused to talk after being read his rights. He was charged with aggravated battery of a pregnant female.

Someone need to knock that smirk right off of his face. He's going away. Hitting a pregnant woman is a felony. buh bye for 5 years!!!!!!

The Hillsborough County Sheriff's Office responded to an incident at the Chuck E. Cheese in Brandon on Saturday.
HILLSBOROUGH COUNTY, FL・1 DAY AGO
WKRG News 5

87 pounds of marijuana seized in bust at UPS, police say

Officers seized about 87 pounds of marijuana during their investigation of packages intercepted at a local UPS, according to arrest documents released Saturday.
PINELLAS PARK, FL・1 DAY AGO
WKRG News 5

ts in zones A, B and C, including all mobile home residents, are recommended beginning immediately. Mandatory evacuations are likely to follow.
PINELLAS COUNTY, FL・4 HOURS AGO