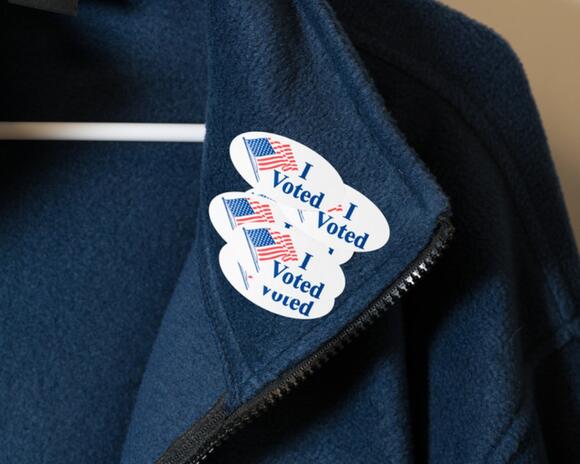 At the end of last month, David filed the “American Confidence in Elections (ACE) Act” with more than two dozen Republican co-sponsors, including U.S. Rep. Greg Steube, R-Fla. According to Davis’ office, the bill “focuses on strong election integrity reforms while respecting the Constitution, federalism, and conservative principles” and “continues to address disappointing challenges faced by military and overseas voters and makes the biggest legislative effort in a generation to protect political speech in a climate where Democrats are doing everything in their power to determine ‘truth’ and silence conservative voices.” Bilirakis’ office noted the bill is “focused on three main pillars: providing states with tools to implement election integrity measures/removing federal impediments, exercising Congress’ responsibility to implement election integrity measures in D.C., and protecting free speech.”

“The integrity of our elections process is vital to the foundation of our society,” said Bilirakis.  “I’m thankful for the tireless efforts of Ranking Member Davis, as part of a nationwide effort to educate, engage, and reform as needed.  Florida has a unique electoral history.  I served in the Florida Legislature during the 2000 election when we were the laughingstock of the nation because of our hanging and dimpled chads.  We have come a very long way in the last 22 years which saw common sense and effective measures put into place to ensure that every legitimate vote is counted, and every illegitimate vote is invalidated.  In his 2021 State of the State Address to the Legislature, Governor DeSantis asked members of the Legislature to take a moment to enjoy the fact that Florida ran perhaps the most transparent and efficient election in the nation in 2020.  People throughout the country were asking why other states could not be more like Florida.  As someone who had a front row seat to the election debacle in 2000, I can assure you that such a sentiment was unthinkable twenty years ago.

“One thing is clear,” Bilirakis continued. “If the American electorate does not have confidence that elections are free and fair, it undermines our republic. Through my work on the Election Integrity Congressional Caucus, I have sought to strengthen that confidence. We have an obligation to understand what transpired during the 2020 election and implement mechanisms to ensure it never happens again. I do believe Florida is truly a role model when it comes to achieving this goal, and I look forward to providing a framework for other states seeking improvement.

“The American Confidence in Elections Act gives states the tools to run free, fair and secure elections, implements model state election integrity best practices in DC, and makes the biggest legislative effort in a generation to protect political free speech,” said Davis. “I thank Congressman Bilirakis for hosting today’s roundtable to discuss the importance of election integrity and how the ACE Act complements efforts made by states like Florida to restore faith in elections.”

Davis’ bill is not expected to gain much traction with both chambers of Capitol Hill controlled by Democrats. The bill was sent to the U.S. House Administration; Judiciary; Oversight and Reform; Ways and Means; Science, Space, and Technology; Financial Services; Intelligence; Energy and Commerce; and the Homeland Security Committees. So far, there is no companion measure over in the U.S. Senate.

Trump has informed some political donors to stop boosting Ron DeSantis, per The Washington Post. During his calls with donors, the ex-president said that DeSantis could be a potential 2024 rival. Trump's endorsement of DeSantis' 2018 gubernatorial bid was a key moment in the governor's political rise. Former President Donald...
FLORIDA STATE・2 DAYS AGO
FloridaDaily

Former President Trump responded Wednesday to Russian President Vladimir Putin’s hinting at being willing to use nuclear weapons in Ukraine, saying that the conflict should never have happened and that it could lead to a world war. Trump said on his social media platform Truth Social that the conflict...
POTUS・6 DAYS AGO
abovethelaw.com

Before being known primarily as Donald Trump’s errand boy, Chris Christie was a prosecutor. And he’s using that expertise to issue a warning to Donald Trump: shut your trap. During an appearance on ABC the former New Jersey Governor said the “nonsense arguments” (you know, like that he...
POTUS・1 DAY AGO
Business Insider

Rep. Nancy Mace says there's "a lot of pressure" on Republicans to impeach President Biden. On NBC's Meet The Press, Mace said impeachment is being considered by some in the GOP. She told host Chuck Todd that if the party chooses to hold a vote, she believes it will be...
CONGRESS & COURTS・2 DAYS AGO

Former liberal MSNBC host and sportscaster Keith Olbermann revealed on Monday that he'd dated Democratic Arizona Senator Kyrsten Sinema over a decade ago. Olbermann, who currently hosts a podcast, didn't spare his disappointment with the moderate senator, claiming that she previously was even more liberal than him. The ex-SportsCenter and...
ARIZONA STATE・1 DAY AGO
FloridaDaily

Last week, two Democrats in the Florida delegation on Capitol Hill–U.S. Reps. Sheila Cherfilus-McCormick and Frederica Wilson–urged President Joe Biden to pursue an “extension and redesignation of Temporary Protective Status (TPS) for Haitian migrants, and a moratorium on deportations to Haiti.”. The congresswomen led a letter to...
FLORIDA STATE・3 HOURS AGO