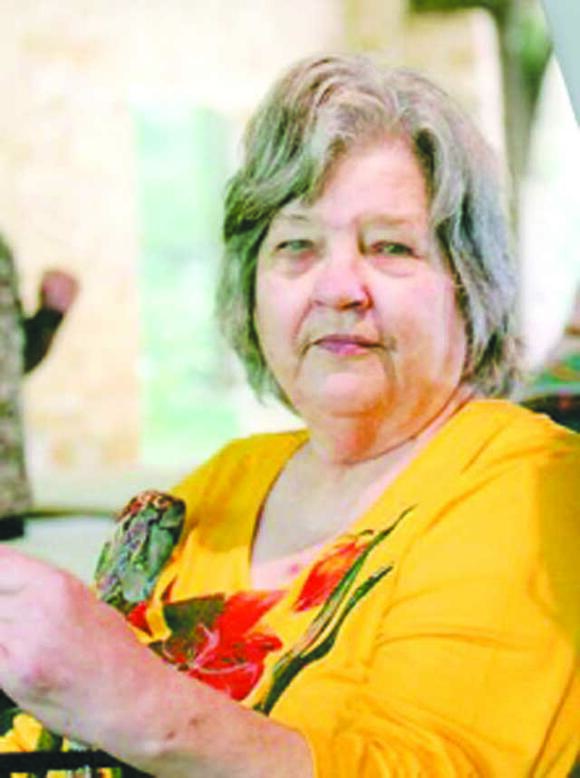 Annabelle Nichols, 80 years of West Union, passed away on Thursday August 4, 2022. She was born in Amanda, Ohio on February 7, 1942, the daughter of the late Hugh and Martha (Baker) Barnhart. Besides her parents, she was also preceded in death by her husband, Kenneth Nichols; brothers Donald and Lafe Barnhart; and three granddaughters, Sarah, Brandi and Kimberly Ann Nichols. Annabelle is survived by her children, Tempie Nichols of West Union, Kenneth (Amber) Nichols of West Union, Jeff (Robin) Nichols of Martinsville, Thelma Nichols of Peebles, Patrick (Jessie) Nichols of Winchester and Christopher (Tammy) Nichols; 12 grandchildren, several great grandchildren; brother, Robert Barnhart of Connecticut; sister, Helen Barnhart of Lancaster; her dog, Eloise; special friends Anne Brames and Janice Caldwell; and several nieces and nephews. Funeral services will be held at 1 p.m. on Tuesday, August 9, 2022 at the Thompson Funeral Home. Burial will follow at the Carmel Cemetery. Frie nds may call from 11 a.m. until time of services on Tuesday at the Thompson Funeral Home.

“Mother’s hands are weary; fold them on her breast. They have been so busy; let them rest. Warn and thin and wrinkled; scarred with toil and care
BLUE CREEK, OH・22 HOURS AGO
People's Defender

Lena Grows Up- Part 2 It is around 1912 as Lena graduates and begins to teach at a nearby country school to earn e
CINCINNATI, OH・3 DAYS AGO

Come to the table and ‘Shift your lens’

By Sherry Larson People’s Defender When we invite someone to sit at the table,
ADAMS COUNTY, OH・5 DAYS AGO

By Sherry Larson People’s Defender It was a lovely Monday morning on September 1
WEST UNION, OH・6 DAYS AGO
People's Defender

Submitted News The Fancy Free Cloggers of West Union delivered an excellent performance at the historic Murphy The
WILMINGTON, OH・11 DAYS AGO