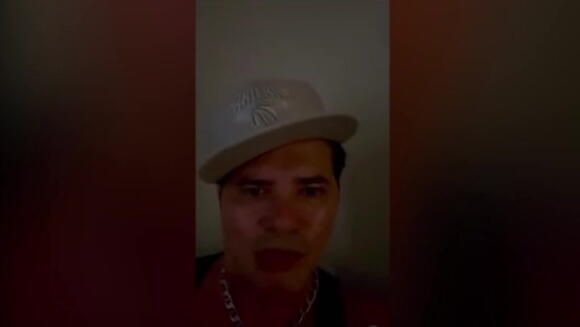 John Leguizamo has spoken out against the discrimination faced by Latin actors as he clarified his criticism of James Franco playing Fidel Castro .

Last week, it was reported that Franco would play the Cuban leader in independent filmcalled Alina of Cuba .

The casting drew criticism over the decision to have a white man play the role , with Ice Stage star Leguizamo calling it “F’d up”.

“I don’t got a prob with Franco but he ain’t Latino!” he wrote on social media.

On Saturday, Leguizamo posted a video to Instagram clarifying his comments.

Stressing again that he had “no problems with James Franco”, he said: “I grew up in an era where Latin people couldn’t play Latin people on film. Where Charlton Heston played a Mexican, where Eli Wallach played Mexican, where Pacino played Cuban and Puerto Rican. Where Ben Affleck, even, in Argo , played a Latin guy and Marisa Tomei played Latin women.

“We couldn’t play our own roles. There was brown face, people painting themselves to look Latin in West Side Story , Eli Wallach in The Magnificent Seven . That’s the era I grew up in. The era where they tell you to change your names, stay out of the sun, that only white-passing Latinos would get jobs.”

Explaining how he’d heard the excuse that there was “no Latin actor who can carry” big films, Leguizamo continued: “Yeah, because you’re never given the opportunity to play anything that had worthy value… Appropriating our stories? No more of that. I’m done with that.

“I’ve been told so many times, ‘you can’t have two Latin people in a movie’. That’s what goes on in this industry.”

Captioning the video, Leguizamo wrote: “Latin exclusion in Hollywood is real! Don’t get it twisted! Long long history of it! And appropriation of our stories even longer! 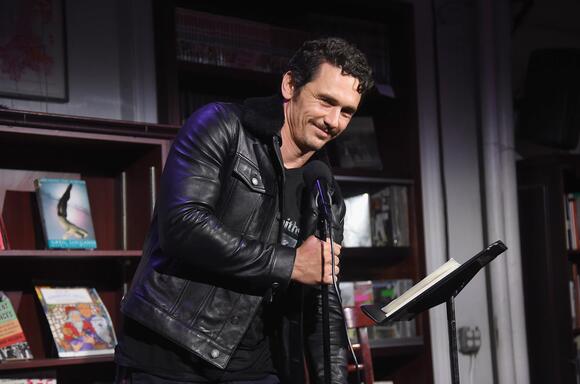 “A guy like John Leguizamo has historically been looked up to by Hispanics as one of America’s earliest actors of Latin descent, and I’ve always admired him as a fellow underdog,” he said.

“But his comments are culturally uneducated and a blind attack with zero substance related to this project.”

Ok...Castros family came from Spain directly and Franco is Portuguese and literally looks just like Castro. This dude just has to cry about everything lately couldn't even be bothered to look up his ancestry.

I'm confused didn't he do a bad job acting like an Italian plumber character created by Japanese people based on stereotypes of Italian Americans in NY?

Jennette McCurdy has shared which moment of her life was the hardest for her to write about in her recent memoir, I’m Glad My Mom Died.In the book, published last month, the former child actor wrote about the emotional and physical abuse she suffered at the hands of her mother Debra since she was a young girl. While the book detailed shocking accounts of abuse, exploitation, anorexia, co-star feuds, and more, McCurdy – who starred as Sam opposite Miranda Cosgrove in Nickelodeon’s iCarly – revealed which portion was the most emotionally difficult to write. On the latest episode of...
CELEBRITIES・1 DAY AGO
The Independent

Britney Spears has shared a post contrasting herself with Jennifer Lopez, criticising the way she was medicated while under her now-defunct conservatorship.Between the years 2008 and 2021, Spears’ personal and financial affairs were controlled by a conservatorship agreement, with her father Jamie Spears serving as her conservator for the majority of that time.Writing on Instagram early on Monday (26 September), Spears suggested that an artist like Lopez would not have been subjected to the same treatment she had.“I’d like to see somebody tell Jennifer Lopez to sit down eight hours a day seven days a week... no car. I’d...
CELEBRITIES・19 HOURS AGO
The Independent

Kanye West has seemingly compared his divorce from ex-wife Kim Kardashian to the death of Queen Elizabeth II. On his Instagram Story on Sunday, the 45-year-old rapper, known as “Ye,” appeared to reflect on his past relationship while addressing the Queen’s recent passing on 8 September. “LONDON...
CELEBRITIES・1 DAY AGO
Deadline

Whoopi Goldberg Calls Out ‘RHOSLC’ Star Jen Shah After Guilty Plea: “When It Comes To Older People, I Am Not As Forgiving”

Whoopi Goldberg and the co-hosts of The View discussed the drama surrounding The Real Housewives of Salt Lake City. After Jen Shah took a plea deal admitting guilt for a fraud scheme, her friends have stuck by her side despite breaking the law. The talk show’s moderator didn’t mince her words after an interview with RHOSLC Meredith Marks in which she says Shah needed “support from people around her.” “Well, maybe the old folks that she defrauded might also need some support around them as well,” Goldberg said. Closing off the debate Goldberg added, “When it comes to older people, I am not as forgiving....
SALT LAKE CITY, UT・1 HOUR AGO

Anthony Bourdain’s heated final texts with Asia Argento surface: ‘You were reckless with my heart’

Anthony Bourdain’s final correspondences are set to be revealed in an upcoming, unauthorised biography entitled Down and Out in Paradise: The Life of Anthony Bourdain.The book is written by journalist Charles Leerhsen who draws on interviews, files, texts and emails from Bourdain’s phone and laptop.In excerpts published by The New York Times on Tuesday (27 September), Bourdain’s last texts to his ex-wife Ottavia Busia-Bourdain show a man conflicted with the duality of fame.“I hate my fans, too. I hate being famous. I hate my job,” the travel documentarian wrote to Busia-Bourdain, who remained his confidente after their separation in...
BOOKS & LITERATURE・5 HOURS AGO
The Independent

George Clooney has shared a glimpse into his relationship with wife Amal Clooney ahead of their eighth wedding anniversary.The couple walked the red carpet at the History Talks 2022 event in Washington, DC on Saturday. George, 61, wore a gray suit and a black button-down shirt while Amal, 44, was dressed in a red jumpsuit with lace detailing.While speaking with Entertainment Tonight on the red carpet, the Oscar winner spoke about his upcoming anniversary and reflected on their past eight years of marriage. “Eight years! And they said it wouldn’t last,” George jokingly declared.When asked what has made the...
RELATIONSHIPS・11 HOURS AGO