Arkansas veteran celebrates passage of PACT Act, fought for language to be included 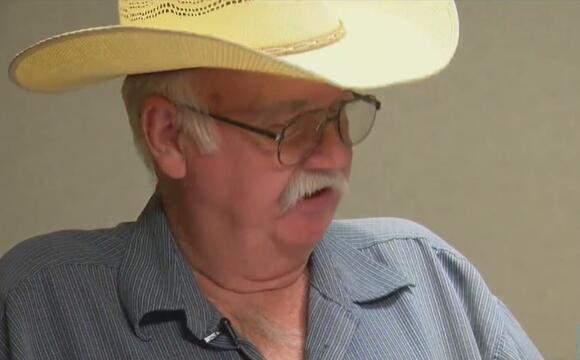 MENA, Ark. – It’s been a journey more than a decade in the making: the fight to guarantee all U.S. veterans exposed to toxins receive their earned health care benefits.

It’s an uphill battle that ended with the passing of the federal PACT Act Tuesday night – with one key component coming out of an Arkansas effort.

The PACT Act made headlines for making sure burn pit exposure was a covered VA condition, a move that would protect thousands of young American veterans. But this bill also includes coverage for some Vietnam-era veterans who have been fighting for years to get the healthcare they need.

For Mena veteran Bill Rhodes, it all started with six years of letters from the VA healthcare system – notices that he had been denied from benefits.

A 2017 KARK Working 4 You investigation uncovered Rhodes and hundreds of other Vietnam veterans were exposed to herbicides while serving in Thailand – but weren’t part of a list of locations eligible for claims.

The investigation drew the attention of lawmakers, and Rhode’s work earned a call from senator John Boozeman and congressman Bruce Westerman who promised to find a solution.

Rhode’s advocacy led to inclusion in the PACT Act that lays out new presumptive locations for Vietnam war herbicide exposure – including all of Thailand.

On the VA’s website, a notice on PACT Act changes has already been updated, including the conditions and language Rhodes fought so hard to validate.

“It’s something that I knew was the right thing,” Rhodes explained on the passing, “and so we had to keep going until we got something done. There were trying times, but you’ve got to look at the bright side and continue work.”

The act is now considered of the largest veteran’s bills in years and – along with his inclusion – Rhodes say this will make a world of difference for those who served.

“It’ll help from the numbers I see millions of veterans,” Rhodes said.

But even optimistic about its signing, Rhodes work isn’t done. He’s now turning his attention to the language used in VA coverage, explaining, “regulations, the law, does not mention or say anything about the difference between tactical and commercial herbicides,” with “tactical herbicide” a reason to deny coverage.

Family members who lost a loved one to violence gathered at the State Capitol Sunday afternoon for the National Day of Remembrance for Murder Victims.
LITTLE ROCK, AR・18 HOURS AGO
KARK 4 News

When Arkansas linemen got the news of the tropical storm, they did what they always do, they packed their bags and hit the road.
ARKANSAS STATE・34 MINUTES AGO
KARK 4 News

When will Hurricane Ian make landfall in the US?

Hurricane Ian is expected to grow larger and strengthen into a Category 4 storm before reaching the U.S. this week.
FLORIDA STATE・3 HOURS AGO
KARK 4 News

. The autumnal equinox is when most people think we have 12 hours of daylight and 12 hours of dark, but that is not the case.
ARKANSAS STATE・2 HOURS AGO

With only a few isolated showers over the last few weeks, Arkansas is continuing to dry out.
ARKANSAS STATE・5 HOURS AGO
KARK 4 News

A 3-year-old boy whose aunt is charged with pushing him into Lake Michigan has died, according to a family source.
CHICAGO, IL・8 HOURS AGO
KARK 4 News

What happens if recreational marijuana is legalized?

Recreational marijuana is set to be voted on in the November general election, and a local dispensary said it expects to see big gains if it becomes legal for sale.
BENTONVILLE, AR・7 HOURS AGO

In an opinion released Thursday evening, the Arkansas Supreme Court has approved the general election ballot measure that could bring recreational marijuana to the state will be decided by voters.
ARKANSAS STATE・3 DAYS AGO
KARK 4 News

The Arkansas Department of Health is beginning to prepare for the dreaded flu season. They are hoping to help break the curve before it gets truly started.
ARKANSAS STATE・2 DAYS AGO
KARK 4 News

The 13-week streak of lower gas prices in Arkansas has ended as prices at the pumps increased this week.
ARKANSAS STATE・4 DAYS AGO
KARK 4 News

Wednesday’s Child: Meet Eric, a 12-year-old searching for the kindness of home

It's been about five years since 12-year-old Eric was removed from his birth home because of physical abuse.
ARKANSAS STATE・4 DAYS AGO

Over 60 ready-to-eat meat products sold by one company in Illinois are being recalled due to possible listeria contamination.
ILLINOIS STATE・9 HOURS AGO
KARK 4 News

Arkansas Storm Team Forecast: Much cooler temperatures are on the way!