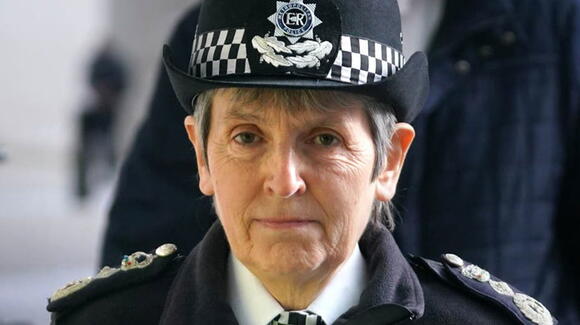 Dame Cressida Dick may have “breached standards” during an inquiry into the unsolved murder of private detective Daniel Morgan , the police watchdog has said.

In a report accusing the Metropolitan Police of “institutional corruption ”, an independent panel found the former commissioner had caused “major delays” to a panel investigating the 1987 killing.

In a separate report issued on Wednesday, the Independent Office for Police Conduct (IOPC) said: “We assessed that Dame Cressida may have breached police standards of professional behaviour by not providing full and exceptional disclosure to the Daniel Morgan Independent Panel (DMIP) sooner, although not to the extent that would justify disciplinary proceedings.

“We found that she acted with a genuine belief to protect the information but may have got the balance wrong and should have given greater priority to her duty to provide full and exceptional disclosure to the panel.”

Dame Cressida disputed the IOPC’s findings that she may have breached standards, saying she and her team “acted professionally, flexibly, expeditiously, diligently and with integrity in a challenging, unprecedented and complex task”.

“I deeply regret that no one has been brought to justice for Daniel’s murder and regret everything the Met or any of its members have done which has added to the pain of Daniel’s family of losing Daniel in such terrible circumstances.”

Mr Morgan, a father-of-two, was brutally murdered with an axe in the car park of a south London pub on 10 March 1987.

There have been no successful prosecutions despite four major police investigations, an inquest, disciplinary action, complaints and other operations.

The IOPC concluded that there were no new avenues for investigation which could now result in either criminal or disciplinary proceedings.

Mr Morgan’s family said they were “disappointed but not surprised” by the outcome of the review.

“As Daniel’s family, we became aware of the police corruption and criminality at the heart of this matter within weeks of the murder: we said so then, and we had to say so repeatedly over the decades since the murder,” a statement added.

“We – and the public at large – have been failed over the decades by a culture of corruption and cover up in the Metropolitan Police.”

Findings published eight years after the independent panel was commissioned by Theresa May said corruption and the “irretrievable” loss of evidence prevented the culprits from being brought to justice.

Baroness Nuala O’Loan, chair of the DMIP, said at the time: “It caused major delays to the panel’s work, which inevitably added to the panel’s costs, caused further unnecessary distress to the family of Mr Morgan.” 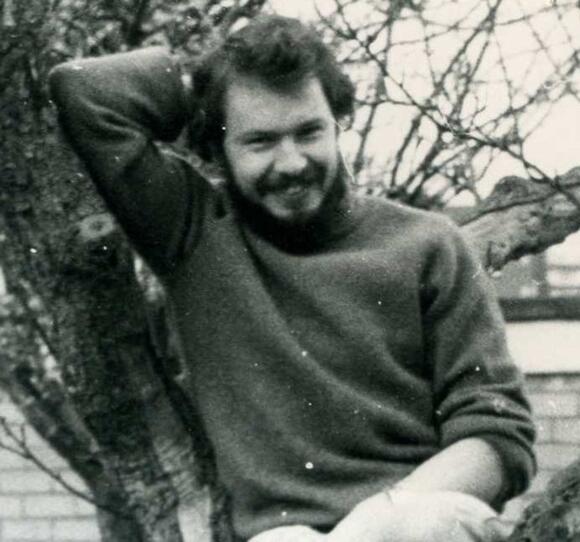 She said Scotland Yard’s leadership had not acknowledged or confronted its failings and showed a “lack of candour”, adding: “We believe the Metropolitan Police’s first objective was to protect itself.”

Boris Johnson said he had “full confidence” in Dame Cressida following the release of the report, which sparked fresh calls for her resignation.

She announced she was stepping down as Metropolitan Police commissioner in February, following the murder of Sarah Everard and a series of scandals over racism and misogyny by officers.

The panel said Dame Cressida, then an assistant commissioner, was the “senior officer in the Metropolitan Police with responsibility for supporting the Daniel Morgan panel’s work” when it was set up in 2013.

She drew up the terms of reference for the review alongside Crown Prosecution Service (CPS) officials and was involved in an initial row over “sensitive” material and access to the Holmes computer system.

Baroness O’Loan said the panel had “never received any reasonable explanation for the refusal over seven years by Cressida Dick and her successors to permit proper access to the Holmes accounts”.

She said the eventual £16m cost of the probe would have been lower if not for the time delays and “very significant resources that had to be spent challenging the continuing Metropolitan Police assertions about the difficulties of enabling the requested access to the Holmes system. This should not have happened.”

The force, which has since been put into special measures, accepted corruption was a “major factor” in the failure of the original 1987 investigation into Mr Morgan’s murder, but rejected the wider label of institutional corruption. 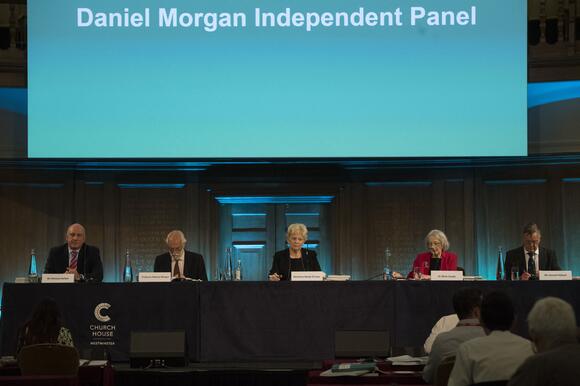 The IOPC said its powers were confined to actions by individual officers and that it “has no power to make any determination” on the issue.

It looked at 50 current and serving officers itself, and also asked the Metropolitan Police, London Mayor’s Office for Policing and Crime (Mopac) and Hampshire Constabulary to assess whether officers had committed misconduct or any offences.

All three bodies responded negatively but the IOPC said it disagreed with their assessments of Dame Cressida and other officers.

It also named the former Metropolitan Police assistant commissioner John Yates, who retired in 2011, saying he may have breached standards by failing to take action against the senior investigating officer in Mr Morgan’s murder.

Former Detective Chief Superintendent Dave Cook’s actions led to the exclusion of key witness evidence from the trial of three suspects, the IOPC said, but disciplinary proceedings cannot be brought after retirement.

Sal Naseem, IOPC regional director for London, said: “From the first to last investigation into Daniel Morgan’s murder there were failures to adequately challenge and investigate allegations that officers had acted corruptly.

“In coming to our decisions, we are acutely aware that not one single officer was ever successfully prosecuted or received significant disciplinary action as a result of corruption directly connected to the murder investigations.

“The circumstances of these matters must serve as a salient reminder to the Metropolitan Police and the police service more widely, of the importance of being constantly vigilant in challenging improper and corrupt behaviour swiftly, firmly and robustly.”

Assistant Commissioner Amanda Pearson said Scotland Yard had “transformed” its response to murder and corruption since Mr Morgan’s murder and was working to implement the panel’s recommendations.

“We deeply regret that we have been unable to bring those responsible for the murder of Daniel Morgan to justice. We profoundly apologise,” she added.

”Corrupt individuals, including police officers, played a significant part in undermining our ability to bring offenders to justice and we recognise the impact this has had on the public’s confidence in us.”

A police leader has accused the government of treating law enforcement as a “political gimmick” after the new home secretary announced targets to cut crimes including murder by 20 per cent.The chair of the Police Federation, which represents more than 120,000 rank-and-file officers in England and Wales, also hit out at plans to compare regional forces using league tables.In an exclusive article for The Independent, Steve Hartshorn wrote: “It pains us when situations are created where we are compelled to reason with the country’s top lawmakers about the basics of policing.“It is even more disappointing, and dangerous, to see policies...
PUBLIC SAFETY・1 HOUR AGO
The Independent

A street gangster was hacked to death in swift retribution for crashing a party on rival turf and attacking the birthday boy with a machete, a court has heard.Salem Koudou, 19, was stabbed 32 times after he was chased by up to 15 people intent on revenge in Brixton, south London, jurors heard.Darius Kwakye, 29, Donte McCalla, 21, and Tristan Bullock, 21, are on trial at the Old Bailey for his murder and an alternative charge of manslaughter, which they deny.Opening their trial on Monday, Oliver Glasgow KC said there could be no excuse for the “murderous attack”.On 20 August 2020,...
PUBLIC SAFETY・21 HOURS AGO
The Independent

The actions of police in releasing a violent offender contributed to the deaths of two people who were beaten to death in Belfast, a coroner has ruled.Coroner Joe McCrisken said that Sean Hegarty should not have been released from custody on December 9 2013, just days before Caron Smyth, 40, and Finbar McGrillen, 42, were murdered at Ravenhill Court.Hegarty, formerly of Grainne House in the New Lodge area of Belfast, and Ciaran Nugent, formerly of the Simon Community on the Falls Road, were jailed for the double murder in 2015.But the inquest was conducted to ascertain if the actions of...
PUBLIC SAFETY・21 HOURS AGO
The Independent

Police want to trace four men in connection with disorder that took place during the Euro 2020 final between England and Italy. Officers in London have released images of the men they want to speak to and have asked for the public’s help to identify them. Three are wanted in connection with assaults on emergency workers at Wembley Stadium on the day of the final, which saw England lose at the same venue. The other is wanted in connection with an assault on a member of the public at Trafalgar Square in central London on the same day.All incidents...
PUBLIC SAFETY・2 DAYS AGO

A Sheffield police officer has denied two counts of raping a woman while off duty.Former police constable Rowan Horrocks appeared at Leeds Crown Court on Tuesday after a woman reported she was raped in South Yorkshire on November 28 2021.The 26-year-old pleaded not guilty to the charges and a trial was scheduled for October 30 2023.Judge Tom Bayliss KC said that due to the nature of the case, the complainant would be cross-examined on a date before that.I'd like to give my full assurance to the public that reports of this nature against one of our officers are treated incredibly...
PUBLIC SAFETY・59 MINUTES AGO
The Independent

The killer of a former Wasps rugby player could be granted day release less than two years after he was sentenced – prompting the victim’s family to ask: “How will anyone be safe?”Allan Isichei, 69, was stabbed to death by Gurjeet Lall, 38, on his way back from his local pub, yards from the home he shared with his wife, Sandra, in Southall, west London, in August 2019.The father-of-three, who had five grandchildren, was a prop for Wasps during the 1970s and 1980s, and played nearly 200 games for the club’s first XV.Schizophrenic Lall was cleared of Mr Isichei’s murder...
PUBLIC SAFETY・38 MINUTES AGO
The Independent

The scheduled resumption of the prosecution of a military veteran for two murders on Bloody Sunday has been adjourned for 24 hours after a mix-up over what court it was due to be heard in.While prosecution and defence lawyers in the case involving Soldier F were directed to attend court in Belfast on Tuesday morning, the district judge presiding over the case was sent to Londonderry.Last week, Northern Ireland’s Public Prosecution Service (PPS) announced it was recommencing proceedings against the former paratrooper on two counts of murder and five counts of attempted murder.Soldier F is accused of the murders of...
WORLD・1 HOUR AGO
The Independent

Voices: Suella Braverman is wrong – law and order must be free from the ebb and flow of politics

When I first heard about the new prime minister’s desire to introduce league tables for the police forces of England and Wales, my heart sank. History has demonstrated that this does nothing to deliver policing, based on local needs, to different communities.Liz Truss’s idea completely fails to take account of the remit of elected police and crime commissioners, introduced in 2012 by a Conservative government, to set local policing priorities in collaboration with the chief constables and communities they serve.This was further compounded by the letter from the new home secretary, Suella Braverman, to all police chiefs in England...
LAW ENFORCEMENT・1 HOUR AGO

A new inquest will examine whether there was a “further missed opportunity” to prevent the death of a vulnerable young woman who killed herself after being refused admission to hospital, a coroner has said.The original 2015 inquest into the death of Sally Mays, 22, was quashed by the High Court last year after the emergence of a conversation between one of Miss May’s care co-ordinators and a consultant psychiatrist on the day she died, which had been withheld from the original hearing.Starting a fresh inquest on Monday, senior coroner Professor Paul Marks described how Miss Mays, who had long-standing mental...
MENTAL HEALTH・19 HOURS AGO