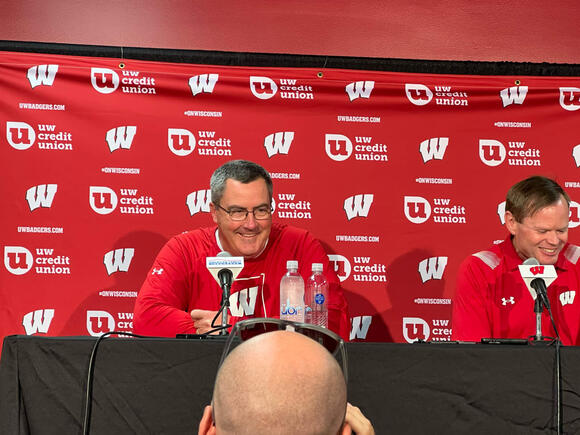 A look at some of the takeaways from Paul Chryst's media availability on Tuesday ahead of the 2022 season.

With the Wisconsin Badgers football team set to begin fall camp on Wednesday, head coach Paul Chryst and select players were available on Tuesday for a local media day at Camp Randall Stadium.

Meeting with reporters for just over 15 minutes, Chryst answered questions about his team and what lies ahead for the Badgers during the 2022 season.

Here is a brief synopsis of what the head coach had to say entering his eighth fall camp in charge of his alma mater.

Wisconsin Badgers versus Illinois matchup by the numbers

A preview of Wisconsin versus Illinois based on several key indicators and statistics.
MADISON, WI・1 DAY AGO
All Badgers

An overview of what Wisconsin Badgers head coach Paul Chryst had to say following the Ohio State game on Saturday and during his weekly media availability on Monday.
MADISON, WI・2 DAYS AGO