Bmore's 92Q is the new home of The AM Clique! 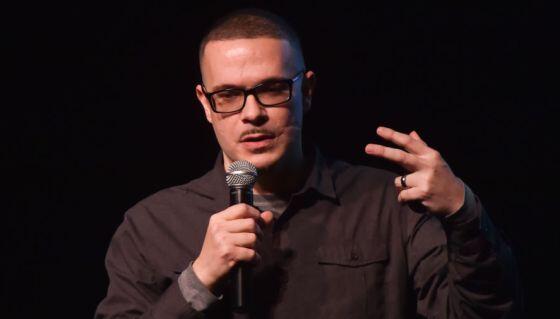 Although he seemingly came into our political conscious with the right intentions, now-infamous Black Lives Matter activist Shaun King has rubbed a lot of people the wrong way over the past few years. His policies, public statements and more importantly how he’s spent money donated to associated organizations has become an issue of concern on more than a handful of occasions.

The latter proved to be a problem yet again, this time using money donated to his Political Action Committee in order to purchase a prize show dog at a hefty $40,000 price tag.

The scathing tweet at Shaun King’s expense seen above is just one of many others you’ll find on a quick Twitter search, with many criticizing both the amount he spent for the dog and the source from which he got the funds to make such a steep purchase. New York Post confirmed that King made two payments via his Grassroots Law PAC for the prize-winning mastiff, including a $10,000 “contractor deposit” and another $30,650 to seal the deal with California breeder Potrero Performance Dogs. King made it Facebook official soon after the transaction was completed to welcome, in his words, a “new member of the King family” that was eventually named Marz.

However, earlier this month Potrero Performance Dogs made a post on Instagram that showed Marz had won “Best In Show” at the American Kennel Club competition, confirmed King had in fact returned the dog due to having “a little too much energy to be a family dog.”

Since the controversy went viral, King himself hopped on Instagram to post a pic of his family and explain at length why a grand purchase was necessary at the time. See his full caption below, via Instagram :

“I have to say some things that I’ve worked hard to keep private for the safety and security of my family. But I need you to know this so that you understand why our family not only needs a guard dog at home, but 24/7 security wherever we go.⁣ ⁣

Before you talk about how I should defend myself with guns, New York City won’t even allow me to have a gun. New Jersey doesn’t have stand your ground laws and hardly allows you to even own guns. News outlets have shown our home and exact location online, which then caused a slew of strangers to show up at our home. ⁣ ⁣

We’ve had people come up on our front yard. ⁣ And up our backyard, frightening the hell out of my family. ⁣ ⁣

We’ve had people file fake police reports against us. Causing the police to show up at our home. ⁣ ⁣

We’ve had people file fake child abuse reports against us. Causing child services to harass us for months. ⁣ ⁣

I’ve had complete strangers confront me in public because of total fabrications they heard about me online and even had someone put their hands on me over lies they read online. ⁣ ⁣

When my daughter almost died when she was hit by a car she needed extra security because people were coming to the hospital to harass us. ⁣ ⁣

I’ve had hundreds of death threats – including from police, military snipers, and white supremacist groups. Even when I file cases with the FBI they’ve done nothing, so we stopped even filing them. ⁣ ⁣

I’ve received death threats in the mail, in email, and across social media. I report it. Nothing happens.⁣ ⁣

A dozen white supremacists and police officers are in prison right now because of my work. Several have recently been released. ⁣ ⁣

Police have caused problems with my children at their schools over me. I fucking kid you not. ⁣ ⁣

This is what my life has become. ⁣ ⁣

I spend more time each day now thinking about how to keep my family safe than I do doing the actually work I’m called to do. ⁣ ⁣

So know this, when you see reports about the money it costs to keep me and my family safe, it’s nowhere near enough. Not at all. Not even close.⁣ ⁣

Considering the prior accusations of money laundering made against King, including one specifically that claimed he unethically solicited money in the name of slain 12-year-old Tamir Rice, it’s easy to hop on the train and paint him yet again as someone using his place as an activist for personal gain. However, looking at everything he wrote above, there definitely could be some misunderstanding on his behalf.

Scott Walter of left-wing investigator Capital Research Center says of the whole ordeal, “This luxury dog expense may not be illegal for a PAC, but it shows little respect for King’s donors.”

Meghan Markle Was Fuming About Not 'Getting Paid' For Royal Tour, 'Failed To Understand The Point' Of Public Outings: Book

Talk about a not-so-pretty penny. Meghan Markle was apparently left less than thrilled about the reality of her role as the Duchess of Sussex after marrying into the royal family in 2018. In a new bombshell book titled "Courtiers: The Hidden Power Behind the Crown," author Valentine Low claims the...
CELEBRITIES・1 DAY AGO
Outsider.com

At the young age of 18, Ralph “Sonny” Barger already had a colorful story. In 1955, he enlisted in the army, only to be honorably discharged fourteen months later when they discovered he was only 16. He then made a name for himself as one of the most...
OAKLAND, CA・1 DAY AGO
Cinemablend

Forget Private Jet Controversies: Kris Jenner Admits To Buying Whole Apartment To Wrap Gifts And Then Forgetting About It

The Kardashians and Jenners get called out for a lot of things, from multiple Kim Kardashian PhotoShop fails to Kylie Jenner’s private jet flex. The family makes such an obscene amount of money — the two previously mentioned sisters are actual billionaires — that we normal folk simply cannot fathom living our lives the way the reality stars do. But when it comes to being unrelatable, matriarch Kris Jenner may have taken the cake in the Season 2 premiere of The Kardashians, when she admitted that she had an entire Beverly Hills condo in which to do her gift-wrapping, and that she’d forgotten it was there.
BEVERLY HILLS, CA・4 DAYS AGO
92Q

The Netflix hit dating show 'Love is Blind' is now casting for their upcoming seasons and the cities include; D.C., Charlotte, Tampa and Detroit. The post Love Is Blind Now Casting In Washington, D.C. + 3 More Cities! [Apply Here] appeared first on 92 Q.
WASHINGTON, DC・19 HOURS AGO

Bmore's 92Q is the new home of The AM Clique!