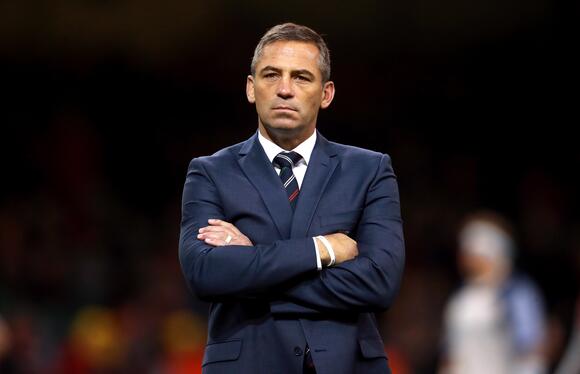 Smith will join on a two-year contract from the Italian Rugby Federation, where he has most recently been working as head of high performance.

The former South Africa international lost all 13 of his matches in charge of Italy during 2020 and 2021.

Smith was previously head coach of Treviso from 2007 to 2013 and has spent several spells as player, assistant coach and head coach of the Cheetahs in his native country.

Wilson was sacked two months ago after Glasgow lost 76-14 against Leinster in the United Rugby Championship quarter-finals.

Smith, who will arrive in Scotland at the end of August, told the Warriors official website: “I have followed Glasgow for a long time, since coaching at Benetton when they joined the PRO12 in 2010, and the way they play has always appealed to me because their style is embraced by the fans.

“In coaching I always have these objectives: to play a winning brand of rugby; to have a style that is good to watch and that the fans can associate with – it is the Warrior Nation’s team, and our responsibility through the coaches and players is to represent them.

“There are also opportunities at Glasgow to contribute to the pathway for up-and-coming players, making sure we are developing creative, fit, and knowledgeable rugby players from a young age that we will bring all the way through to Scotland.

“I am looking forward to joining the club and getting to know the coaching staff and players as we begin working together.”

Smith won the first of nine international caps in a try-scoring debut against Scotland at Murrayfield in 1997 and played for Newport, Bologna and Benetton Treviso as well as several clubs in South Africa. 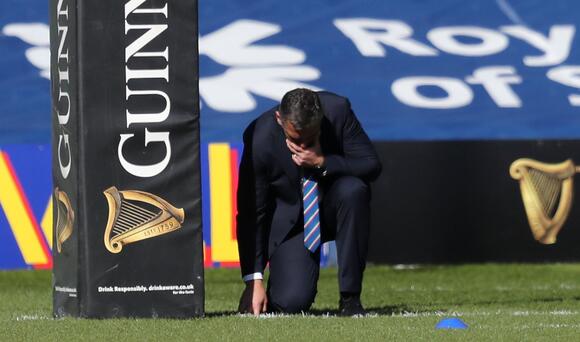 His coaching highlights include two national titles with Treviso, two Currie Cup titles with Cheetahs plus two years as an assistant coach with the Springboks.

Warriors managing director Alastair Kellock revealed that it was Smith’s “depth of knowledge in the game and his experiences at professional club and international levels” that stood out.

“I know Franco will bring an exciting identity to our game based on high tempo and hard work, and he will bring the best out of the talented group of players we have at Scotstoun,” he added.

Scottish Rugby Union chief executive Mark Dodson added: “Throughout our recruitment process Franco stood out as a strong technical coach who wants to play positive rugby, which fits with the DNA of Glasgow Warriors and how we want to develop our squad, especially the exciting group of younger players, at Scotstoun.”

Weynay Ghebresilasie hopes to represent Great Britain at the Paris Olympics, 12 years after he was the flag bearer for Eritrea at London 2012.Ghebresilasie, then an 18-year-old steeplechaser, stayed in Britain after the Games to avoid conscription in his dictatorship home country.He settled initially in Sunderland and worked for Land Rover before moving to Glasgow, and last year became eligible to run for Britain.Now, 10 years on from the London Games, Ghebresilasie was the first British finisher at the London Marathon, coming home in ninth place.“Before the 2012 Olympics my country was not in a good situation, I was in...
WORLD・3 HOURS AGO
The Independent

Declan Rice has backed Gianluca Scamacca to add to his growing catalogue of spectacular goals for West Ham United.Italy striker Scamacca struck a superb half-volley from 20 yards to open the scoring for the Hammers in their 2-0 home win over Wolves on Saturday evening – the strike marking his first Premier League goal.The £30million summer signing also struck a wonder goal against Silkeborg in the Europa Conference League last month. Yet Scamacca’s crackers have come as no surprise to Hammers captain Rice.“He has probably scored about 20 worldies since he’s been here, and I’ve just gone, ‘Wow, he can...
PREMIER LEAGUE・3 HOURS AGO
The Independent

Ethiopia’s Yalemzerf Yehualaw recovered from a fall to win the women’s race at the London Marathon.Yehualaw appeared to trip on a speed bump with six miles remaining but recovered to rejoin the leading pack.The 23-year-old came home in 2 hours 17 minutes and 25 seconds – the third fastest time at the event – as defending champion Joyciline Jepkosgei, of Kenya, had to settle for second.London debutant Amos Kipruto, a world bronze medallist in Doha in 2019, won the men’s race.The 30-year-old Kenyan clocked 2:04.39 ahead of Ethiopia’s Leul Gebresilase with Bashir Abdi of Belgium in third.The first Briton home...
WORLD・3 HOURS AGO
The Independent

The London marathon takes place today with athletes and members of the public prepared to tackle the 26-mile route around the British capital. The start is near Blackheath in Greenwich, with the route taking in landmarks such as the Cutty Sark, the Shard, the London Eye and Parliament before reaching the finish line at the Mall by Buckingham Palace.28-year-old Kenyan, Brigid Kosgei, who won the London Marathon in 2019 and 2020 has withdrawn through injury but the women’s field still features Kosgei’s compatriot and last year’s winner Joyciline Jepkosgei (29) and Ethiopia’s Yalemzerf Yehualaw (23) who set the fastest debut time for a...
SPORTS・2 HOURS AGO

At least 125 people are reported to have died after a crush at an Indonesian football match on Saturday. Initial figures quoted 174 dead after the tragedy, before officials revised the tally.Police reportedly tear-gassed some rioting supporters after Arema FC lost 3-2 to rivals Persebaya Surabaya in East Java.Around 180 were said to be hurt in a stampede with the disaster one of the world’s worst at a stadium.The country’s chief security minister Mohammad Mahfud said 42,000 tickets had been told for the 38,000 capacity stadium and posted on Instagram: “To the victims family, our condolences. We also hope that...
PUBLIC SAFETY・3 HOURS AGO
The Independent

A fatal stampede in Indonesia after a football match has left at least 125 people dead in what is being described as one of the worst stadium disasters in the world, as questions emerge over how the incident happened.Fights over football are common in the country, where the sport is popular and the domestic league is followed widely.The incident happened in the aftermath of a fight breaking out between crowds after Indonesian football team Arema Malang was defeated 3-2 by rivals Persebaya Surabaya at Kanjuruhan stadium in East Java’s Malang city.This was the first time the team ceded a...
FIFA・3 HOURS AGO