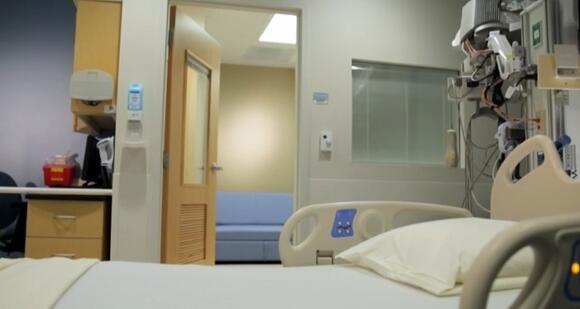 LANSING, Mich. (WLNS) – A local mom is distraught after her 7-year-old was mauled by two pit bulls.
Her mom just wants answers from animal control on what will be done about this as her daughter recovers from surgery.

Her dad’s fiancée was there at the time and stopped the attack. 6 News has photos, but they are graphic. They will be shown at the bottom of this article, but viewer discretion is advised.

“She was screaming to the top of her lungs and she begged me, saying “Shertta, Sheretta please don’t let me die” and I said I’m not gonna let you die sweetheart, I promise I got you. I got you,” said Sheretta Lee, the father’s fiancée.

Sarae’s mother has been at Sparrow Hospital since the attack happened. She says she didn’t know until she arrived how terrible her daughters injuries were.

“She has a really bad open wound. Skin is taken off so she may have to have reconstructive surgery on her right thigh. There was a lot of tissue and all that showing. She had chunks taken out of her back her butt on her left side,” said mother Latasha Williams.

After being in surgery for over three hours, Williams says doctors were able to repair some of Sarae’s wounds but that she may need more procedures. Lee says she’s glad her dog Abby was there at the time.

“I have a dog too. And my dog Abby went and jumped on the other dog and bit the other dog
to release Sarae and dragged Sarae a little bit to me, and I picked her up and we were able to get her into a threshold, but the dog still tried to come at us and through the house,” said Lee.

“I don’t know if they were fighting dogs or what, but there’s kids in that neighborhood. What I would like to see happen is those dogs being detained, and possibly taken out of the care of the owners,” said Williams.

6 News spoke with the director at Ingham County Animal Control to see where the dogs that were involved are now. They said they don’t exactly know, and that they are investigating.

As for Sarae, her mom says she’s done physical therapy and that she was finally able to walk a few steps this morning.

Pictures below, viewer discretion is advised.

Precious child...please protect your children at all times. And to the dog owners please make sure that your dogs are restrained at all times. And if your dog bites anyone, don't hesitate...put it down. Period!

I hate pitbulls. one attack my niece a couple of years ago. almost killed her. I don't trust them and don't care what no one says they are dangerous.

WILLIAMSTON, Mich. (WLNS) – A Williamston man is in custody after allegedly committing domestic violence and torturing someone, Williamston Police said in a press release. Christopher Palazzolo was arrested by the Williamston Police Department and the Michigan State Police Fugitive Team and has since been arraigned in court. The charges stem back to a suspicious […]
WILLIAMSTON, MI・20 HOURS AGO
WLNS

2 of 3 suspects charged in drive-by that killed toddler

BATTLE CREEK, Mich. (WOOD) — Two of the three people arrested after a Battle Creek 2-year-old was killed in a drive-by shooting last week have been formally charged with murder. Martavon Nelson, 18, was arraigned Monday on charges of murder, assault and obstructing justice/failure to appear. Bond was denied,...
BATTLE CREEK, MI・22 HOURS AGO
WLNS

The Ionia County Prosecuting Attorney's Office is waiting to get Michigan State Police's investigation into an 83-year-old woman being shot and injured near Lake Odessa.
LAKE ODESSA, MI・20 HOURS AGO
WLNS

GRAND LEDGE, Mich. (WLNS) – The former Superintendent of Grand Ledge Public Schools was awarded nearly one million dollars after suing the district. He was fired after he posted controversial comments about the death of George Floyd. Brian Metcalf says he’s very remorseful for his comments. In 2020 he posted on Facebook saying “If Floyd […]
GRAND LEDGE, MI・20 HOURS AGO

LANSING, Mich. (WLNS) - It's Parenting Connection Tuesday and 6 News is here for you with tips, strategies, and helpful reminders from local child development experts on how we can be better parents and guardians. Today's topic: Concerns of body image are happening at a younger age. A new poll from the University of Michigan, finds almost two thirds of parents say their child is self-conscious about some aspect of their appearance, whether it's weight, hair, acne, or facial features. It also shows it's no longer just a perceived teenage girl issue -- and that half of kids between the ages of 8 and 12, from both genders feel body image pressures as well. Doctors who did the study say, social media is playing a big role in how children think about body image. Mainly because it's not just models who are getting airbrushed and using filters to make them seem to look perfect -- anyone with a smartphone can do it. Family Studies expert Doctor Megan Maas with Michigan State University says, parents who model a healthy body image are much more successful than just using words -- especially when parents stay away from pointing the negative body image spotlight on themselves. "If you need to make comments about your body or things like that, do it with your friends and not when your kids are around," says Maas. "If you do endulge and eat cake or whatever just don't say anything -- it's just part of life. Don't punish yourself for that because your kid is going to internalize that and think, 'oh wow, I had cake at this party and now I need to go someplace else'... so modeling your behavior is important."
LANSING, MI・7 HOURS AGO
WLNS

IONIA COUNTY, Mich. (WLNS) — Got any alarming phone calls from the Ionia County Sheriff’s Office recently? The sheriff’s office is asking locals to be wary of any phone calls, especially ones saying that the police have a warrant out for the target’s arrest, and the person must pay their bond or go to jail. […]
IONIA COUNTY, MI・22 HOURS AGO
WLNS

Dancer, the mystery cat could use a home

Though she's missing a couple of teeth, it doesn't bother her much.
INGHAM COUNTY, MI・4 DAYS AGO
WLNS

ANN ARBOR, Mich. (WLNS) – A new poll from the University of Michigan finds that nearly two-thirds of parents say their child is self-conscious about some aspect of their appearance. That includes acne, weight, hair and facial features. Nearly a third of parents say their kids have been treated unkindly by others due to their […]
ANN ARBOR, MI・19 HOURS AGO
WLNS

Woman shot in Ionia Co. while passing out pamphlets

ODESSA TOWNSHIP, Mich. (WLNS) – An 83-year-old anti-abortion activist was shot while passing out pamphlets on Tuesday, September 20. The victim, who chose to remain anonymous, was shot in the back/shoulder while leaving a home after a heated argument, Right to Life Michigan said in a press release. The man accused of shooting her was […]
IONIA COUNTY, MI・3 DAYS AGO
WLNS

JACKSON COUNTY, Mich. (WLNS) — Jackson County officials are investigating a crash that occurred around 2:00 p.m. Sunday in Concord Township. Deputies responded to the crash at North Concord and Warner Road after getting reports of a personal injury crash. Officials say a car that was heading west ignored a stop sign and then hit […]
JACKSON COUNTY, MI・22 HOURS AGO
WLNS

Crediting help from the community, Battle Creek police have arrested three people who they say are responsible for a drive-by shooting that killed a 2-year-old.
BATTLE CREEK, MI・4 DAYS AGO

LANSING, Mich. (WLNS) — The first case of Eastern Equine Encephalitis (EEE) in Eaton County this year has been detected. According to State Veterinarian Nora Wineland, the case of EEE was found in a two-year-old Paint cross gelding. The gelding started showing neurologic signs of EEE on Sept. 8. The horse was not vaccinated against […]
EATON COUNTY, MI・1 DAY AGO
WLNS

While state lawmakers consider a bill that would ban the use of cell phones in schools across Michigan, it’s been the reality for a local school district for years.
GRAND RAPIDS, MI・1 HOUR AGO
WLNS

ELPD responds to rollover crash on US-127

EAST LANSING, Mich. (WLNS) — The East Lansing Police Department responded to a single car rollover where the driver sustained minor injuries. Police told 6 News the incident happened around 9 a.m. Saturday morning on US 127 southbound near the Trowbridge exit. ELPD also said the driver did not go to the hospital.
EAST LANSING, MI・3 DAYS AGO
WLNS

Safety is a growing concern in East Lansing amid recent incidents of violence. Now the East Lansing Police Department says it's beefing up security.
EAST LANSING, MI・3 DAYS AGO
WLNS

JACKSON, Mich. (WLNS) – Take a drive around Jackson and your license plate might be on camera. It’s part of technology the Jackson Police department is using to catch criminals and leaders say it’s working. “The technology was used yesterday where we recovered two different wanted persons that were wanted for significant charges,” said Jackson […]
JACKSON, MI・3 DAYS AGO
WLNS