EAST RUTHERFORD -- With training camp beginning and the season rapidly approaching, the New York Giants organization and fans are excited to embrace a new-look offense.

Enter Wan’Dale Robinson, the electrifying playmaker they hope can take this offense to the next level.

Drafted 43rd overall in the 2022 NFL Draft, the 5-foot-8 receiver is known for his speed, elusiveness and ability to break tackles. With new coach Brian Daboll adding more motion and deception to the offense, Robinson could be a perfect fit.

“They’re creative,” Robinson said of Daboll and offensive coordinator Mike Kafka on Thursday at Giants training camp. “They find different types of ways to get all of us the ball, moving everybody around in a lot of different places.” 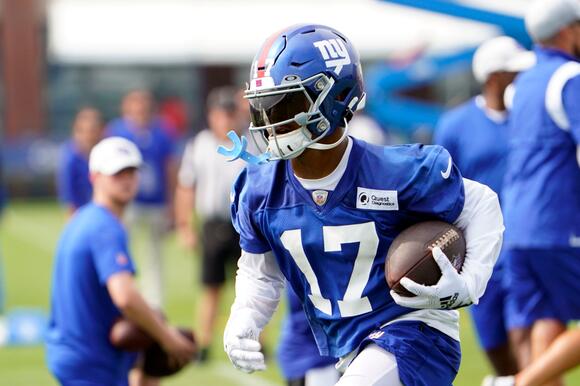 Throughout his college career at Nebraska and Kentucky, Robinson was used at both running back and wide receiver. He expects that to continue with the Giants.

“I think that's kind of the skill set of being able to play a lot of different positions,” Robinson said. “Being versatile is really what they want and just being able to be smart and being able to adjust out there. They give us a lot of freedom with the way that we run our routes and things like that, so you gotta be a really smart football player.”

Robinson said the Giants' system is a little different than the one he played in at Kentucky. He used a system similar to the Los Angeles Rams in college, and the terminology between the two systems is completely different.

While expectations are high for the rookie receiver, Daboll emphasized that it's only the first week of training camp.

“Another smart, instinctive player,” Daboll said of Robinson. “We’ll continue to move him around. Again, it’s his first training camp practice, so don’t get too high, don’t get too low, just try to string them together, but good young guy to work with.” 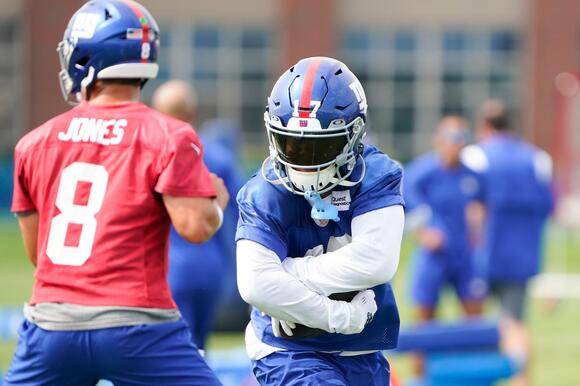 “Luckily we were up here for OTAs and we had just about everybody here,” he said. “Then, even during the offseason, whenever we were able to leave, just being able to stay up here with some of the guys and workout and just kind of get closer with them was really good.”

As is tradition, rookies get paired up to share a hotel room during training camp. For Robinson, a familiar face has made his transition easier.

“I got Yusef,” Robinson said, referring to his roommate, Yusef Corker, a former teammate at Kentucky. “So yeah, it was pretty easy.”

Even if you aren't a baseball fan, it's been impossible to ignore the magical season Aaron Judge is having for the New York Yankees. Leading in nearly every offensive category, Judge has had a spectacular year and tonight tied the American League and Yankee record for most home runs in a season at...
BRONX, NY・1 DAY AGO