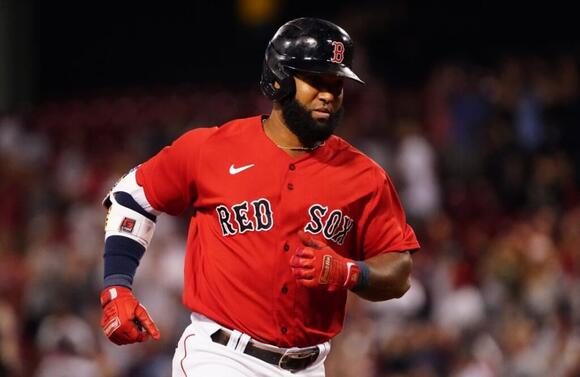 Santana, 31, was suspended by Major League Baseball for the first 80 games this season for violating the policy on performance-enhancing drugs.

Cedric Mullins led off the game with a home run and added a two-run triple in Baltimore’s four-run second inning
BALTIMORE, MD・1 HOUR AGO
Sportsnaut

The Pittsburgh Pirates have two more head-to-head meetings with the visiting Cincinnati Reds as they try to claw their way
CINCINNATI, OH・1 HOUR AGO
Sportsnaut

With a showdown against the New York Mets looming this weekend, the Atlanta Braves look to set the stage by
WASHINGTON, DC・29 MINUTES AGO

Tony La Russa will not return to White Sox this season

Chicago White Sox manager Tony La Russa will not return to the dugout this season, the team announced on Saturday.
CHICAGO, IL・2 DAYS AGO
Sportsnaut

Every time Aaron Judge steps to the plate, the cell phones go up, as if the crowd expects him to
BOSTON, MA・2 DAYS AGO
Sportsnaut

Wild-card spot in play for Phillies vs. Braves

After a frustrating five-game losing streak, the Philadelphia Phillies suddenly have won three straight. They will go for four in
PHILADELPHIA, PA・2 DAYS AGO

Right-hander Max Scherzer will make a rare appearance at one of the many sites of his postseason success when he
QUEENS, NY・1 DAY AGO
Sportsnaut

Carrying on the tradition of celebrating a championship at the White House, the 2021 World Series champion Atlanta Braves were
POTUS・11 HOURS AGO
Sportsnaut

The Canadian government made it official Monday: No more COVID-19 vaccine mandate for international visitors — including athletes — beginning
MLB・9 HOURS AGO

Jays’ 10th-inning strategy pays off in win over Yankees

The relationship between Don Mattingly and Buck Showalter goes back more than 40 years. But this week might mark the
QUEENS, NY・8 HOURS AGO
Sportsnaut

The Milwaukee Brewers will turn to right-hander Adrian Houser on Tuesday as they continue their wild-card chase against the visiting
MILWAUKEE, WI・7 HOURS AGO
Sportsnaut

Ronald Acuna Jr. hit the go-ahead RBI single with one out in the 11th inning, and the Atlanta Braves went
PHILADELPHIA, PA・1 DAY AGO

The Houston Astros concluded the road portion of their regular-season schedule at 51-30, the second-best mark in the majors. Now
HOUSTON, TX・7 HOURS AGO
Sportsnaut

The Cleveland Guardians are riding high at the right time of the regular season — down the stretch and toward
CLEVELAND, OH・9 HOURS AGO
Sportsnaut

Longtime American League Central rivals will play each other six times in the final nine games of the season, beginning
CHICAGO, IL・6 HOURS AGO