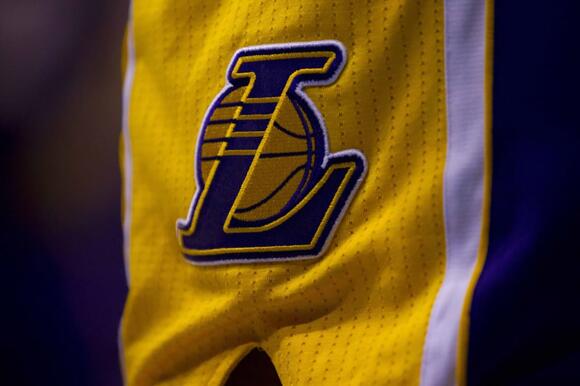 Nigel Hayes, who has played for the Los Angeles Lakers, Sacramento Kings and Toronto Raptors, has signed with Fenerbahçe Beko.

Luca D'Alessandro relayed the details of the signing.

Hayes was a star college basketball for Wisconsin, and played there for four seasons.

In the 2017 NBA Draft he did not get drafted, but he did play in nine games for the Toronto Raptors, Los Angeles Lakers and Sacramento Kings.

His career averages in the NBA are 3.0 points and 2.4 rebounds per game in those nine games for the three teams.

The 27-year-old has also played in the G League and other countries.

At his age, he is likely done playing in the NBA, because there is very limited upside when a player is already turning 28-years-old next season.

However, many players that are on the fringe of being NBA players can make a very good living overseas.

In fact, there are plenty of player who make more money in other countries than they would playing in the G League or on a minimum deal in the league.

There is no question that he will be one of the best players on his team next season in Turkey.

Magic Johnson Revealed He Gave His Wife Cookie $1 Million To Let Him Come Out Of Retirement: "I Bribed Her. I Gave Her A Million Dollars."

Magic Johnson is one of the most loved players in the history of basketball. But his highly decorated career was far from straightforward, especially towards the end of it. Johnson discovered in a physical before the 1991-92 season that he had contracted HIV. The ensuing announcement and the aftermath that followed saw Magic retire immediately from playing basketball. It was a huge thing for him to deal with at the time and became a moment in history in the United States Of America.
NBA・2 DAYS AGO
FastBreak on FanNation

Former NBA player Marquis Teague has signed with Kolossos Rodou B.C., a team in Greece. He played three seasons in the NBA with the Chicago Bulls, Brooklyn Nets and Memphis Grizzlies.
BROOKLYN, NY・5 HOURS AGO
FastBreak on FanNation

On Sept. 27, most teams around the NBA are having their first day of training camp, and Carmelo Anthony still remains a free agent. He played last season for the Los Angles Lakers, but the best years of his career came with the New York Knicks and Denver Nuggets.
NBA・2 DAYS AGO
FastBreak on FanNation

Milwaukee Bucks Were Reportedly Interested In Trading For This Player

According to Tony Jones of The Athletic (appearing on The Bill Riley Show), the Milwaukee Bucks had interest in trading for Jordan Clarkson (Utah Jazz).
MILWAUKEE, WI・8 HOURS AGO

According to Joe Vardon of The Athletic, the Cleveland Cavaliers are interested in trading for Phoenix Suns forward Jae Crowder.
PHOENIX, AZ・1 DAY AGO
FastBreak on FanNation

On Tuesday, the Washington Wizards waived Davion Mintz. The 24-year-old played the final two seasons of his college career with the Kentucky Wildcats men's basketball team.
WASHINGTON, DC・1 DAY AGO
FastBreak on FanNation

On Thursday, Brian Lewis of The New York Post reports that the Brooklyn Nets have waived Marcus Zegarowski.
BROOKLYN, NY・6 HOURS AGO
FastBreak on FanNation

The Washington Wizards have signed Devon Dotson, who played for the Chicago Bulls last season.
WASHINGTON, DC・1 DAY AGO

According to Andrew Marchand of The New York Post, Jamal Crawford will join TNT for the 2022-23 NBA season. He is now retired but has played for nine NBA teams (most recently the Phoenix Suns and Brooklyn Nets).
NBA・1 DAY AGO
FastBreak on FanNation

Amazing Photo Of LaMelo And LiAngelo Ball Is Going Viral

A photo of LaMelo and LiAngelo Ball from Charlotte Hornets media day is going viral on Twitter.
CHARLOTTE, NC・1 DAY AGO
FastBreak on FanNation

With the Phoenix Suns and veteran forward Jae Crowder looking to part ways before the start of the 2022-23 NBA season, the Milwaukee Bucks are a championship contending team who could pursue a trade for Crowder.
MILWAUKEE, WI・1 DAY AGO
FastBreak on FanNation

On Thursday, Shams Charania of The Athletic reported an update on Lonzo Ball (Chicago Bulls).
CHICAGO, IL・8 HOURS AGO

According to Shams Charania of The Athletic and Stadium, the Atlanta Hawks and Oklahoma City Thunder made a trade on Tuesday.
OKLAHOMA CITY, OK・2 DAYS AGO
FastBreak on FanNation

How to Watch Warriors-Wizards Preseason Games In Japan

The first two games of the 2022-23 NBA Preseason will take place in Japan on September 30 and October 2 between the Golden State Warriors and Washington Wizards. Here’s how to watch, with gametime and TV information, lineups, bios, plus other key information pertaining to both teams.
WASHINGTON, DC・3 HOURS AGO
FastBreak on FanNation

LiAngelo Ball has officially signed with the Charlotte Hornets. The 23-year-old is the younger brother of Lonzo Ball (Chicago Bulls) and the older brother of LaMelo Ball (Hornets).
CHARLOTTE, NC・2 DAYS AGO
FastBreak on FanNation

After missing the entire 2021-22 NBA season due to a foot injury, Zion Williamson’s return to the court for the start of the 2022-23 season makes the New Orleans Pelicans instant playoff contenders.
NEW ORLEANS, LA・1 DAY AGO

On Thursday, Golden State Warriors superstar Steph Curry tweeted three photos from Japan. On Friday, they will play the Washington Wizards for the first preseason game of the 2022-23 NBA season.
WASHINGTON, DC・7 HOURS AGO
FastBreak on FanNation

San Antonio Spurs second-year guard Joshua Primo has suffered a left MCL sprain in training camp and is in danger of missing the entirety of the team’s preseason schedule.
SAN ANTONIO, TX・5 HOURS AGO
FastBreak on FanNation

The Los Angeles Clippers have released their new Statement Edition jerseys for the 2022-23 NBA season.
NBA・5 HOURS AGO