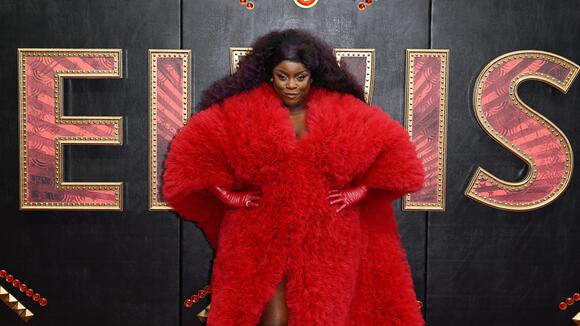 TEDxNashville will return for its first in-person event in more than two years, and the broad lineup of speakers includes a few notable Nashville-rooted artists.

With the theme "The End of Impossible," Music City's next TEDx event takes place August 27 and 28 at Schermerhorn Symphony Center.

Tickets are $89 and on sale now at tedxnashville.com. A list of speakers (per TEDxNashville) follows:

● Dr. Thema Bryant: Professor at Pepperdine and President-Elect of the American Psychological Association (APA). Her expertise acknowledges the impacts of societal oppression and addresses solutions.

● Jane Landers: Vanderbilt Professor of History, U.S. member of UNESCO’s International Scientific Committee for the Slave Route Project. The director of the Slave Societies Digital Archive and author of award-winning monographs and co-author of five other books dedicated to the history of African and Indigenous resistance in Florida and the Atlantic World.

● Michael McRay: Nashville resident and author of 2020 award-winning publication “I Am Not Your Enemy: Stories to Transform a Divided World.” Accomplished storyteller and renowned Conflict Resolution expert. As a conflict resolution consultant, McRay works with organizations around the globe.

● Mosheh Oinounou: Award Winning Journalist with 20 years of experience as a reporter and executive producer. Founder of Mo News, a curation service that breaks down headlines, and founder of Mo Digital consulting firm.

● Natalie Hemby: Nashville's Natalie Hemby has become one of the most successful and sought-after songwriters in music, with countless hits recorded by artists such as Kacey Musgraves, Maren Morris, Sheryl Crow, and Lady Gaga. The release of her 2021 solo album Pins and Needles, marks the arrival of her first new music since joining Brandi Carlile, Maren Morris, and Amanda Shires as The Highwomen, which earned Hemby a Country Song of the Year GRAMMY®, following her first GRAMMY® win for Best Song Written for Visual Media for Lady Gaga’s “I’ll Never Love Again,” from A Star Is Born.

● Drew Lynch: Comedian and actor initially known for his Golden Buzzer performance on Season 10 of America’s Got Talent (NBC). Following AGT, Lynch continued to capture audiences and found success in performing standup comedy. Lynch appeared in the final season of IFC’s hit series Maron and TBS’ Conan. All the while, he is also the host of podcast, Did I Stutter and has over two million YouTube subscribers.

● Dustin Gibson: A published astrophotographer and entrepreneur. Co-owner and CEO of Oceanside Photo & Telescope, which is the largest telescope retailer in the world and has frequently appeared on the Inc. 5000 list. Assisted institutions such as NASA, JPL, and MIT. Serves as an appointed council member of the Middle Georgia Economic Advisory Council and works towards transforming astronomy through AI strategy.