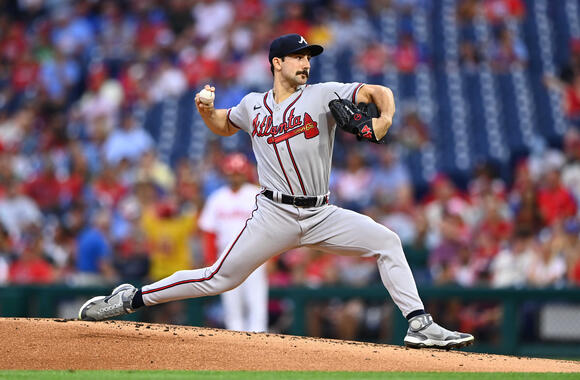 On Wednesday Bally Sports Atlanta Braves broadcaster Chip Caray joined Andy Bunker and Randy McMichael from the Braves’ team bus on the way to the third and final game of the series against the Philadelphia Phillies. The conversation started off by recapping the Braves 6-3 win over the Phillies last night led by a strong start from Spencer Strider.

“Well let me start with body size – Billy Wagner, I mean he (Spencer Strider) is built just like Billy,” Caray responded when asked who Strider reminded him of.

“But as far as strikeout stuff and power, fastballs and sliders I mean it’s Kerry Wood. He reminds me an awful lot of Kerry,” Caray added.

You can listen to Andy & Randy Monday-Friday from 10a-2p.

Are Braves preparing to move on from Mike Soroka?

The Braves recently signed Charlie Morton to an extension. That could mean that Mike Soroka, who has been battling injury, is out of Atlanta at the start of next season.
ATLANTA, GA・2 DAYS AGO
92.9 The Game

Andy & Randy were joined by 92.9 The Game Atlanta Braves insider Grant McAuley who talked about if tonight’s game against the Miami Marlins will be Jake Odorizzi’s final outing in a Braves uniform.
MLB・2 HOURS AGO
92.9 The Game

By the time the dust had settled on the field at Truist Park over the weekend, the defending World Series champs are two games up over the Mets and looking to secure the fifth straight division title
QUEENS, NY・1 DAY AGO
92.9 The Game

There hasn’t been a back-to-back World Series champ since the Yankees completed a three-peat in 2000. ESPN’s Buster Olney told 92.9 The Game that he thinks the Braves are about to bring that drought to an end.
MLB・3 HOURS AGO

Like Alabama under Nick Saban or the Patriots with Belichick & Brady, the Braves can never be counted out, and they proved it once again this weekend with their sweep of the Mets.
ATLANTA, GA・1 DAY AGO