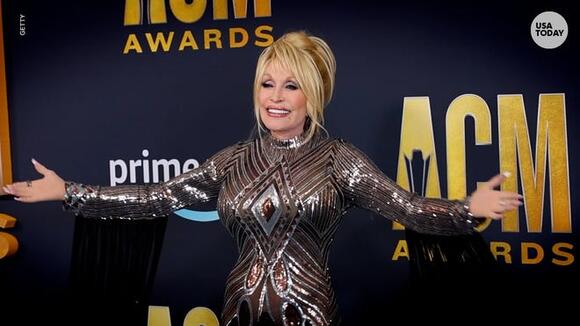 Rob Halford was thrilled to learn that Judas Priest had again been nominated for induction to the Rock and Roll Hall of Fame – a third time he had hoped would be a charm.

"It's a buzz," Halford told The Arizona Republic, part of the USA TODAY Network, in March.

He was doing his best not to dwell on the fact that heavy metal pioneers as iconic as Priest had been eligible for induction for 23 years to no avail.

"We want to get more of this kind of recognition in the Rock Hall, because there's just a very limited supply of this style of very important, powerful, potent music that for a long time was overlooked and was marginalized and pushed to the side," he said.

"So if we do get it in, I think that's great. And not only for Priest, but for metal, for our fans, for everybody that works with us. It's a celebration and I hope we'll be able to celebrate for real this time."

'You have to draw the line':Pat Benatar refuses to sing 'Hit Me With Your Best Shot' after gun violence

In May, Halford learned that Judas Priest had made it in without actually being inducted as performers, receiving a bit of a consolation prize.

The Musical Excellence Award is, according to the Rock Hall's website, presented to “artists, musicians, songwriters and producers whose originality and influence creating music have had a dramatic impact on music.”

Those all seem like reasons to have been inducted as performers, a point not lost on Halford, who discussed the situation on a Zoom call from Slovakia during a conversation about the making of "Screaming for Vengeance."

Question: How did it feel to be given the Musical Excellence Award by the Rock and Roll Hall of Fame this year?

Halford: Why haven't they given us the the same title as all of our friends. Black Sabbath, for example. There's a different tag, isn't there?

Q: There is a different tag. That's why I wondered how you felt about it.

Halford: Well, yeah, I was pissed. I was a bit pissed. At the end of the day, does it matter? Some days, I go, "No, it doesn't matter. We're in the Rock and Roll Hall of Fame. Be grateful. Shut the hell up."

And I'm like, "Yeah, but I want to be with that bunch of musicians over there that have got the performance or whatever it is that they've got." I don't know why they gave us the Musical Excellence Award. I have no clue.

I just felt a little bit like, "Well, Sabbath got this. So why can't we have that?" Not that I'm jealous of Sabbath. I'm just talking about this tag that they give it.

Why do they put these tags on the damn thing? Why don't they go, "Welcome. You're in the Rock and Roll Hall of Fame" and leave it at that.

A lot of our fans went, "What the hell? ... Why don't you give them like everybody else has got?"

Q: Yeah, I was disappointed that they gave you that because I thought ...

Q: I thought, well, now, they're not going to induct them for real, right? Because they took care of it with this Musical Excellence Award. Like, I'd rather them not have given you anything because then maybe next year you get inducted. That was my thinking.

Halford: My thinking exactly, Ed. I don't know. It's as though we got this far. We're, like, one step away, you know? I know it's silly, but it's just frustrating.

Halford: And on the other side, it's like, "Great. Everybody else got that and we got shafted with this" (laughs). Judas Priest are still the Rodney Dangerfield of heavy metal. They can't get no respect.

'I feel honored':Dolly Parton 'never meant to cause trouble' with Rock & Roll Hall of Fame induction