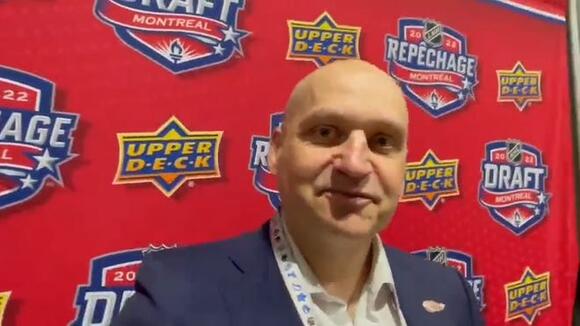 The Detroit Red Wings haven't even begun training camp and already two defensemen will start the season on the injured list.

On the same day the Wings announced they signed Robert Hägg, they announced Mark Pysyk, signed in mid-July, has undergone surgery to repair an Achilles tendon, with an expected recovery in the 4-6 month range. Jake Walman will miss the start of the season after undergoing shoulder surgery.

Chiarot and Määttä, both of whom shoot left, were signed to be partners for Moritz Seider and Filip Hronek and form the Wings' top four corps.

Simon Edvinsson, a 2021 first-round pick, is expected to compete for a spot in Detroit's lineup.With Pysyk out at least through November, Hägg, Steven Kampfer, and Jordan Oesterle are prime candidates to audition to be Edvinsson's partner.

After one preseason game, it's safe to say the Detroit Pistons have a few things to work on. They trailed for all 48 minutes in their preseason debut against the New York Knicks, as mental errors led to a blowout 117-96 loss at Madison Square Garden. The Pistons turned the ball over 21 times, leading to 26 Knicks points, and shot just 41.3% overall and 31.7% from 3.
DETROIT, MI・10 HOURS AGO
The Detroit Free Press

For a team not expected to make the 2023 NBA playoffs, the Detroit Pistons are getting a lot of love from those in the league. Some general managers are enamored with Troy Weaver's latest draft class and think the Pistons' youngsters are the league's best, according to an nba.com survey of the...
DETROIT, MI・18 HOURS AGO