Many of our Readers may recall Shickley from his art, animations and other work he created for South King media from when the former Big Picture High School student interned for us – starting when he was just 14-years-old – before running off to Evergreen College to get his B.A. in Art.

He has since evolved into quite the talented animator and storyteller. 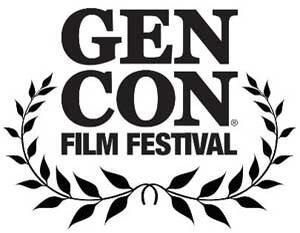 “I’m excited to share the film with the passionate audiences that attend Gen Con,” Shickley said. “Gamers love world building and outrageous stories and characters, and those are my goals with Fred Crisman. This is definitely a great match between content and audience.”

Shickley’s Crisman film is an animated, science-fiction and comedy odyssey, inspired by the true and epic stories of iconic Tacoma resident Fred Lee Crisman. In the course of seeking to protect our freedoms, Fred Crisman became a frequent flyer in the science fiction pulp magazine industry during the 1940s and 1950s. He claimed involvement in UFO sightings (including The Maury Island Incident), alien encounters and combat during WW II, and conspiracy theories reaching across decades, to and beyond the grassy knoll. Fred Crisman: Cave of the Space Nazis! features the incredible voice talent of Northwest legend Pat Cashman (Almost Live!) in the title role. Local filmmakers Scott Schaefer and Steve Edmiston, collaborators on The Maury Island Incident, serve on the project as producers.

“I thought for sure local paranormal buffs would have heard about Fred Crisman’s unbelievable adventures, but to my surprise Gen Con was just as enthusiastic,” Shickley added. “In fact, the notorious ’Deros’ that Crisman encountered in his letters ended up as an actual species within Dungeons and Dragons! Isn’t that just bizarre, and a testament to the creativity (or accuracy) of Fred L. Crisman?”

“While Bryan’s film is crafted as a television pilot for an amazing historically-based, comedic science fiction series, it certainly stands alone as a short,” Schaefer said. “With the film’s homage to historical intrigue, conspiracy, and cover-ups, it’s all part of the fun. And getting Pat Cashman to voice Crisman (“Cashman is Crisman!”) was another great move. We plan to have more fun on the festival circuit, but then it’s down to work – Bryan is already underway churning out a full season of episodes.”

“Huge CONGRATS to the talented Mr. Shickley and his team,” Schaefer added. “We can now say ‘we mentored him when…'”

Malala Yousafzai used Variety’s Power of Women event, presented by Lifetime, to make the case for representation in Hollywood, specifically highlighting the fact that Muslim actors only make up 1% of popular television series leads. “Abbott Elementary” creator Quinta Brunson presented Yousafzai with her Variety honor, calling her one of “the most influential advocates of our time.” Yousafzai, who remains the youngest Nobel Laureate in history, recently revealed the first slate of projects out of her production company Extracurricular. The outfit, which is headed by Yousafzai and her head of production Erika Kennair, struck a multi-year programming deal with Apple TV+...
CELEBRITIES・36 MINUTES AGO
Deadline

Hurricane Ian was somewhere between a Category 2 and 3 storm lumbering toward Orlando on Wednesday night when guests at Walt Disney World hotels got some version of the following message: “For your safety, we ask that you shelter indoors and do not leave your resort building until further notice.” Deadline understands that the resort’s hotels are at capacity after Disney closed down its Orlando parks for two days and told all hotel guests yesterday that they must be checked in by 3 p.m. They were also asked “to shelter in place at their resort for the duration of the storm.” Somewhat...
ORLANDO, FL・38 MINUTES AGO