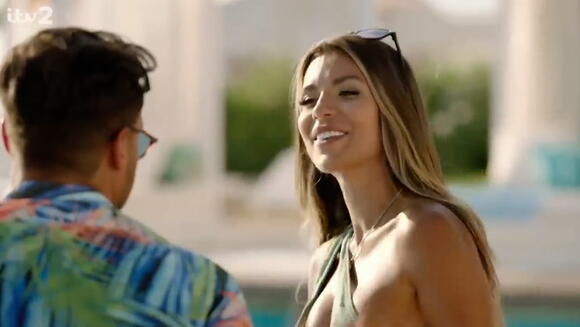 Whitmore was hosting the companion show on Sunday (17 July), when talk turned to a movie night video clip featuring Ekin-Su and ex-islander George.

In the clip, it was suggested that the pair got up to something under the covers, with Ekin-Su telling George not to “tell the boys” the next day. However, after questioning from Davide, with whom she is coupled up, Ekin-Su, visibly upset, repeatedly promised him that nothing happened.

Speaking on Aftersun , Whitmore said: “Once again, Ekin-Su swore that nothing happened with George and it seems Davide doesn’t believe her.”

Singer Tom Grennan, who was guesting on the episode, said: “It deffo happened though, didn’t it,” with comedian Darren Harriott stating: “She said her head never turned but I think her hand might have turned, and possibly wrist.”

Viewers felt that Whitmore should have shut the conversation down; Ofcom announced it had received more than 400 complaints about the episode due to the discussion, as well as an interview with former contestant Jacques.

ITV defended Whitmore, stating: “Laura is the presenter of the show, and part of that role is to pose questions to the panel and discuss events in the villa. We do not condone trolling against either our host or our Islanders and any subsequent elevation of these comments.”

Many felt that the interview with Jacques was ill-timed considering viewer concern surrounding his mental health. Jacques decided to leave the villa after a tumultuous few days with Paige, and fans couldn’t help but notice the episode of Aftersun he appeared on featured clips of Paige and Adam kissing. 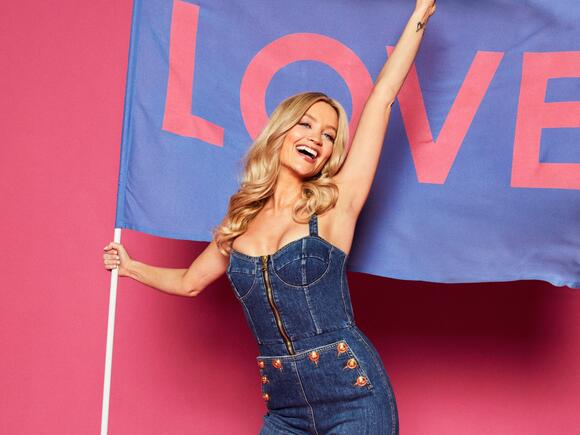 “We had various measures in place to ensure Jacques’ welfare was prioritised at all times ahead of and during his appearance on Aftersun ,” ITV said in response to the concern.

“This included a full briefing with show producers to outline the show’s content and likely questioning, a conversation with Laura before and after the show was recorded, and chaperoning from both a welfare producer and a member of his family while he was in the studio.”

Love Island airs at 9pm on ITV2 every day apart from Saturdays. Episodes are available to watch the following morning on BritBox.

It doesn't seem like Prince Harry is making amends with his family any time soon. When Prince William and Prince Charles banned Meghan Markle from traveling to Balmoral on the day Queen Elizabeth died, the red-headed prince blew off his brother and father. Though Harry, 38, made it clear that the former actress, 41, should be there, Charles told him via phone it was "not appropriate." “Harry was so busy trying to get Meghan to Balmoral and rowing with his family that he missed the flight," a source claimed. "Charles has an open invitation for Harry to dine with him...
CELEBRITIES・1 DAY AGO
Insider

Prince Harry and Prince William walked side by side at the Queen's funeral on Monday. The decision wasn't a PR stunt, according to King Charles' former butler Grant Harrold. Harrold said the brothers showed they were "a united family" leading up to the funeral.
CELEBRITIES・1 DAY AGO
TMZ.com

Todd Bridges, who famously played Willis on "Diff'rent Strokes," has tied the knot for a second time ... this time with a low-key Bev Hills ceremony. Sources at the wedding tell TMZ ... Todd married a woman named Bettijo on Wednesday at Greystone Mansion & Gardens, and it was an intimate and exclusive affair for those closest to the bride and groom.
BEVERLY HILLS, CA・1 DAY AGO
The Independent

The Prince and Princess of Wales did not cancel or rearrange their family skiing holiday to accommodate the return of Prince Harry and Meghan to the UK in September, a new book claims. In the forthcoming book The New Royals: Queen Elizabeth’s Legacy and the Future of the Crown, it...
CELEBRITIES・2 DAYS AGO

Sign up for the View from Westminster email for expert analysis straight to your inbox. In an exclusive interview with Good Morning America this week, Ye, the rapper formerly known as Kanye West, appeared to publicly express regret for his treatment of Kim Kardashian, his ex-wife and mother of his four children. “This is the mother of my children, and I apologize for any stress that I have caused, even in my frustration, because God calls me to be stronger,” Ye told Linsey Davis.
CELEBRITIES・1 DAY AGO
The Independent

King Charles has been pictured with his red box for the first time.The image, taken last week, shows the King carrying out official government duties in the Eighteenth Century Room at Buckingham Palace.Red boxes contain papers from government ministers in the UK and the realms, as well as Commonwealth representatives.Documents are sent from the private secretary’s office to the King, wherever he is around the world, in a locked, red despatch box.These include papers which require a signature, briefing documents and information about forthcoming meetings.In the picture, Charles is sitting at a desk. Papers, one tied with a ribbon, are...
U.K.・18 HOURS AGO
The Independent

Martin Scorsese was left feeling “deeply disturbed” after watching the latest movie from indie film house A24.The legendary director wrote a rave review of Ti West’s new horror movie, Pearl, starring Mia Goth and sent it to A24, which was subsequently published by /Film.Goth plays the titular role of a young woman living with her infirm and paralyzed father and domineering mother in their Texas farmstead. It’s a prequel to West’s previous A24 film X, which was released earlier this year.In his review, Scorsese raved: “Ti West’s movies have a kind of energy that is so rare these days,...
MOVIES・2 DAYS AGO
The Independent

Former Riverdale actor Ryan Grantham has been sentenced to life in prison for the murder of his mother in March 2020.The former child star admitted to shooting his mother, Barbara Waite, in the back of the head as she played piano in their home in Squamish, near Vancouver.Grantham, who played a supporting role in the CW show, also allegedly plotted to kill Canadian PM Justin Trudeau.He will spend the rest of his life behind bars, with no possibility of parole for the first 14 years.Click here to sign up to our newsletters. Read More Mother removes son's bunk bed slats in revenge prankMoscow-held regions of Ukraine vote in referendum on whether to join RussiaMini-budget plans: Planned duty rates increase on alcohol will be axed
PUBLIC SAFETY・1 DAY AGO

Author Hilary Mantel has died “suddenly yet peacefully” aged 70, her publisher Harper Collins said on Friday 23 September. Fans and peers of the prolific British writer are paying tribute to her many critically adored works, including the Wolf Hall trilogy set during the Tudor period. As well as writing about historical royal figures, Mantel was also known for her observations about the current British royal family. Read The Independent’s tribute to Hilary Mantel.In September last year, she said that she did not believe that Prince George, the eldest son of the Prince and Princess of Wales, would ever...
BOOKS & LITERATURE・1 DAY AGO
HollywoodLife

Kim Kardashian closed Dolce & Gabbana’s Spring/Summer ’23 show in style. The Los Angeles native, 41, looked absolutely sensational in a tight black sequin gown with spaghetti straps as she waved to the clapping audience in Milan, Italy on Saturday, Sept. 24. After walking behind a set of opening black doors, she sashayed down the runway before being joined by designers Domenico Dolce and ‎Stefano Gabbana. She kept her blonde hair in a glam up do, accessorizing with just a silver cross necklace for the fashion show.
BEAUTY & FASHION・19 MINUTES AGO
The Independent

Paris Hilton shocked fans as she took to Milan Fashion Week for Versace’s show - this time on the runway rather than the front row.The socialite donned the hot pink colour that has become her signature over the years, as she strutted her stuff in a glittery dress and veil.41-year-old Paris also wore fingerless gloves, similar to those she’s regularly seen in at her DJ sets.Joining her on the catwalk were the likes of Bella and Gigi Hadid, and Irina Shayk.Click here to sign up for our newsletters. Read More Culture secretary hints at scrapping BBC license feeRyan Reynolds horrified as he’s recorded in toilet on ‘Welcome to Wrexham’Kanye West 'absolutely' has 'political aspirations' for the future
DESIGNERS & COLLECTIONS・5 HOURS AGO
The Independent

One of Queen Elizabeth II’s pallbearers kept his role in the late monarch’s funeral so quiet, even his mother did not know he was involved until the last minute.David Sanderson was one of the eight soldiers from the 1st Battalion Grenadier Guards who was selected to carry the Queen’s coffin during the state funeral on Monday (19 September).But his family did not know about his important role in the ceremony until they saw pictures of the rehearsal online.Sanderson’s mother, Carolyn, told MailOnline that she had “no idea” because “it was all private to the army”.It wasn’t until they were...
U.K.・2 HOURS AGO

Former teen pop star Greyson Chance has claimed that he was “controlled” then “completely abandoned” by Ellen DeGeneres after she made him a star. Chance was just 12 years old when he appeared on The Ellen DeGeneres Show after a video of him singing Lady Gaga’s “Paparazzi” went viral online in 2010.
CELEBRITIES・22 HOURS AGO