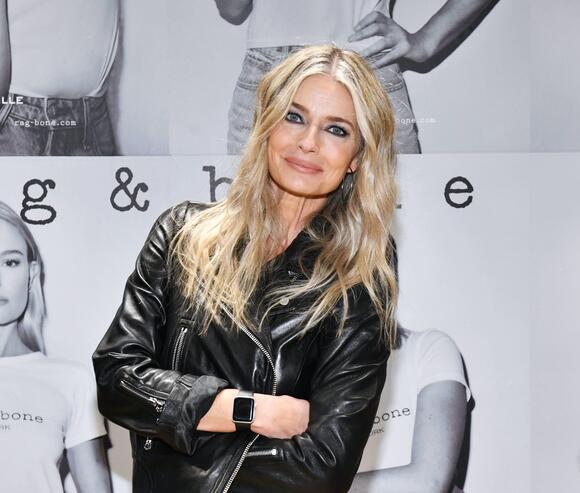 Paulina Porizkova is setting the record straight on the difference between loneliness and being alone.

The 57-year-old supermodel kept it real by sharing her vulnerabilities on being single and how she feels empowered with her “choice” to not be in a romantic relationship.

Porizkova was separated from her husband of 30 years, Cars frontman Ric Ocasek , when he passed away at 75 in 2019.

In an Instagram post, Porizkova shared an image of herself lying on the side of a bed with her body partially wrapped in a sheet.

"I still sleep only on one side of the bed. After almost an entire lifetime of sharing my space with someone else, I'm still keeping it open — for someone else,” she began her caption.

She continued: “We actually ‘need’ love to survive. Like we do air and food and drink. This is how we’ve been built. So why is it so easy to say ‘I need food, I need a glass of water, I need some air’ - but terrified of admitting our emotional needs?”

In an effort to curtail people misinterpreting her comments as a way of looking for a boyfriend, Porizkova included the disclaimer: “Gentlemen, this is not a call for your company- or a dating site- I’m merely making a point.”

“I spoke of loneliness, because it’s something I’ve been battling with long before my husband died. There is nothing quite like feeling lonely in a marriage, or surrounded by a group of people - it’s a distinct feeling of being a ghost,” she wrote. “You simply don’t register. That’s being lonely. Being alone is a choice. You can be alone and not feel the least bit lonely. Because you have chosen it.”

Porizkova previously discussed how she felt “worthless” towards the end of her marriage to Ocasek. The couple shared two adult sons.

Despite what some may think of her social media posts, Porizkova stated how she’s very content with her single status.

“I’m writing this as a reflection, not a cry for help as many of you interpreted it,” she continued. “I’m happily alone - by choice for now - and have no lack of friendships or available relationships.”

In 2021, Porizkova dated writer/director Aaron Sorkin. Following their split, she expressed gratitude for the relationship. "I'm so grateful for his presence in my life,” she said of Sorkin. “He helped heal me and reclaim myself.”

On a brand new episode of ‘Life is Short with Justin Long,’ Michael Cera joins Justin to talk about what it’s like to be a first-time dad, how he met his wife, and why he has kept away from social media all these years.
FAMILY RELATIONSHIPS・4 DAYS AGO
Audacy

Paramore on new music and why they took a break: 'We realized nothing is worth risking our health'

After the excitement of yesterday’s new single drop of “This Is Why,” Paramore’s first new music in five years, the band is giving fans a look at why they chose to slow things down following the promotion of 2017’s After Laughter.
MUSIC・2 DAYS AGO
Audacy

Mila Kunis and Ashton Kutcher played high school sweethearts for 8 years on ‘That ‘70s Show’ and now the married couple are back again for the show’s spinoff where Kunis called acting opposite her now husband ‘uncomfortable.’
CELEBRITIES・3 DAYS AGO
Audacy

The “That ‘70s Show” actress appeared on ‘Jimmy Kimmel Live!’ this week but before she went on stage, she noticed a few garments missing in her bag and had to think fast!
CELEBRITIES・2 DAYS AGO