“Nope” stars Steven Yeun and Brandon Perea call the project Jordan Peele’s “most ambitious film yet,” while talking to CinemaBlend’s Eric Eisenberg. Watch as they discuss working with the acclaimed director, including “homework” they were given ahead of shooting, how they formed their characters, some of their favorite details on set and more!

00:21 - The 5 Movies Jordan Peele Asked Brandon Perea To Watch Before He Even Got A Script

01:12 - How Steven Yeun and Jordan Peele Approached The Character’s Traumatic Past

02:53 - Steven Yeun’s Favorite Hidden Details Of His Character on Set

03:41 - How Brandon Perea Completely Changed The Character of Angel

07:05 - Steven Yeun Has A Very Deep Meaning Behind The Shoe 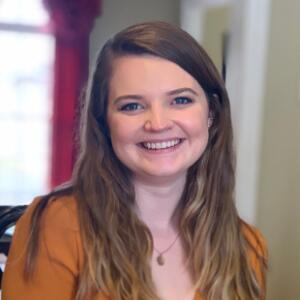 Katie was born and raised in St. Louis, and got her degree in Journalism even though she was the first to raise her hand when a professor asked "who here hates reporting?" She loves everything about editing video content, which probably stems from her obsession with movies and TV since she was young. When she's not dominating at Scene It? or crafting a video, she's probably snuggling with her dog or re-watching Game of Thrones for the seventh time.

It’s been a little over six months since Will Smith infamously slapped Chris Rock on stage at the Oscars, and many are still discussing the polarzing incident. While the general public has had plenty of thoughts on the matter, plenty of celebrities have weighed in as well. One of the high-profile stars that chimed in with thoughts is Kevin Hart, who’s good friends with both Smith and Rock. Hart has never been one to shy away from giving honest thoughts and, not too long ago, he got real about the slap and how the world should be treating the situation at this point.
CELEBRITIES・1 DAY AGO
Cinemablend

From Kevin Costner To Tom Hanks: Yellowstone's Kelly Reilly Has Landed Her Next Big Screen Role

With Yellowstone’s fifth season set to take over television in November, having just unveiled its first big trailer, viewers are ready to watch Kelly Reilly bring Beth Dutton’s delectably ruthless energy back to the small screen. It looks like we don’t even have to wait until it debuts to learn where Reilly will next bring her talents. She’ll be trading off one Hollywood legend co-star in Kevin Costner for another in Tom Hanks, as she’s been tapped to join the latter in the upcoming Miramax and Sony drama Here.
CELEBRITIES・2 DAYS AGO
Cinemablend

Will Smith's New Movie Emancipation Had Its First Screening, Here's What People Are Saying

Will Smith's highly anticipated film Emancipation had a private screening, and the first reactions are in.
MOVIES・15 HOURS AGO
Cinemablend

Idris Elba had an idea that went from a simple pitch to a major strategy for shooting Three Thousand Years of Longing, and Tilda Swinton was totally on board.
MOVIES・19 HOURS AGO

Robert Eggers’ Nosferatu Remake Is Back On, With Stellar Replacements For Harry Styles And Anya Taylor-Joy

Robert Eggers has set his sights back on his Nosferatu remake, and he’s found stellar replacements for Harry Styles and Anya Taylor-Joy.
MOVIES・2 DAYS AGO
Cinemablend

Smile Ending Explained: What Was Behind Those Deadly Grins?

Here's how the latest horror release, Smile ended and what it means for the movie's larger story.
MOVIES・2 DAYS AGO
Cinemablend

Disenchanted: Release Date And Other Things We Know About The Disney Sequel

Here's what we know about the long-awaited sequel, Disenchanted!
MOVIES・2 DAYS AGO
Cinemablend

Remember When Bruce Willis Supposedly Sold His Deepfake Rights? Not So Fast

There's been a new development in the alleged sale of the rights to Bruce Willis' likeness.
CELEBRITIES・13 HOURS AGO

Adam Sandler On When He'll Return To SNL As Host, And What He Thinks Of The Show's Current Era

Following his acclaimed performance in Hustle, Adam Sandler reflects on modern day SNL and whether he wants to return as host or not.
CELEBRITIES・2 DAYS AGO
Cinemablend

Beauty And The Beast: A 30th Celebration: Premiere Date And Other Quick Things To Know About The ABC Special

Beauty And The Beast: A 30th Celebration will air on ABC this fall. Find out the exact date and other important details about this highly anticipated special.
MOVIES・14 HOURS AGO
Cinemablend

Kenya Barris discussed what he learned while working with Kid Cudi on Netflix's Entergalactic.
TV & VIDEOS・2 DAYS AGO

7 Great Puerto Rican Actors And Where To Watch Them

Check out these great Puerto Rican actors when you get the chance!
THEATER & DANCE・2 DAYS AGO
Cinemablend

Violent Night is the latest black comedy Christmas movie to come to screens soon. Here are six quick things we know about it.
MOVIES・1 DAY AGO
Cinemablend

After playing Lex Luthor on Supergirl, Jon Cryer is returning to his comedy roots.
TV & VIDEOS・2 DAYS AGO
Cinemablend

Sons Of Anarchy's Charlie Hunnam Has Revealed Jax Teller May Return. This Is Not A Drill

Sons of Anarchy's Jax Teller may once again ride through the pop culture zeitgeist, thanks to an update from Charlie Hunnam.
MOVIES・11 HOURS AGO
Cinemablend

The Walking Dead has returned to close out its run for all the remaining survivors, and I had quite a few thoughts while watching "Lockdown."
TV SERIES・8 HOURS AGO
Cinemablend

Upcoming Game Of Thrones TV Shows: What's Next For The Fantasy Franchise

The world of A Song of Ice and Fire is massive. Here is what is coming up next for the famous fantasy franchise.
TV SERIES・1 DAY AGO
Cinemablend

Hugh Jackman teaming up with Ryan Reynolds for Deadpool 3 is a dream come true, and I won't hear otherwise.
MOVIES・2 DAYS AGO
Cinemablend

Johnny Depp and Amber Heard's trial has already been made into a streaming movie.
CELEBRITIES・2 DAYS AGO