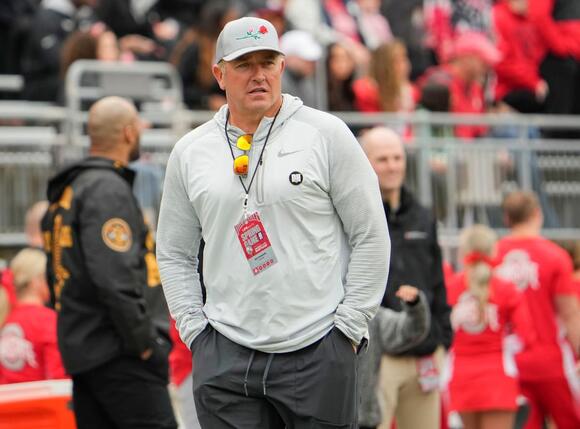 This all of course stemming from the decision by USC and UCLA to abandon the Pac-12 in favor of the Big Ten. It is hard to blame them for the decision in terms of a revenue standpoint, but the move has let schools like Stanford, Oregon, and Washington among others all waiting to see what happens.

There are rumors of a merger with the Big 12, adding other teams , and of course the conference folding all together causing for the remaining 10 Pac-12 schools to seek a new conference elsewhere. Regardless of how it is done, there is one thing for certain and that is that there will be a number of mega-conferences. Something Kirk Herbstriet spoke about today on ESPN's First Take.

Whether or not all the teams in the Pac-12 will be included in one of these three power conferences is unknown, but for a school like Stanford who ranks as one of the most attractive programs in the country they have to like their chances. While we all know the college scene is headed to mega-conferences, many people were there would only be two conferences contrary to Herbstreit's belief there will be three.

It is unlikely there will be a decision anytime soon, but that doesn't change the fact that everyone is waiting on the edge of their seats in anticipation to see what happens to their favorite program.

Halftime recap of Stanford's Week 5 game against No. 13 Oregon

Stanford missed out on a handful of opportunities in the first half
STANFORD, CA・2 DAYS AGO
All Cardinal

WATCH: David Shaw addresses the media after the tough loss to No. 13 Oregon

The head coach was evidently disappointed in the team's performance and expects better
EUGENE, OR・1 DAY AGO
All Cardinal

What the Cardinal need to do to get back on track

David Bailey ranked as one of college football's best freshman

Stanford freshman David Bailey is proving why he was so highly touted coming out of high school
STANFORD, CA・15 HOURS AGO
All Cardinal

The Stanford Cardinal are well represented in the NFL
STANFORD, CA・12 HOURS AGO
All Cardinal

What went wrong in Stanford's loss against No. 13 Oregon

The Cardinal continue to struggle this season
STANFORD, CA・1 DAY AGO
All Cardinal