After nearly seven years of playing for the U.S. Women's National Team, Emily Sonnett has scored her first-career international goal. The UVA alum scored the first goal in Team USA's 3-0 victory over Costa Rica in Thursday's semifinals of the Concacaf W Championship, which serves as qualifiers for both the 2023 FIFA Women's World Cup and the 2024 Paris Olympics. 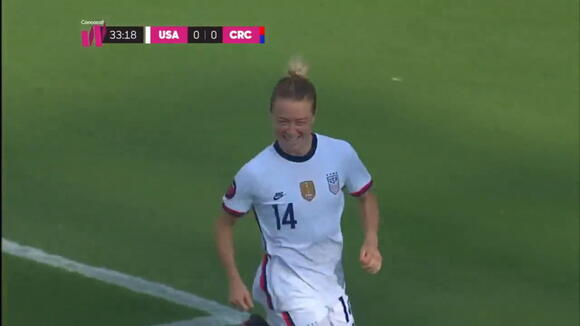 Sonnett was first called up to the USWNT when she was still a student at UVA back in October 2015. Since then, she has made 68 appearances and was part of the team that won bronze at the Tokyo Olympics as well as the team that won the 2019 FIFA World Cup.

Along with fellow UVA alum Becky Sauerbrunn, who serves as the team captain for the USWNT, Sonnett and the Americans will play Canada for the Concacaf W Championship on Monday at 10pm in Monterrey, Mexico.

Individual and Team Stats from Virginia's Loss at Syracuse

UVA Football: How to Watch Virginia Cavaliers vs. Syracuse Orange

How to watch or stream the Virginia football game at Syracuse
CHARLOTTESVILLE, VA・1 DAY AGO
Cavaliers Now

The Boston Celtics have been dominating the NBA news cycle for the last few days for all the wrong reasons due to the inexplicably problematic decisions of head coach Ime Udoka to pursue an intimate relationship with a team employee, the details of which remain murky. In an attempt to...
BOSTON, MA・14 MINUTES AGO

UVA erased a 16-point halftime deficit, but Cuse came back to win the game on a late field goal
CHARLOTTESVILLE, VA・13 HOURS AGO
Cavaliers Now

The former Wahoo returns to Indiana for his seventh NBA season
INDIANAPOLIS, IN・20 HOURS AGO